The Texas Progressive Alliance is anticipating a more reality-based debate between Tim Kaine and Mike Pence tomorrow night as it presents the best of the left of Texas from last week. 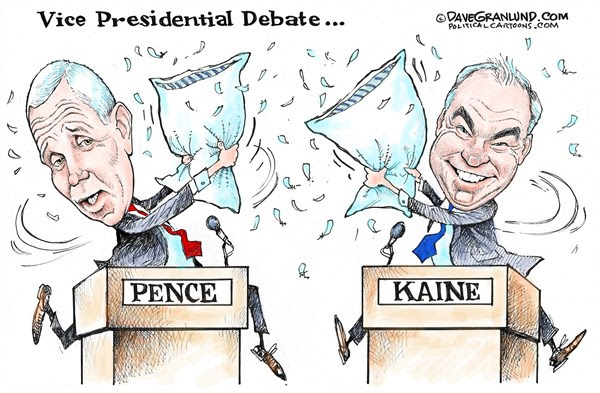 Off the Kuff looks at the sharp increase in voter registration numbers around the state.

Back to Ohio for PDiddie at Brains and Eggs, along with some words from Hillary Clinton about Sandernistas from behind closed doors, and a few voting provisos for those in Harris County.

CouldBeTrue of South Texas Chisme is sick of Republicans siding with the rich and powerful over the health and well being of Texas citizens. Look to the Texas Legislature to be the great corrupt fixer.

Socratic Gadfly tackles the claim that third-party voters assert there's no difference between Republicans and Democrats, and finds it wanting.

Texas Leftist feels encouraged about the Astrodome's long-term prospects after the Harris County commissioners voted to construct a two-level parking garage in the underground portion.

Neil at All People Have Value offered his artist's statement as public artist in Houston and America. APHV is part of NeilAquino.com.

Grits for Breakfast asks what we should teach ninth-graders so that police won't shoot them, a subject John Oliver finds thoroughly depressing.

The Texas Election Law Blog writes about the travails of voting by mail.

Popular Resistance profiles the Texas activists that fought KXL who are now girding up to stop the Trans-Pecos pipeline in West Texas.

Better Texas Blog calls for a renovation, not a complete teardown, of Texas' school finance system.

BOR interviews Stephanie Chiarello Noppenberg, the creator of the political satire variety show Over the Lege.

Eileen Smith watched the debate so you didn't have to.