The blue wave is gathering strength. 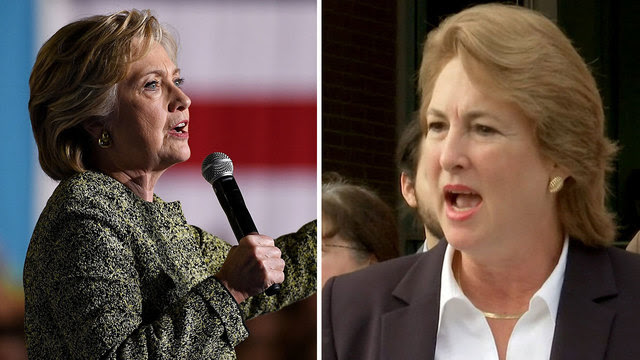 Clinton received support from 43 percent of Harris County voters who said they are certain or very likely to vote, compared to 36 percent for Trump. If those numbers hold, they would mark a far higher margin of victory for Clinton in Texas’ largest county than that for Barack Obama, who beat Republican John McCain by 1.63 percent in Harris County in 2008 and Mitt Romney by less than 1 percent in 2012.


Gary Johnson gets 6%, Jill Stein has 1%, and 15% are 'undecided', 'none of the listed candidates', or declined to answer.  Not wild about this poll or its mostly undisclosed demographics, but the results don't feel particularly wrong to me, save the high number of undecideds for a "certain to vote/likely to vote" screen.   For example, look at these:


But the screwiest part includes this item:


Really?!  Some ethnicity was oversampled (and it wasn't white men over the age of 50).

The latest survey appears to show a decided shift toward the Democratic Party in Harris County over the past four weeks, when an earlier Hobby School survey showed district attorney candidates Anderson and Ogg in a virtual tie, 30 percent to 29 percent, and Hickman beating Gonzalez 36 percent to 30 percent. Because the wording of questions on the two surveys was not identical, Hobby School officials said it is difficult to draw direct comparisons.


Gonzalez is the last candidate I would have thought would need to come from behind, but it looks as if he's doing exactly that.  I think these results bode well for other county executive races, like Vince Ryan's and Ann Harris Bennett's, and certainly the Democratic judicials.  Since early voting begins on Monday and so many folks that I know are ready to get it over with, it's going to be interesting to see how the EV totals match up with Election Day.  (That's what we have Charles for, thankfully.)  One last thing to note about this poll.

A Hobby School statewide survey released Tuesday found that Trump leads Clinton by only 3 percentage points in Texas, equal to the margin of error.


I just don't think it's going to be that close.  More like Trump by six or seven points, almost certainly less than ten, but not three or even four.  Who among you reading this is waiting until the last minute to decide?  Who's holding out until November 8 just in case there's an October (or November) surprise?  Let's hear from you in the comments.
Posted by PDiddie at Friday, October 21, 2016