A wrap of last night's shitstorm is coming later today; while you wait ... did you know #NeverTrump candidate Evan McMullin's running mate is a Kingwood native named Mindy Finn? 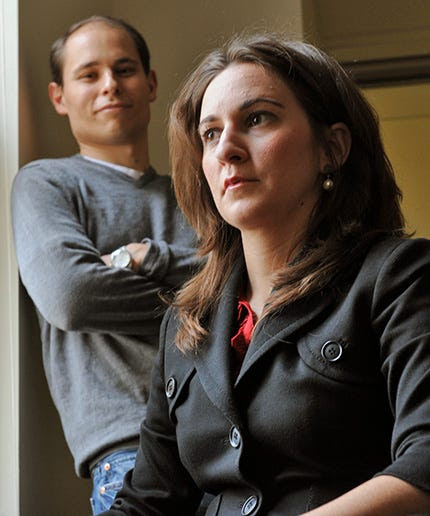 Finn, 35, has worked for former President George W. Bush, Mitt Romney, Twitter and Google. This cycle, she was a senior digital strategist for the RNC and oversaw digital programs for the NRSC’s targeted races in 2014.

In an exclusive interview with ABC News, Finn explained why she wanted to join the unlikely never-Trump ticket.

“I’ve been part of the group opposing Donald Trump in the Republican Party really since he announced last summer and as he continued to alienate and vilify people in this country” and while she has “encouraged others to run for office, this is now an opportunity to walk the walk.”


Disillusioned Republicans and sober Libertarians: this is your ticket.  They're good to go as a write-in here in Texas and thirty or so other states.

In 2012, she worked for Twitter, leading their politics and advocacy sector. A Republican activist who has worked to encouraged female Republicans to run for office, she also founded the non-profit Empowered Women, a network to connect center-right and independent women.

She described seeing Republicans coming around to Trump as “pretty discouraging,” but now she is “thrilled to be on the ticket” and she is “all in for the right reasons.”

“This is how it should feel to participate in a democracy,” she said. "I’ve also been incredibly impressed by the amount of traction they have in such a short amount of time and I am thrilled to be part of continuing to build a new movement."

The McMullin campaign acknowledges what an uphill climb they have up against Hillary Clinton and Donald Trump. Most polling does not include McMullin, who announced his bid in August. Their strategy is dependent on attempting to block Trump and Clinton from obtaining 270 electoral votes and sending the election to the House of Representatives. An election hasn’t been decided by the House of Representatives since 1824.


Click on that most previous link and note that this #OpDeny270 effort is something the #StillSanders crowd is also advocating.  Our political lines have really been blurred this cycle, haven't they?  It sure would be horrible if the House were the only ones picking our next president.  Thankfully it stands no realistic chance of happening.  Still, hats off to the brave.

“The path is difficult, but not as unlikely as people think,” McMullin strategist Rick Wilson told ABC News. "This is all about giving Americans a sense they can vote for people they can be proud of and have a more affirmative version of leadership in this country.”


They really ought to campaign in Montgomery County at the very least, where some of Kingwood lies and where Dan Patrick says the free conservative world hangs in the balance.