Hickman, Gonzalez, Soros, Ogg, and the judge who switched parties 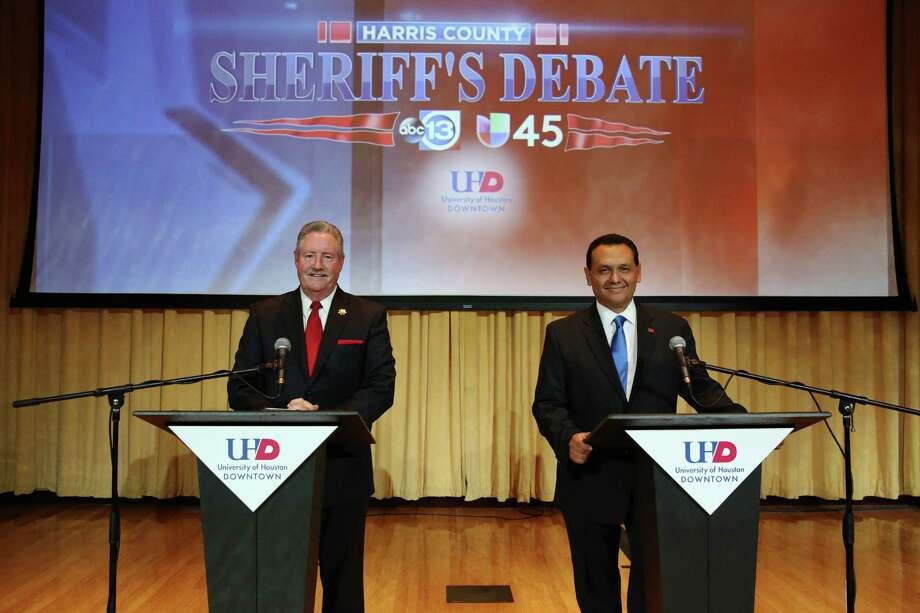 The biggest surprise was that both guys oppose campus carry.  I still expect Gonzalez to win this election because of all the cycle's factors working against Hickman -- high Latin@ registration, Trump's radioactivity down the ballot, the appointed incumbent's poor handling of the county jail's varying and continuing crises, etc. -- but like Hillary Clinton, Gonzalez is making it closer than it should be.  If you buy the last polling result.

-- He supported Morris Overstreet in the Democratic primary for Harris County District Attorney, and I thought that would be good enough for a win, but I was wrong.  And now that guy (his first name is "Billionaire", doncha know) pushes all in for Kim Ogg.

"She has abandoned the values and standards of our community to become a puppet for those whose clear agenda is to corrupt the rule of law in Harris County," Blakemore said.


Blakemore forgot to use the word 'morals', or maybe he was just smart enough not to go there with an incumbent DA whose prosecutors jail mentally ill rape victims.  It's almost as predictable as Dan Patrick bleating about bathrooms while trumpeting you-know-who.

Wayne Dolcefino, a spokesman for the Ogg campaign, welcomed the contribution, adding that the race has received national attention following the jailing of a rape victim during Anderson's tenure.

"We welcome contributions from anyone in the country who wants to make people safer and actually remember what justice is," Dolcefino said. "This is a local election, but Devon's conduct has made this a national race."


This race shouldn't be close either, but Harris County Republicans may be able to muster for Anderson and hold on.  That would be a real shame for the second time.

-- There's a new Democrat in town, recently surfacing on one of the Houston region's two state Court of Appeals, and his name isn't Reggie Hammond or even Jim Sharp.

Justice Terry Jennings of the Texas First Court of Appeals, who has generated national news coverage by switching political parties, said the reaction has been "remarkably positive."

Jennings announced Saturday at the Harris County Democratic Party's Johnson, Rayburn & Richards Dinner that, after much reflection, he had decided to leave the Republican Party.


How much reflection and for how long, I wonder.

"...When I first ran for the Court of Appeals in 2000, moderates were welcome in the GOP," he said in his speech. "I was proud to run as a Republican -- the party of my father. Sadly, today in the Republican party, "moderate" is a dirty word. And today's Republican party has chosen a dark path I cannot take."


Stay woke, Justice Jennings.  Unfortunately he's on the ballot in two years, and all signs point to that being another wipeout for Democrats everywhere.

Jennings [...] said he probably will wait until spring to decide whether to run again in 2018.


I'll guess 'retirement from the bench and a lucrative partnership with a local powerhouse firm'.  Still wonder why people say Republicans and Democrats are all the same?  You shouldn't.
Posted by PDiddie at Friday, October 14, 2016