-- Republicans believe many more urban legends than Democrats do.


In asserting that the presidential election has been rigged against him and casting accusations of widespread voter fraud, Donald J. Trump has tapped deep into an increasingly prevalent theme of Republican Party politics: that Democrats try to steal elections, not win them.

It is the culmination of roughly two decades of alarms, investigations and political gamesmanship in which remarkably little voter fraud has been documented, but the conviction that it is widespread has gone from a fringe notion to an article of faith for many Republicans.

Many facts to read and absorb there, defanging the wolves cried about by little boys.  Some of which we already knew ...

(A) study by Justin Levitt, a professor at Loyola Law School in Los Angeles who currently works in the Civil Rights Division of the Justice Department, uncovered only 31 credible claims of voter impersonation between 2000 and 2014, out of one billion ballots that were cast. An Arizona State University journalism project reviewed 2,068 allegations of election fraud between 2000 and 2012 and concluded that only 10 had involved misrepresentation.

Greg Abbott is a disciple of this sub-religion, and we're still waiting for the big reveal in Tarrant County.  I'm surprised we've had to wait this long, frankly; there's a lot of early votes that need suppressing beginning Monday.

-- The Homo Haters return to Houston once again for some last-minute GOTBV (Get Out the Bigot Vote).  This is protest-worthy, so I hope some of the HERO organizers and HGLBT Caucus folks have some energy left over after all of the blockwalking for Landslide Hillary to represent for themselves outside the Marriott Hobby next weekend. 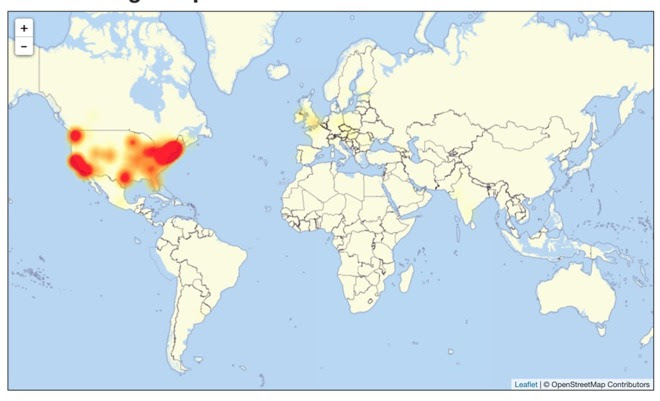 -- Was your internet broken yesterday?  Mine wasn't.  Gadfly has been complaining about his for awhile now and has gone the full socialist about it, as in 'Wifi is a human right'.  Seriously though, it's probably not the Russians but somebody's smart thermostat gone sentient like the Hosts in Westworld.  This is probably what we have to look forward to in a brave new (overheating) world, and a good enough reason why we shouldn't be voting online.  Paper ballots, goddammit.

Off to enjoy this beautiful day; back tomorrow with the Funnies.
Posted by PDiddie at Saturday, October 22, 2016

With ruraldom, it's been highway repairs cutting our Internet lines, and them being slow as shit to repair. If construction companies knew they faced federal fines for cutting a cable, they'd dig a helluva lot more carefully.