Kuff's on it, so is the Chron.  The contestants -- Borris Miles, Senfronia ("Mr. Tesla") Thompson, Ron Green and maybe Garnet Coleman and CO Bradford -- square off for preening before the SD-13 precinct chairs (my precinct chair gets a ballot) and early predictions are limited to 1) the vote will be closer than it was for county commissioner, and 2) we'll probably have a statehouse seat to do this all over again with. 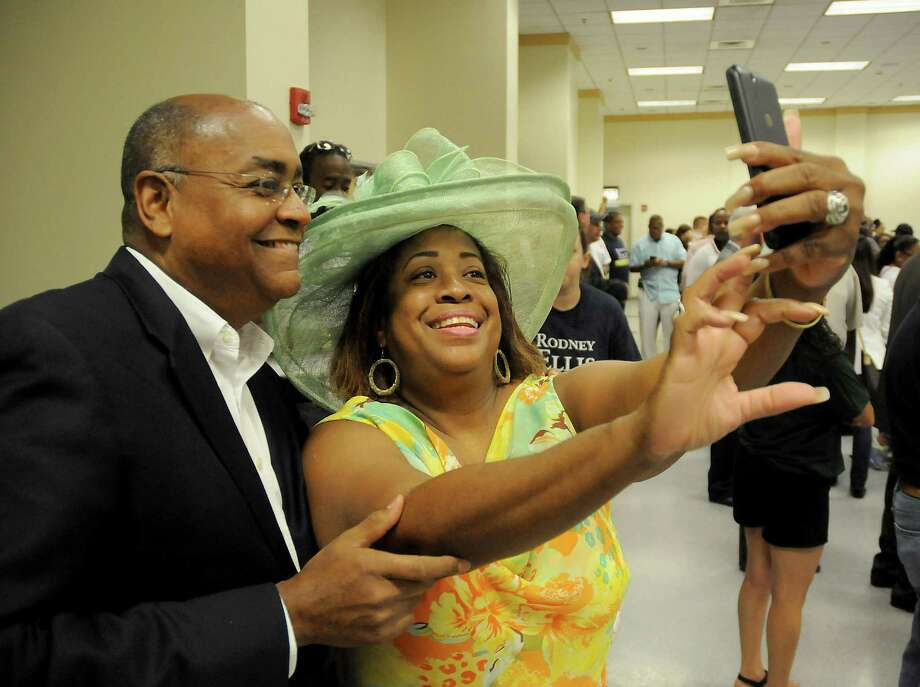 Tonight's county executive meeting (all Harris D precinct chairs) to select a couple of vacant judicial bench nominees is prelude to the exclusive 94 who will select the person to replace Rodney Ellis in the Texas Senate.  In three weeks.

Update (7/1): the above sentence has been edited to explain the purpose of last night's meeting.

"Many of the candidates have complex political histories that could result in a high level of discord," Texas Southern University political scientist Michael Adams said. "I don't think these people are going to be playing nice."

Rice University political scientist Mark Jones lamented what he described as a "less than democratic and less than transparent process."

"It's an unfortunate artifact of Texas election law that state legislators should look into next session," Jones said. "We have a special election process in place for officeholders who die or resign while in office. It would not be a bad idea to consider a similar method for parties to replace nominees."


Jones is not just acting like the Republican he is here.  Oligarchy is indeed a lousy way to run a democracy, and if any local Democrat also says so publicly, point me to it.  It's the kind of sorry crap they'd be the first ones to criticize the Harris County GOP over.  NOW you do understand why people say both parties are alike?

Update (7/2):  Chuck -- with no apparent clue that there might be something wrong with the process -- has the Chron's news that the 'special' election lost its two 'maybe' combatants, Coleman and Bradford, and is set for two Saturday mornings hence, July 16.
Posted by PDiddie at Thursday, June 30, 2016