He who is not courageous enough to take risks

"... will accomplish nothing in life." "I would like to be remembered as a man who won the heavyweight title three times, who was humorous, and who treated everyone right ..."

"As a man who never looked down on those who looked up to him, and who helped as many people as he could. As a man who stood up for his beliefs no matter what. As a man who tried to unite all humankind through faith and love.

"And if all that's too much, then I guess I'd settle for being remembered only as a great boxer who became a leader and a champion of his people. And I wouldn't even mind if folks forgot how pretty I was." 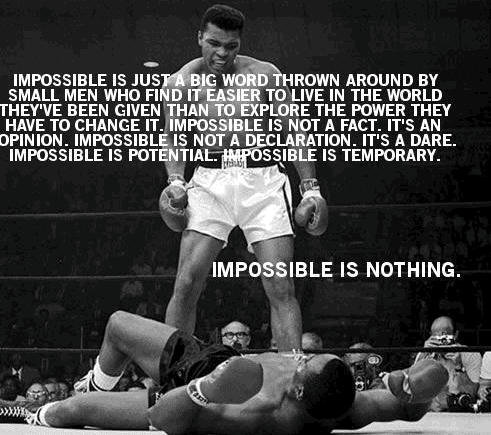 I was in the seventh grade, 13 years old, when Ali fought Joe Frazier the first time.  I was seemingly the only kid in my class that was rooting for him.  All my friends weren't just hoping Smokin' Joe would beat the draft dodger senseless, they were calling him Clay, like so many other race-baiting white people did then.

It was hard being on the playground the next day.  The years after that, much easier.  Ali showed them all, even me, how a champion conducted himself. Ali's heartwarming response in the 1972 interview with David Frost followed Frost's question of "How would you like people to think about you when you've gone?"

"I'd like for them to say he took a few cups of love, he took one tablespoon of patience, one teaspoon of generosity, one pint of kindness," the sports legend began.

"He took one quart of laughter, one pinch of concern and then he mixed willingness with happiness, he added lots of faith and he stirred it up well.

"Then he spread it over a span of a lifetime and he served it to each and every deserving person he met."

This is the Zen wisdom of age.  He was rarely so modest as a young man.  But the braggadocio hid -- as it usually does -- some insecurities. "We only have so many hours a day to do what we have to do, so many years to live, and in those years, we sleep about eight hours a day ... If a man is 50 years old, he's lucky if he's had 20 years to actually live. So I would like to do the best I can for humanity." 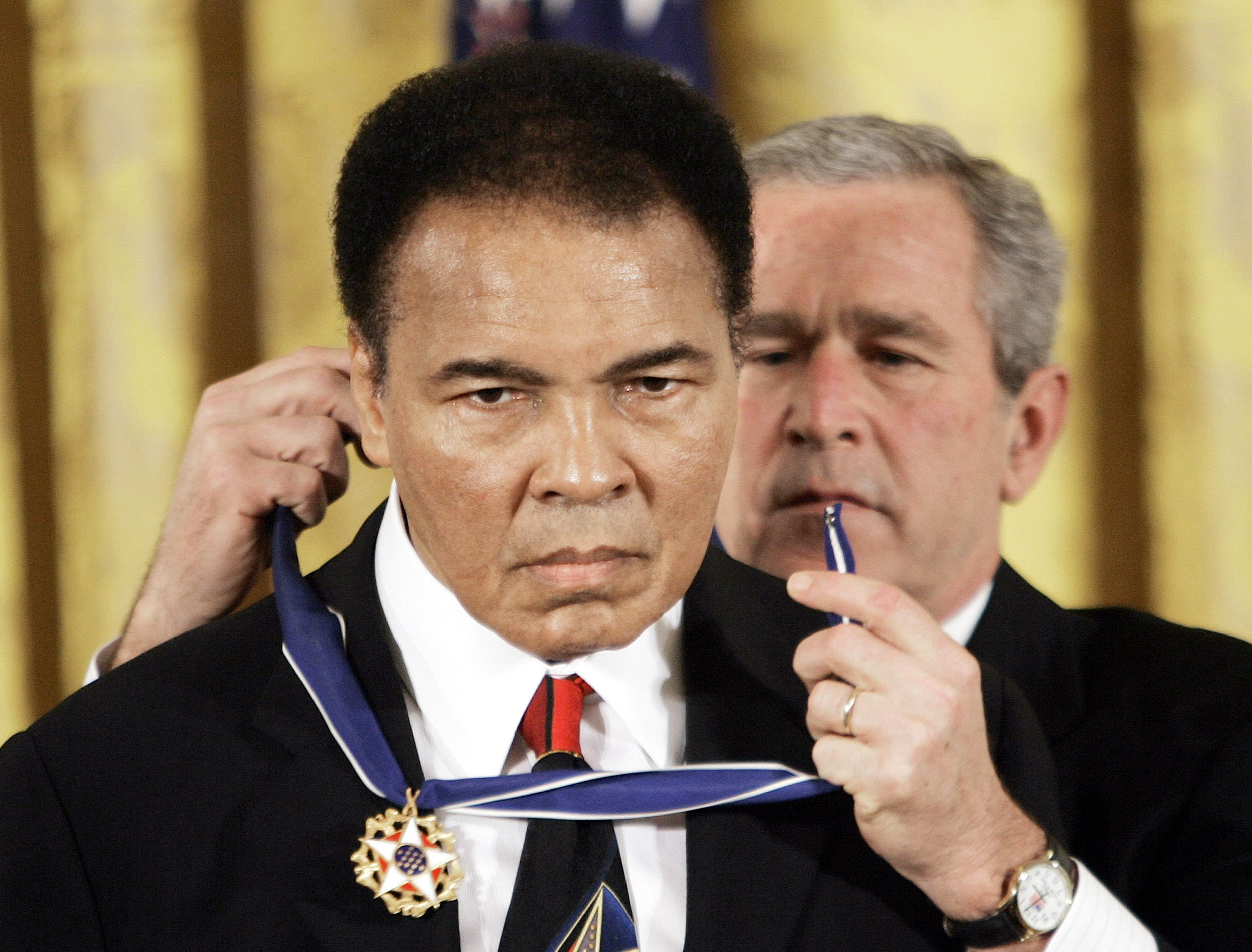 (Longtime friend Gene) Kilroy, (boxing promoters Don) King and (Bob) Arum said they knew of many charitable acts Ali had done. Kilroy said Ali, who was the most popular athlete in the world for years and commanded attention everywhere he went, would always be willing to do charitable acts, but said he didn't want cameras or reporters around because he didn't want anyone to think he was doing it for the publicity.
In 1973, for example, Ali learned that a home for elderly Jewish people was going to close because it was out of money.

"I'll never forget that night," Kilroy said. "It was a cold January night and we saw it on the news. Ali really paid attention to it and you could tell it bothered him, that all these people were going to be put out. They had nowhere to go. He told me to find out where it was, so I called the TV station and got the address.

"We drove over there and walked in and some guy comes up to me. I said, 'We're looking for the man in charge. Where is he?' And the guy says, 'I am. What do you want?' And Ali tells him he wants to help. He wrote him a check for $200,000 and tells him to put it in the bank that night. And then he writes another check for $200,000 and tells him to wait four days, because he has to get home and put some more money in the bank to cover the check."

In 1990, shortly before the first Gulf War between the U.S. and Iraq, he flew to Baghdad to speak with Saddam Hussein to secure the release of 15 U.S. hostages.

Hussein agreed to release the hostages.

For the rest of his life Ali worked to promote the cause of peace and charity. In December 2015, he condemned ISIS and took a shot at Republican presidential candidate Donald Trump (without mentioning Trump's name) when Trump suggested temporarily banning all Muslims from entering the U.S.

After the terrorist shootings in San Bernardino, Ali released a statement through his publicist. The headline said, "Statement From Muhammad Ali Regarding Presidential Candidates Proposing to Ban Muslim Immigration to the United States."

"I am a Muslim and there is nothing Islamic about killing innocent people in Paris, San Bernardino or anywhere else in the world," Ali said in the statement. "True Muslims know that the ruthless violence of so-called Islamic Jihadists goes against the very tenets of our religion.

"We as Muslims have to stand up to those who use Islam to advance their own personal agenda. They have alienated many from learning about Islam. True Muslims know or should know that it goes against our religion to try and force Islam on anybody.

"Speaking as someone who has never been accused of political correctness, I believe that our political leaders should use their position to bring understanding about the religion of Islam and clarify that these misguided murderers have perverted people's views on what Islam really is."

It's the last major public statement Muhammad Ali ever made.

A man with courage inside and outside the ring. He was the most known person in the world at one time.