A Muslim terrorist... or a closeted, self-loathing gay man?

Who might have had some daddy issues, who beat his ex-wife, and who was investigated by the FBI for terrorist sympathies but whose case was ultimately dropped?

The gunman who attacked a Florida LGBT nightclub had attended the club before the attack and had used a gay dating and chat app, witnesses said.

Kevin West, a regular at Pulse nightclub, said Omar Mateen messaged him on and off for a year before the shooting using the gay chat and dating app Jack’d.

But they never met – until early Sunday morning.

West was dropping off a friend at the club when he noticed Mateen – whom he knew by sight but not by name – crossing the street wearing a dark cap and carrying a black cellphone about 1 a.m., an hour before the shooting.

At least four regular customers of Pulse, the lesbian, gay, bisexual and transgender nightclub where the massacre took place, told the Orlando Sentinel on Monday that they believed they had seen Mateen there before.

"Sometimes he would go over in the corner and sit and drink by himself, and other times he would get so drunk he was loud and belligerent," said Ty Smith, who also uses the name Aries.

He saw Mateen at the club at least a dozen times, he said.

"We didn't really talk to him a lot, but I remember him saying things about his dad at times," Smith said. "He told us he had a wife and child."


He physically abused his former spouse; his father was a minor-league crackpot.


FORT PIERCE, Florida — Years before he shot up an Orlando gay club in what became the largest mass shooting in American history, Omar Mateen regularly picked up lunch from a drag queen at Ruby Tuesday. He may have even gone to see a drag show or two, a former high school classmate told The Daily Beast.

“He always had a smile on his face,” King told The Daily Beast on Sunday. “Maybe it’s because he was working in customer service.”

So do you draw 'jihadist' from this?  It appears the FBI did not consider him a menace to society, despite their attempts yesterday to cover their asses by saying he was 'radicalized'.  Conservatives are religiously avoiding using the G-word to describe Mateen but have rushed to judgment on 'Islamist terrist', and are vigorously defending their 'Raght to Keep N Bare', both of which are the most predictable of responses.

What if Mateen was just conflicted, awkward socially, a little strange, someone who was mocked as an adolescent and who became resentful and socially -- ultimately socio- and psychopathically -- dysfunctional as an adult?  What can we do for a person like that (besides not letting him buy guns)?  Maybe 'love IS the answer', but it seems as if Mateen had that externally... but not internally. 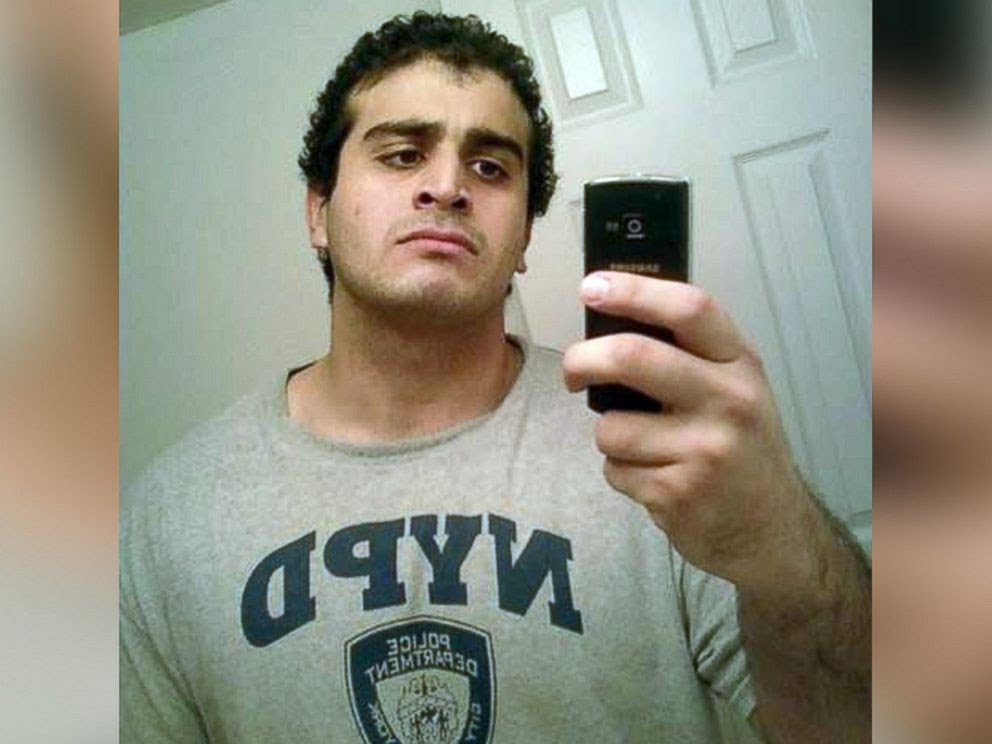 I'll save any more shade-tree psychology for additional facts to come out, but IMHO we still need some sane Republicans demanding sensible gun safety legislation.  The GOP electeds just won't listen to anybody else.

Update: Amanda Marcotte picks it up and adds the GOP critique.
Posted by PDiddie at Tuesday, June 14, 2016