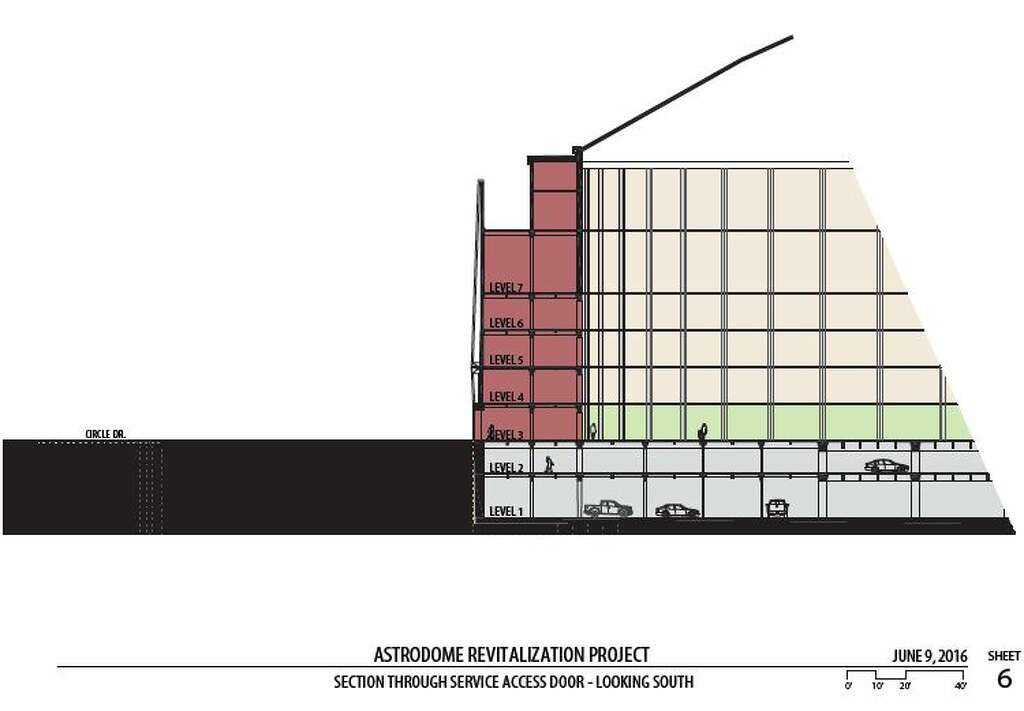 Harris County commissioners on Tuesday were presented with a $105 million plan to add two levels of parking to the Astrodome to prepare it for future use.

The plan would raise the ground level of the dome two floors and convert those two floors into 1,400 parking spaces, paving the way for the new ground level to be used for events or for an indoor park.


I missed it by about 150 parking spaces, so there's that.  Start the annual revenue estimate with 1400 spaces x $75 per x 10 home NFL games, 20 or so Rodeo concert/barbecue cookoff nights, and whatever number you like for NCAA March Madness weekends, soccer games such as the Copa America tournament going on this month, the OTC, and single-day events (Beyonce' concerts, Free Press Summer Fest, and so on like that) that are capable of consuming most of the parking capacity.  People are already complaining about no air conditioning in the garage, but the selling point is having your car in the shade instead of in the sun.  My calculator grinds out a conservative -- using '10' as the third multiplier -- $4.2 million.  If you think $75 is too much to park -- that's how much Jerry Jones gets for close-in spaces at AT&T Stadium on Cowboys game days -- then cut it by a third to $50 and it's still a tidy $2.8 mil a year.

The fate of the above-ground part of the Dome is still to be determined.  Judge Emmett is stuck on a convention hall, but a park really seems like its most likely fate to me.  It's all about who pays, as always, and the taxpayer isn't going to be paying anything no matter what.

The takeaway here is that I might know what I'm blogging about.  Most of the time.
Posted by PDiddie at Friday, July 01, 2016