Father's Day was the most recent of these, so we're overdue for an update. 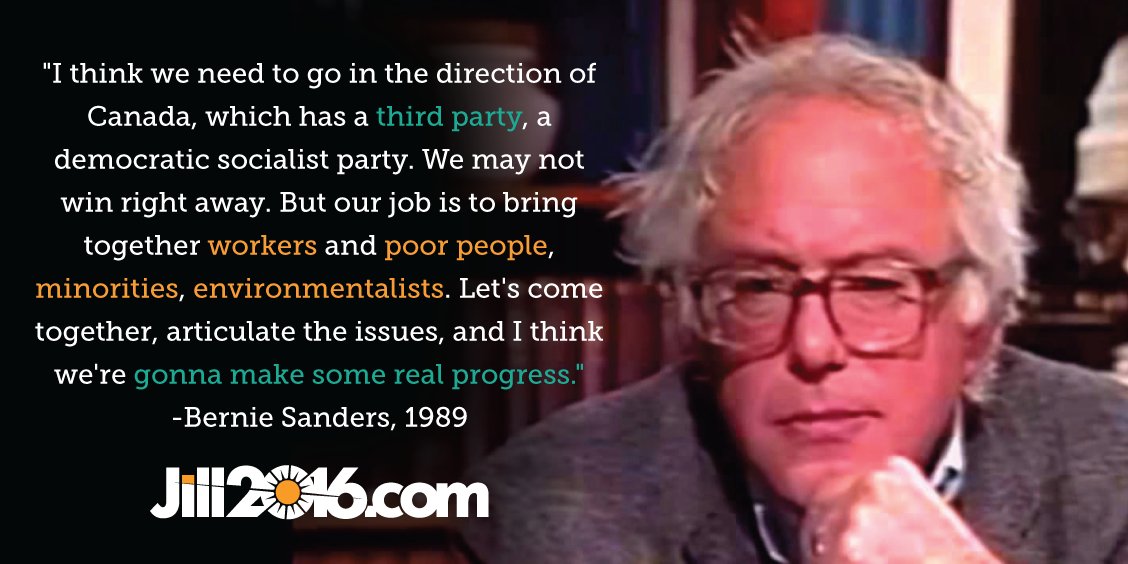 After the pair appeared at the joint rally, the Guardian asked Sanders supporters: what now?

We received 375 responses on readers’ plans for their November vote. And despite the show of solidarity with Clinton on Tuesday, Sanders’ fans aren’t all convinced the presumptive Democratic nominee is who they will now support: Green party nominee Jill Stein was the most popular among reader respondents, with 171 new supporters, more than double the number who said they would move their support to Clinton.

A write-in vote for Sanders was also a popular option, with just 20 respondents opting for Trump. These results aren’t necessarily a representative sample, and they differ significantly from a Pew Research Center poll released Wednesday, which found that 85% of Sanders supporters intended to vote for Clinton.


How Bernie Sanders supporters plan to vote in November

171/375 = 45.6%, so this anecdotal survey indeed produces a wildly different result from Pew's recent scientific poll, also referenced yesterday in an update and linked via The Guardian in the third graf above.  What to make of such a vast discrepancy?  What you like.  For now, it's just another data point.

“There’s been an explosion of Berners coming in through every portal of the campaign, and it’s really exciting,” Stein told US Uncut in a phone interview. “There is so much courage out there to stand up to the marching orders handed down by the usual suspects.”

Stein’s social media accounts have also seen tremendous growth and engagement in the past 24 hours. A recent livestream posted to the Stein campaign’s Facebook page has been viewed over 300,000 times in less than a day. Her page itself has added approximately 44,000 new likes in the past week. Her Twitter account has over 145,000 followers as of this writing, increasing by the tens of thousands just this week, with 5.6 million impressions on July 12-13 alone. There have also been 10,000 new signups for her email list since yesterday.

And according to web traffic ranking site Alexa, Jill2016.com has been climbing steadily in popularity since January, with rapid monthly growth since March. The search term “Jill Stein” has also seen a hockey-stick increase on Google Trends since the endorsement:

Duopolists will scoff at the $80K figure, but will probably be swallowing a little harder the next time they look at a quarterly campaign finance report.  The ultimate goal for the next 60 days or so remains; 15% in the national polling, leading to Stein's inclusion in the presidential debates, the schedule for which was announced this week (the first is slated for September 26).  In order to be in the debates, her name needs to be included in the polls.  Time is short.  You may petition the Commission on Presidential Debates for redress of this grievance at this site.

In the end, despite being labeled as a “spoiler” candidate by Clinton supporters and staunch Democrats in a winner-take-all political system, Stein is optimistic about her chances if she’s able to communicate her message to a national TV audience at the general election debates.

“If that word gets out, that can be a very powerful motivator for those people to vote for my campaign, and that’s a plurality of votes.” Stein continued. “In the words of Alice Walker, ‘The most common way people give up their power is by thinking they don’t have any.'”


I can't say I'm overjoyed about HA Goodman's conversion, but here it is (apply the blind hogs and acorns rationale).

Fear is the ultimate weapon of establishment Democrats and people who want nothing more than for you to “fall in line.”

I’ll admire and respect Bernie Sanders forever, but I’ll never “fall in line” and vote for anyone advised by Henry Kissinger, or Bush’s neoconservatives. As Robert Kagan stated regarding Clinton’s foreign policy, “If she pursues a policy which we think she will pursue…it’s something that might have been called neocon, but clearly her supporters are not going to call it that; they are going to call it something else.”

Sorry, not voting for a Democrat with a “neocon” foreign policy.

Give Jill Stein a look, and give her platform serious consideration. Around half of Bernie voters according to Bloomberg in late June will never vote for Hillary; a far more accurate assessment in my view than recent claims of the majority flocking to Clinton.


Whatever the percentage of conversions happens to be, there's some serious momentum now for Stein, and one of many Berning Questions is how far can she take it.
Posted by PDiddie at Thursday, July 14, 2016

Stein has some vaccine/possible closet antivaxxer issues, perhaps. I'm blogging on that for next week, long enough for her to have time to clarify, should she so choose.

No, she does not. That's just Brockolli you smell.

On Reddit she was pro-vaccination but combined it with a very long attack on big pharma controlling the FDA so the data may not be as reliable as it could be.