What's the most you ever lost on a coin toss?

The stakes weren't as high as if you had the misfortune of meeting Anton Chigurh, but the answer to his question with regard to the Iowa Democratic Caucus events is: "perhaps our democracy", and with respect to certain Clinton supporters... their dignity.

Last night, as the story of the coin tosses in some Iowa precincts began to take on Kennedy-assassination dimensions (among both believers and heretics, mind you) I thought I would join the fun in teasing the Clintonistas a little about it.  I had not been online much of the afternoon and some of the evening, so I didn't know that so many people had already lost their sense of humor about the matter.  I did post about the six-for-six yesterday, and did research a little further and received a good answer about the county delegates versus the national delegates conflation, which satisfied me.  Steve Kornacki at MSNBC made the same mistake in interpretation that I did, and apologized for it, but I didn't know that either until after the following Twitter exchange.


@MargaretClancy @PDiddie Except we now know there were 13 coin tosses, and Bernie won six of them. Sorry! https://t.co/kdFbkfaqCw
— Susie Madrak (@SusieMadrak) February 3, 2016


Let's disclose that Susie is a long-time Democratic activist and blogger, most recently at Crooks and Liars but now at Blue Nation Review, which is owned by David Brock, who is ... you get the picture.  (Suzie is also my Facebook friend, we've interacted recently and not just on the 2016 campaign, and C&L under her stewardship has linked to Brains several times over the years, producing traffic in the hundreds and even thousands of daily clicks on each occasion.)

Her professional association with Brock isn't the biggest problem here, sadly.  Click on the Blue Nation Review piece -- after the word "Sorry!" in the Tweet above -- and then click on the link she has there to this Des Moines Register story about the coin flips, and then compare it to her excerpt at BNR.

They don't square for me, but the excerpt she used does appear in this DMR story, which I found at the end of this Snopes link, which describes the coin flip caper as a 'mixture' of proven and unproven (and perhaps yet, or never to be, proven) claims.

Update, 1 p.m CST: Susie's fixed the link at the original without noting the correction.  Aren't there journalist rules about that?  (I have a screenshot of the original in case anybody wants it.)

So... in the spirit of snark, I'm offering the following to Madrak and everybody else who feels so upset about the whole thing:

"For a limited time, receive this 'Hillary Clinton Victory in Iowa' coin when you make a $1 campaign contribution!" *We're only asking for a dollar instead of $49.95 plus shipping and handling so that Hillary can demonstrate she has some small donor support, according to James Carville's recent e-mail 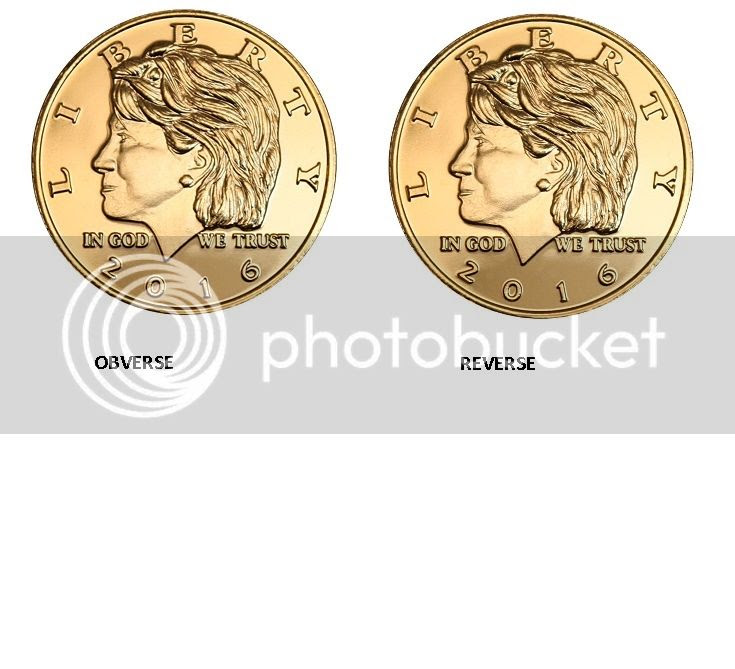 Per your coin, and what she said about herself and Bill, decades ago? "You pay for one and you get two!"