The Weekly Last of the EV Wrangle

The Texas Progressive Alliance reminds you that early voting for the 2016 primaries continues through Friday as it brings you this week's roundup. 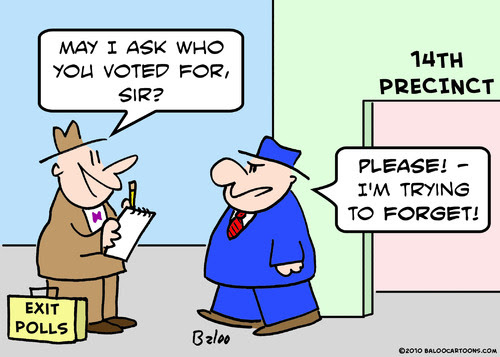 Off the Kuff looks at how cases involving Texas may be affected by the death of Supreme Court Justice Antonin Scalia.

Harold Cook sees no winning scenario for Republicans in the SCOTUS vacancy.

Libby Shaw, contributing to Daily Kos, urges Bernie and Hillary supporters to kiss and make up. Don’t be Swindled by a Ham Head.

Not understanding the vitriol of the Clinton campaign's supporters toward their primary challenger, PDiddie at Brains and Eggs provided the polling numbers for the ten states voting on March 1 in hopes that Clintonoids might be able to calm down a little.

Meanwhile, Ted at jobsanger doesn't understand what Bernie Sanders' campaign is all about.

As Apple debates whether to give in to the FBI and supply programming code to unlock an iPhone, Socratic Gadfly moves past the company's civil liberties PR claims to take a skeptical look at its past and its hypocrisy.

TXsharon at Bluedaze suggests that choosing not to have one more fracked gas power plant is not a hard choice to make.

The Lewisville Texan Journal reports that two city council incumbents drew no challengers for the upcoming municipal elections there.

Neil at All People Have Value took a good picture of colorful things in Newport, Kentucky. Everyday life has a lot of value. APHV is part of NeilAquino.com.

In GOP primary news, Trail Blazers  notes that Marco Rubio picked up the endorsements of two former statewide Texas officials. And Texas Freedom Network hears Pastor Robert Jeffress' call for an apology from the Pope to the 'martyr' Donald Trump.

David Ortez contends that Antonin Scalia would support President Obama nominating a new Supreme Court justice in his last year in office, while Steve Russell at The Rag Blog runs down some of the conspiracy theories surrounding the SCOTUS justice's demise.

Mark Reynolds advocates for finally putting a price on carbon.

Paradise in Hell is unimpressed with UT's campus carry compromise.

The Texas Observer attended a symposium on campus sexual assault hosted by an Austin right-wing think tank, and the takeaway was: sex is risky, rape is bad, and be safe. Also, underage drinking might be a problem.

Finally, Dallas Morning Views wants the over/under on the number of days "affluenza" teen Ethan Couch can stay clean and sober while out on (now-adult) probation.
Posted by PDiddie at Monday, February 22, 2016