The Texas Progressive Alliance is ready to rumble for November as it brings you this week's roundup. 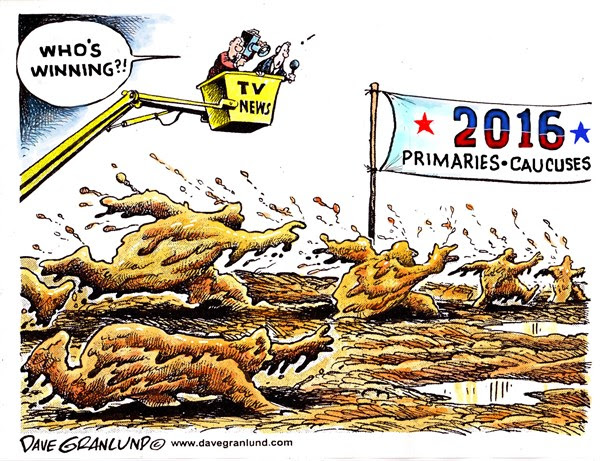 Off the Kuff examines Ken Paxton's latest appeal of his fraud charges.

Nonsequiteuse saw everyone else getting in on the open letter game, and figured hey, I can write an open letter, too!

CouldBeTrue of South Texas Chisme wants to know what McAllen has to fear from their auditor?

Socratic Gadfly, using someone else's opinion piece, explained why this year -- as in previous elections this century -- he won't be "enabling" the Democratic Party in the presidential race.

The GOP debate in Houston made room for a lowly progressive blogger, and PDiddie at Brains and Eggs was a first-hand witness to the culinary carnage.

Bay Area Houston and Texas Leftist also had news and views of the Republican debate at the U of H ahead of the event.

Dos Centavos wonders if Texas Latinos are splitting between Hillary and Bernie.

The Lewisville Texan Journal reports that the gas lease auction for Lake Lewisville may not be legal.

Neil at All People Have Value said that kindness, patience and empathy are forms of resistance in this society. APHV is part of NeilAquino.com.

Russ Tidwell figures that the presidential election and the 2021 redistricting effort will put an end to gridlock one way or another, Juanita Jean looks to the last contentious presidential primary for context on this year's, and Dan Solomon finds another example of Republican politicians getting slapped for using a song without permission for campaign purposes.

Trailblazers takes note of the single political group funded by one donor that has poured over a million dollars into Texas House races to oppose Speaker Joe Straus. And Texas Vox sees rideshare competitors Uber and Lyft throwing lots of money into Austin political contests.

Grits for Breakfast details the data on arrests in Texas: most are for pot, and most of the charges get dismissed.

CultureMap Houston lists the hassle-free ways to get to the Houston Livestock Show and Rodeo.

Lone Star Q is following the DISD sports transgender ban, which is being both lied about and ignored by officials there.

BOR points out that the cost of implementing campus carry are falling on students and their families.

The Texas Election Law Blog calls the Court of Criminal Appeals "soft on crime" for letting Rick Perry off the hook.

The Lunch Tray dissects the socioeconomics of picky eating.

Pages of Victory says, "Don't force it; get a bigger hammer".

The Alliance encourages voters to support Jessica Farrar in HD-148, especially in light of her opponent’s intentionally deceptive and hateful, anti-gay mailers.
Posted by PDiddie at Monday, February 29, 2016