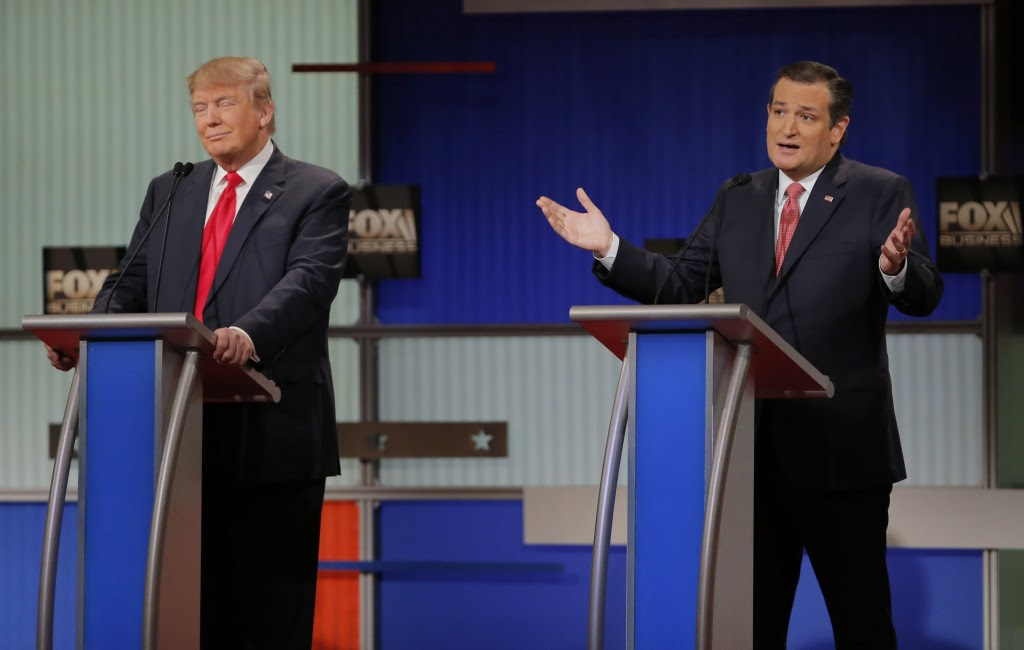 The next Republican presidential debate will be tonight at 9 pm Eastern. It will take place in Greenville, South Carolina, and will air on CBS. An online live stream will be available at CBSNews.com.


That one will be in Houston, as we learned (again) earlier this week.  I'm going to apply for a media credential and see what happens.

The nomination contest has entered a dangerous phase for the Republican establishment. Ted Cruz and Donald Trump — two candidates loathed by party elites — have won the two contests so far, and by most accounts are the two top contenders in South Carolina as well. Even many who have long been skeptical of Trump's chances are starting to admit that he could really win this thing.

But a bizarre dynamic to the race has persisted, in which all of the non-Trump candidates are still more focused on attacking each other than they are on attacking Trump. From each candidate's perspective, it makes sense — they're all hoping to end up the last non-Trump candidate standing, and to eventually take on the billionaire head to head. But as long as they all remain in the race and fighting each other, Trump seems more likely to cruise to victory.


My emphasis.  It's Trump versus Clinton in November; you heard it here first.

The non-Trump vote is so divided because Marco Rubio, the emerging establishment Republican favorite, stumbled in New Hampshire, finishing in fifth place behind Trump, John Kasich, Ted Cruz, and Jeb Bush. As a result, Kasich and Bush decided to stay in the race, which could ensure that the more mainstream GOP vote will remain divided for some time.

One of the big questions of this debate is whether Rubio can recover from his panned performance last time around. If he manages to come off as unscripted — say, if he wins some tense one-on-one exchanges with other candidates — he could be deemed the debate's winner and regain some of the ground he's lost both in the polls and in elite opinion.


I believe all he is doing now is auditioning for vice president.  He's the obvious choice for Trump; Latino, from a swing state, needs more political seasoning, and also in need of a job once he's out of the running.

Still, the marquee contest has to be Trump versus Cruz — both are battling to win South Carolina. Things have gotten increasingly tense between them lately. Cruz is running a new ad attacking Trump over his attempt in the 1990s to use eminent domain to take an elderly widow's home so he could build a limousine parking lot. And Trump has been striking back against Cruz on Twitter, asking on Friday, "How can Ted Cruz be an Evangelical Christian when he lies so much and is so dishonest?" We'll see how their rivalry plays out during the debate.


Trump's also thinking of filing a birther lawsuit against Cruz if Ted doesn't stop running attack ads against him.  Oh what fun.

I am of the opinion that establishment Republicans, given the choice ultimately comes down to either Trump or Cruz, go with the billionaire because: a) they don't want him on the outside of the tent pissing in, b) the GOP "superdelegates" -- I refer here to the party's insiders and elected officials, not the same as the Democrats', to be clear about the contrast between the parties -- dislike Cruz more than they dislike Trump, and finally c) even at this late date, Trump could mount some insurgent third-party bid with his money and enthused supporters.  Even the smallest effort in that regard threatens a Republican Party nominee who has no votes to lose electorally.

It's still Clinton-Castro 2016 IMO, especially after last Thursday night, about which I'll have more to say in just a moment.
Posted by PDiddie at Saturday, February 13, 2016

If they won't give you a credential as a blogger, drop my name and paper and tell them I'll be using you as part of next Friday's column.

Assuming Trump does win, if he's picking a Veep from the current crop of challengers, you are right about Rubio. Young and Hispanic. Plus, no majorly bad blood between them.