Three scattershots at Trump and the Dems

-- Putz-der taps out; that makes two this week, with more surely on the way.  Since these come in three, who might be next?  Breitbart wants it to be Rinse Penis but Steve Bannon is shooting that down (jaw-drop emoticon here).  Hard for me to predict, but as a gambling man I'm betting on both James Mattis at 17/2 and Rex Tillerson at 6/1.  Neither man has the political ambitions that most of the rest of Trump's sycophants have.  Kellyanne Conjob is going to burn out sooner than any of them, but even that may take awhile (as in 3-6 months).

Word to the neoliberals who think there's something to gain electorally from simply being a social media activist of the revolution: you might be less of a Trump rebel and more a tool of the Republican wing of the Democratic party.  This was evidenced again last evening, as Susan Sarandon spoke some truth to power on Chris Hayes' MSDNC program and was promptly and roundly criticized as an elitist for doing so.

One. More. Time: if you aren't mad at Hillary Clinton's stooges within the DNC gaming the primary for her and against Bernie Sanders -- and you're blaming Sarandon or anybody else on the left for President Trump -- then you're part of the deep-rooted, severe problem with the Democrats and not the solution.  Do keep it up, please; we need a progressive political party in this country and we'll get it, one way or another, long run or short run.  This hastens that day. 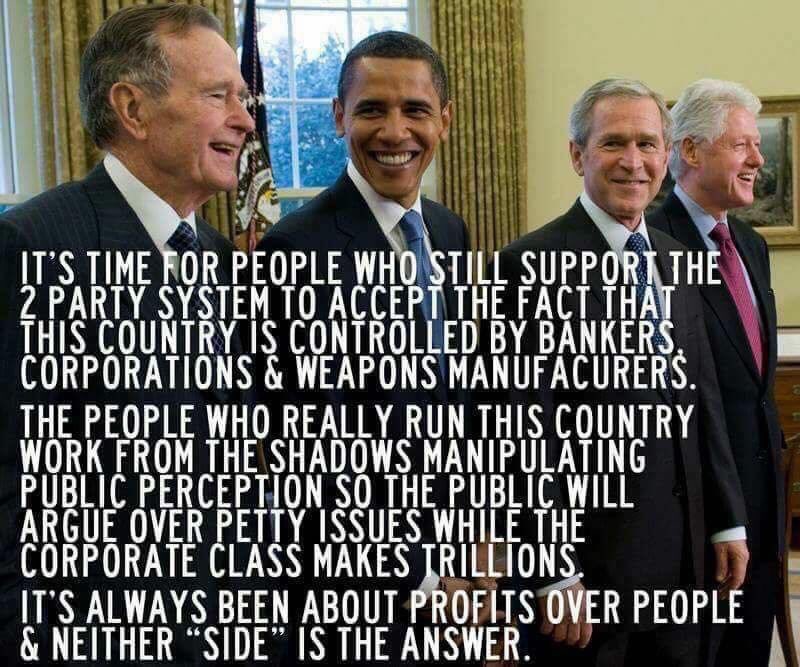 -- Get to know Carter Page, another ulcer on our body politic first formed and then emerged from the colon of Jeff Sessions to help Trump make America great again, similar to Stephen Miller.

These creeps behind the throne are the real danger.  Trump is circling the wagons with more plutocrats, so the threat of additional chaos and anarchy remains high.

-- When Trump, Bannon, the conservatives who have whined incessantly about the "librul lamestream media", and even douchebags like Piers Morgan say that the press is the bigger enemy to them (<<-- this is the most important link in this post) than the Democrats ... they are correct.  Your elected, establishment Donkeys are mules; incapable of fighting back dispositionally, unable to wield power effectively, and because of their eroded legislative numbers, only able to offer token resistance.  It's the people protesting in the streets, clogging up the voice mail boxes and Congressional offices, and yes, the Jake Tappers and Jim Acostas doing the heavy lifting in this resistance.  And it's working; their subscription figures are making a (albeit minor) comeback.  Make sure you find and read everything David Ignatius is writing, for one example.

Quarreling over whose fault it might be that Hillary Clinton snatched defeat from the jaws of victory actually helps Trump.  If you want to see the Democrats claw their way back to some real, actual resistance in two years or four, you should stop doing that.  But I'm more than fine with it if you can't.  Susan Sarandon is spot on when she says everybody is awake now.  Except, that is, for Joe Manchin, Gilberto Hinojosa, (see if you can guess what's wrong with that headline) and far too many Hillbots and Blue Dogs.
Posted by PDiddie at Thursday, February 16, 2017