The Texas Progressive Alliance declares that the number of the counting shall be three (to zero) as it brings you this week's roundup. 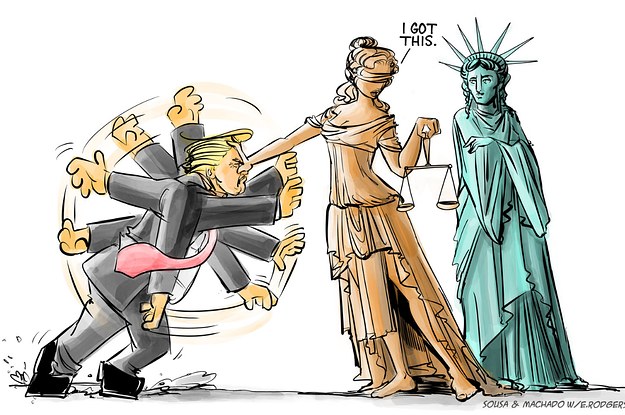 Off the Kuff looked at the Congressional seats the DCCC says it will target in 2018.

Libby Shaw at Daily Kos exposes the craven hypocrisy of Texas Senator John Cornyn.  No, Sen. Cornyn, we did not overwhelm your offices because we are sore losers.

SocraticGadfly takes a look at a biennial Texas Legislature tradition — peddling seemingly unconstitutional bills. This year, silencing non-duopoly voters and other vote disenfranchisement is in the crosshairs.

CouldBeTrue of South Texas Chisme heard Stephen Miller and Jason Chaffetz. Texas Republicans, like the Trump apparatchiks and GOP operatives in other legislative bodies, are going after voting rights with a vengeance.

Three years, eleventh months, and one more week just like the past three, writes PDiddie at Brains and Eggs.

Neil at All People Have Value posted a picture he took of diverse and excellent citizens of Houston protesting against Trump's travel ban. APHV is part of NeilAquino.com.

Dos Centavos collects reactions from Democrats in the state Senate to SB4 (the sanctuary cities bill).

Bonddad reiterates that while Trump is not imploding, the resistance against his administration is vast and intense, the sort of things that wave elections in midterm years are made of.

jobsanger finds a Gallup poll that says the public believes that Trump has damaged the country's standing in the world.

Candidates for Lewisville city council and school board are busy filing for election, reports the Texan Journal.

The Austin American Statesman reports that US Cong. Joaquin Castro will make a decision about challenging Ted Cruz in eight weeks, and discloses that his brother Julián will not challenge Greg Abbott in 2018.

Cort McMurray's heart goes out to poor John Cornyn for having to deal with all those pesky constituents.

Grits for Breakfast is lately peeking at Washington DC through a palmed face.

The Midland Reporter Telegram picks up the Fort Worth Star Telegram's report on Texas being #1 in wind power generation, but there are challenges looming.

Lone Star Ma calls on us to make contacting our elected officials part of a daily routine, and Texans Together offers some practical advice for doing so.

Therese Odell rounds up the anti-Trump Super Bowl highlights, and Equality Texas points out that both God (faith leaders from diverse religions) and Football (aka the NFL) are warning Texas not to discriminate over bathrooms.

Bakeyah Nelson implores Ben Carson to "first do no harm" at HUD.

Somervell County Salon remembers a time when the biggest concern about a grifter in the White House was Sarah Palin getting reimbursed by the RNC for a fancy bra.