The Texas Progressive Alliance will light a scented candle outside IKEA in solidarity with the confused people of Sweden as it brings you this week's roundup. 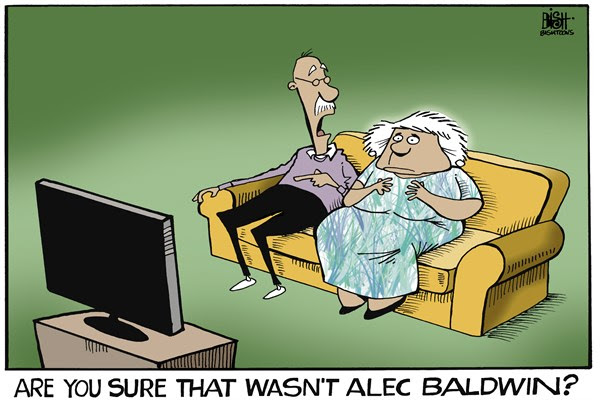 Off the Kuff thinks that many opportunities to make gains in 2018 will exist for Texas Democrats, and they should plan accordingly.

Libby Shaw at Daily Kos is amused by the Republicans hiding from their constituents. No wonder. The GOP has been serving the interests of billionaires and oligarchs for decades, both domestic and Russian, apparently. No Republicans, we are not about to move on. This is more dangerous than Watergate.

The last few months have been perplexing as we try to figure out life on the Trump train. UGH. But as Texas Leftist points out, some things are slowly coming into focus. After seeming to be free from consequences, we're finally seeing that the president and his administration can be held accountable for their actions.

SocraticGadfly, on hearing about the death of Norma Jean McCorvey of Roe v. Wade fame, offers an extended take on her, the plaintiff in a simultaneous suit, and the state of abortion in America today.

Shadetree psychologist PDiddie at Brains and Eggs diagnoses President Trump as in desperate need of an intervention.

The Lewisville Texan Journal reports that a city council candidate in that city updated her website after being confronted with accusations of plagiarism.

Texas Vox was on the scene at the Nuclear Regulatory Commission public hearings in west Texas as local residents gave officials an earful about proposed changes to storing waste out there.

CouldBeTrue of South Texas Chisme warns that the disrespect the Republicans show the US Constitution is only getting worse. Now they want to actually write their hate and kleptocracy into the document itself.

Neil at All People Have Value made note of the climate change art exhibit made by the construction crew on Memorial Drive in Houston. APHV is part of NeilAquino.com.

More news from across Texas! The Man Spot, aka Vaughan Neville, photographed by Ray Whitehouse at the Texas Observer


Jonathan Tilove at the AAS blog First Reading celebrates The Rag's long history of politics and weirdness in Austin.

Grits for Breakfast explains why indigent defense costs have risen as crime has declined.

The Texas Election Law Blog analyzes two election-related bills that have been filed in the Lege, and the Texas Freedom Network explains that other bills intend to redefine 'religious freedom' as being able to use religion to discriminate.

Paradise in Hell notes that Trump is now 0.00002% closer to proving his claims about election fraud, and Somervell County Salon sees Trump's "fake news" as just another name for gossip -- in which he also engages.

In the latest Chronicles of an Angry Black Queer, Ashton P. Woods at Strength in Numbers calls out the racism and mediocrity of the white LGBTQ community.

Better Texas Blog describes how the commissioner of Texas education re-interpreted a statute in order to give $100 million in homestead exemptions to already-wealthy homeowners in already-rich school districts.

And Eater Houston notes that several Houston restaurants will be raising money for the ACLU in support of their immigrant employees.
Posted by PDiddie at Monday, February 20, 2017