The Texas Progressive Alliance is ready for a real debate -- such as, "Why is Columbus Day still a national holiday?" -- as it brings you this week's roundup.  (Oh, and some serious presidential candidates debating reality-based issues as well.) 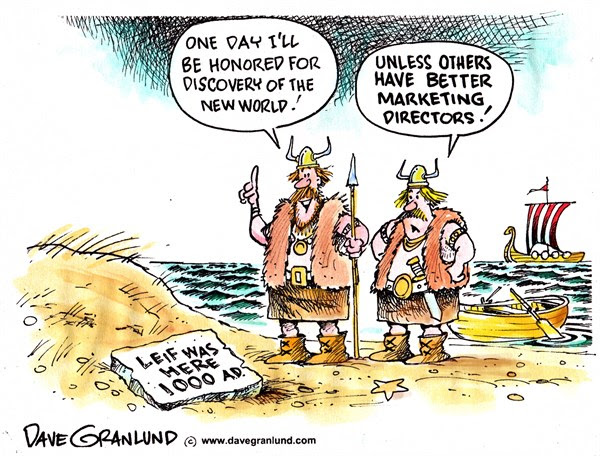 Off the Kuff examined two polls of the Houston mayor's race and HERO referendum.

Libby Shaw at Texas Kaos, and contributing to Daily Kos, shared an article she read in the Houston Chronicle. It seems that a certain group is determined to white wash U.S. and Texas history: The Texas Textbook Fiasco.

CouldBeTrue of South Texas Chisme objects to police chiefs wanting to stir up trouble with 'in your face' declarations of their religion, which is the opposite of community policing. Police are hired by the public to promote the general welfare, not the chief's animus to diversity.

Socratic Gadfly takes a Washington Post columnist to the woodshed for using tortured logic to claim Hillary is actually more progressive than Bernie.

TXsharon at Bluedaze has the latest on the green-washing of Denton's frackers.

Ahead of the first Democratic candidates debate, PDiddie at Brains and Eggs heard the Clinton machine finally rumbling to life. He also listened to more dripping about her email, and mused on her policy pronouncements regarding the TPP and Glass-Steagall.

From Harris County's Johnson-Rayburn-Richards dinner over the weekend, Egberto Willies has a short interview with keynote speaker Barney Frank that Sanders supporters aren't going to like.

Letters from Texas writes about Dallas County DA Susan Hawk state representative Garnet Coleman's mental health issues, and how he was able to master them.

At the 4th anniversary of Occupy Houston, Neil at All People Have Value recalled the accomplishments of the Occupy protests. APHV is part of NeilAquino.com.

TFN Insider excerpts portions of the report that confirms the harmful consequences of Texas' anti-abortion legislation.

Mike McGuff, Houston's media tracker, reports that there will be a mayoral debate televised this Friday night by KPRC and Telemundo.  And the most recent poll from KHOU has Turner well at the lead, followed by a surging Bill King and a slumping Adrian Garcia.

Bonddad is feeling his mortality as he contemplates that another neoliberal in the White House is going to mean the same old decline for the middle class.

D Magazine has an in-depth look at the troubled story of Dallas County DA Susan Hawk.

Austin On Your Feet documents the problems of homelessness.

Kevin Barton argues against state Proposition 7, one of the constitutional amendments that will be on your November ballot.

Jenny Dial Creech shares what it's like to be a female sportswriter.

The TSTA Blog wishes there was a STAAR test for legislators.

And Eater Houston has the deets on a local bar offering a drink menu today called "Christopher Columbus was an Asshole".
Posted by PDiddie at Monday, October 12, 2015