The Texas Progressive Alliance is ready to vote as it brings you this week's roundup. 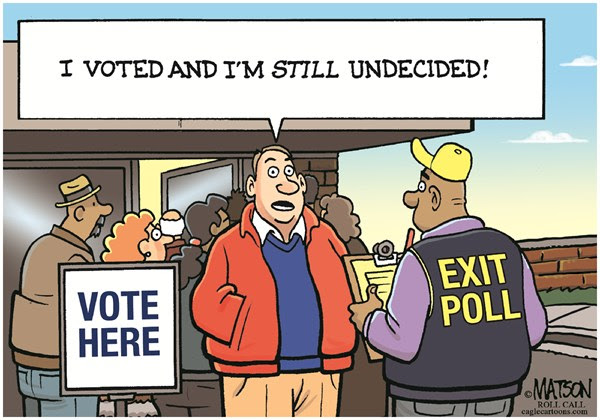 It's Election Day in Canada, and with early voting in Harris County and Texas also beginning this morning, PDiddie at Brains and Eggs presents the "P Slate".  And Dos Centavos has the "Stace Slate".  And the Lewisville Texan Journal outlines what's on the ballot there.

Off the Kuff would like to clear up some myths about sexual assault.

Libby Shaw at Texas Kaos, and contributing to Daily Kos, argues Governor Greg Abbott cannot claim to be pro-life when he denies federally expanded Medicaid coverage for 766,000 Texans, in The Holy Ones and the Senseless Cruelty of Right Wing Dogma.

Socratic Gadfly offers up a Democratic debate-related trio. First, he presents his snarky, under-the-bus debate preview. Second, he provides his take on debate winners and losers. Third, he tackles a post-debate conspiracy theory by some Sanders supporters, that anti-Semitism is behind some opposition to Sanders.

jobsanger, a diehard Clinton backer, praises Bernie Sanders (and then damns him again).

McBlogger, another Clinton supporter, bankersplains why reinstating Glass-Steagall is a bad idea.

CouldBeTrue of South Texas Chisme notes Republicans choose the CEO, even if headquartered out of state, over the citizens they were elected to serve. Worker safety? Not at the expense of profits. The water you drink? The air you breathe? Even the wind. Not yours.

Nonsequiteuse, writing for Burnt Orange Report, points out that voting yes on Prop 1 in Houston isn'’t just the right thing to do, it'’s your patriotic duty.

Neil at All People Have Value took a picture of the sun over Houston. APHV is part of NeilAquino.com.

Juanita Jean reports on the #CocksNotGlocks protest at UT.

Grits for Breakfast has a suggestion for Dan Patrick if he really wants to reduce police officer deaths.

Texas Clean Air Matters would like to change the conversation about the Clean Power Plan in Texas.

Half of all the donations to presidential candidates in the 2016 election have come from only 158 families, and eight of them are neighbors in River Oaks, the toniest enclave in Houston. CultureMap Houston has the reveal.

Free Press Houston pointed out the hypocrisy in the 'local control' argument forwarded by the Republican candidates for Houston mayor.

Texas Watch has a Netflix recommendation for you.

The Texas Election Law Blog wonders if we are ever going to get a court order regarding 2016 legislative and Congressional boundaries.

Amy Valentine navigates her way through Amazon's creative standards as she attempts to promote her book about her breast cancer experience for Breast Cancer Awareness Month.