How much of this should Adrian Garcia get the blame for? 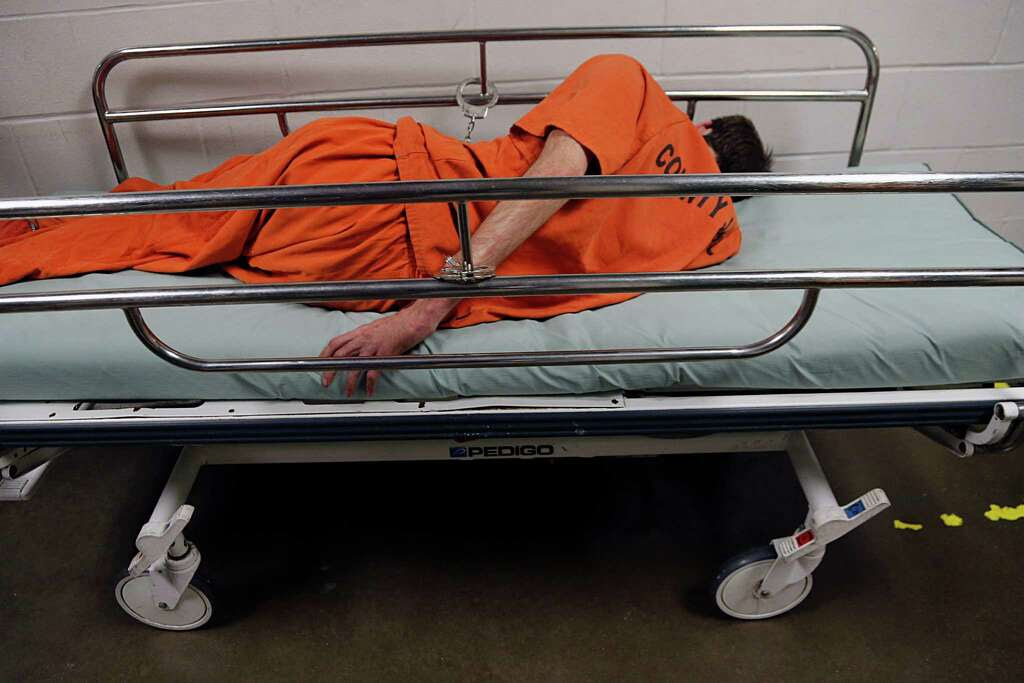 Over the past nine months, the Houston Chronicle has reviewed more than 1,000 disciplinary reports provided by the Harris County Sheriff's Office. Nearly half of those internal affairs investigations from 2010 through May 2015 resulted in discipline against jail staff who often brutalize inmates and attempt to cover up wrongdoing but rarely lose their jobs. Court records show jailers seldom faced criminal charges even in cases where they used excessive force.

"It was like an animal shelter," said Jamarcus Hill, who was jailed in 2013 as a 19-year-old on an auto theft charge. "You do anything - you get punished, you get pepper sprayed. You got to fight for your food, you even have to fight for your shoes."

In June 2009, the Justice Department concluded after its own yearlong investigation that inmates' constitutional protections had been violated by excessive violence and by substandard medical care that led to an "alarming" number of prisoner deaths. The Justice Department has taken no public action since then despite what records show are similar instances of unreported beatings, inmate deaths and medical neglect. Officials provided a letter indicating that the Civil Rights Division has an "ongoing law enforcement proceeding," but provided no specifics.


What policies and procedures -- specifically --  did Garcia put in place to address these atrocities while he was sheriff, from January of 2009 to May of 2015, when, after more than six months of rumor-mongering, he resigned to run for mayor of Houston?

In a recent interview, (Garcia) said that hundreds of disciplinary cases reviewed by the Chronicle resulted from his "commitment to transparency and accountability." He said he put systems in place that addressed Justice Department findings and notes that the average number of annual deaths dropped from about 16 per year from 2001-2006 to roughly 11 during his administration. Still, the jail has become more violent in recent years, with fights, assaults and attacks on staff escalating, the Chronicle's investigation has found, based on the sheriff's own statistics as well as custodial death reports, autopsies, lawsuits and interviews with current and former jail officials, former inmates and attorneys.

In one of his first acts as Harris County sheriff in 2009, Garcia consolidated two separate internal affairs operations -- one that policed the jail and the other that investigated complaints against patrol officers. He formed an Office of Inspector General with a staff of nearly 50. Garcia said he needed to take action to show the Justice Department that his office would address alleged abuses. He also had inherited a "tremendous" backlog of 160 un-investigated complaints that had piled up during the previous administration, he said. The deputies organization supported the move.

The OIG he created had a reputation for conducting thorough investigations.

In one of his final acts as sheriff before resigning to run for mayor, Garcia fired six supervisors, suspended 29 jailers and demoted a major for a neglect case involving a mentally disturbed inmate, Terry Goodwin. Initially jailed for marijuana possession, he was later found incompetent to stand trial.


Yeah, we know all about that.

Garcia said he first learned about the case in 2014 when a whistleblower made it public and an internal investigation began. In a recent interview, Garcia said he was furious after learning of the long-term neglect.

"The framework was there, the system was there to protect the inmates," he said. "Had they followed those policies, we wouldn't be having this conversation."


Not Garcia's fault, you see.  Bad apples.  And anyway, jails are terrible places made worse by the crazy people who shouldn't even be in jail, but somewhere being treated for their mental illnesses.  But there is of course no money to fix that, and hasn't been since the Reagan years -- the late '60's in California, when he was governor, and then in the '80's when he was president.  (If you want to do a deep dive into deinstitutionalization, here's a timeline and here's the Wiki.)

The Republican sheriff appointed after Garcia resigned isn't, as you could have guessed, helping Garcia's cause.

The effect that poor training and high turnover have had on the jail's workplace culture has been at the center of a debate Adrian Garcia and Ron Hickman -- the man who replaced him as sheriff -- have waged in the media since Garcia resigned in May.

Both believe low pay is an issue. Detention officers' starting pay is $18 per hour, less than any other county worker except entry level clerks. The guards are forced to work mandatory overtime. Jailers need only 92 hours of training, which they must complete within a year.

In one cost-cutting effort as sheriff, Garcia closed the jail's training academy, saying the department wasted too much time and money on wanna-be jailers who flunked out. Instead, Garcia allowed new-hires to complete training online and slashed overtime pay for detention officers from $26 million in 2009 to $4 million in 2015, according to sheriff's records.

The one thing both men agree on is that the jail has far too few resources to deal with mental illness among its inmates. About 2,000 take psychotropic medications, while there are only 200 mental health beds.


So there's this huge disaster down at the HCSO, one Garcia inherited, a mess which he claims to have improved, but that the statistics seem to disagree on.  Just a guess, but the FNG Hickman isn't going to make dramatic strides in improving these problems either.

Does Adrian Garcia deserve a promotion to mayor as the result of his record at the SO?  Houston voters get to decide in a few weeks.
Posted by PDiddie at Sunday, October 04, 2015