The Texas Progressive Alliance won't be passing off any alternative facts in this week's roundup from the best blog posts and news stories of last week.

Off the Kuff stays on the bathroom beat.

Socratic Gadfly looks at the most recent Back the Blue support tool, and decries its flag desecration hypocrisy.

Neil at All People Have Value visited the segment of the Berlin Wall at Rice University that was defaced by graffiti supporting Donald Trump. APHV is part of NeilAquino.com.

The Irish bookmaker Paddy Power laid odds on Trump's shade of orange at the inauguration, but PDiddie at Brains and Eggs took some of their easier money.

Before leaving on a fishing trip, CouldBeTrue at South Texas Chisme sees a lot of harrassment and some tough times ahead for people who live on the border.

The Lewisville Texan Journal reports that over one hundred people are suing an emergency care facility there.

Dos Centavos notices that there are no vendidos in Trump's cabinet.

Easter Lemming Liberal News, now on Facebook and Twitter, reports Pat Van Houte is running for mayor of Pasadena, Texas.  She opposed the redistricting that was just ruled illegal.

And jobsanger dissects Trump's promise of 25 million new jobs (hint: it won't happen no matter how much 'alternative math' gets employed).

Robin Paoli and Aimee Mobley Turney explain why they marched on Saturday.

Allen Young traveled from rural Massachusetts to Austin to celebrate the 50th anniversary of The Rag, the iconoclastic underground newspaper that carries on today as The Rag Blog.

A Texas House Republican from Fredericksburg, Kyle Biedermann, sent out a highly questionable survey about Sharia law just prior to convening a 'Homeland Security Summit' in Austin this week.  The Houston Press quotes the head of Houston's Council on American-Islamic Relations as suggesting it's a fishing expedition. 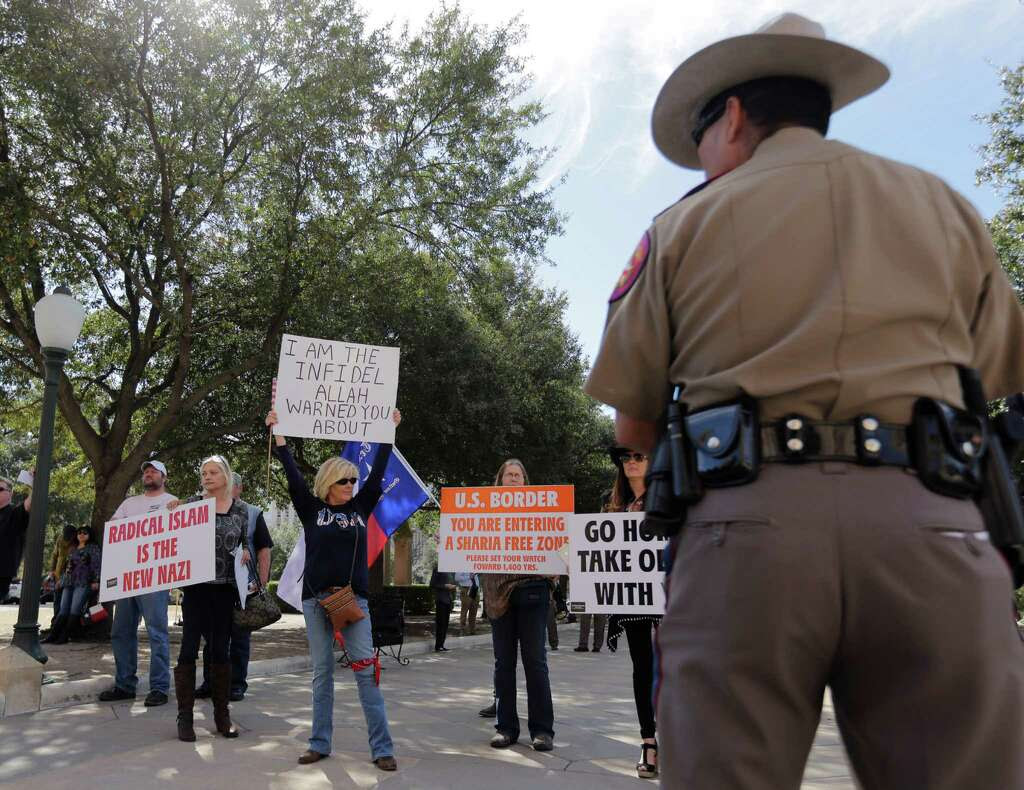 G. W. Schulz at the Texas Observer shares the lessons he has learned from hustling in the new gig economy.

Luis Hestres wonders what Trump's election will mean for digital freedom of speech.

Equality Texas is tracking the pro- and anti-LGBT bills in the Legislature.

The Bloggess did what she could to help you get through last week.

And conservative Democratic political consultant Colin Strother advises us to hold on tight.
Posted by PDiddie at Monday, January 23, 2017