-- First, a few more photos from the weekend, at the Capitol ... 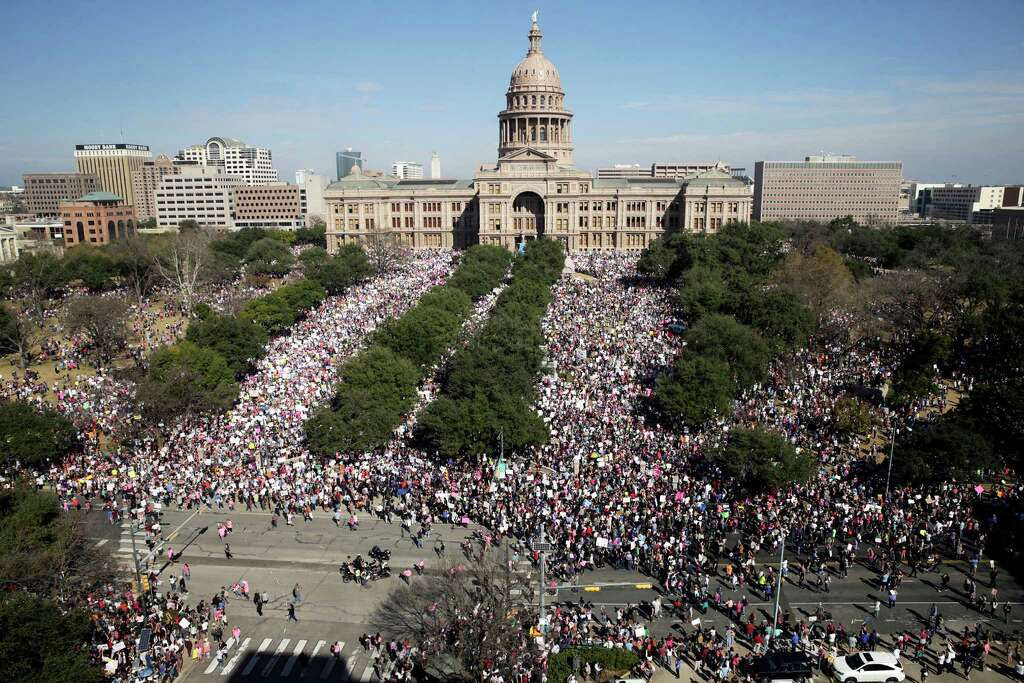 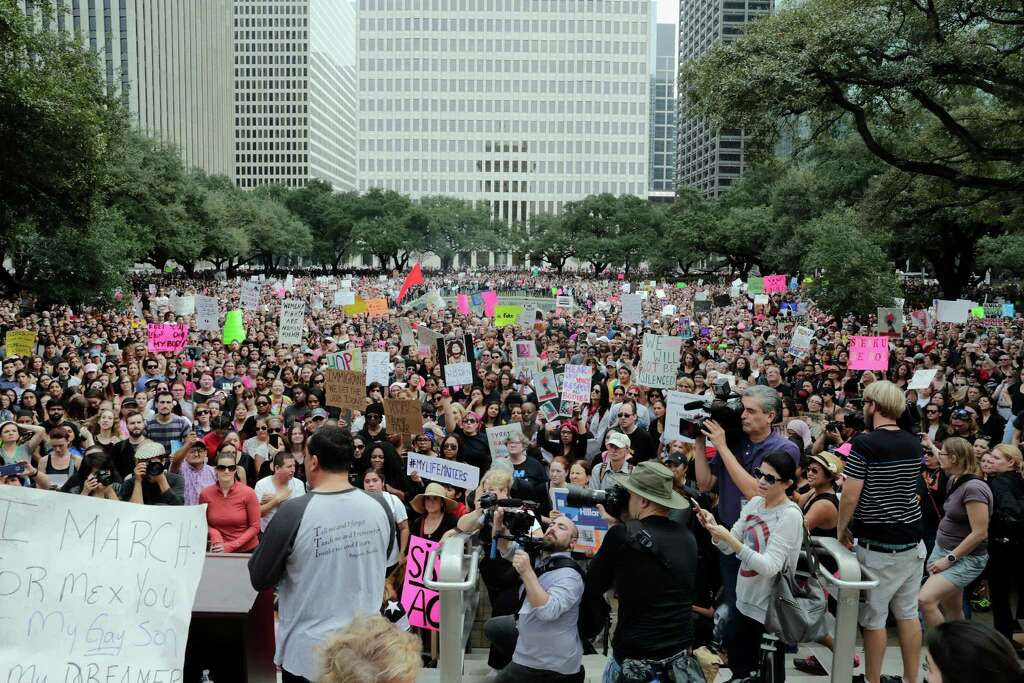 And more pics at the Observer.

The rallies are powerful and enduring emotionally, but simply do not translate into electoral strength. Big turnouts for protests can be misleading, as Nate Silver reminds, and as Charles has noted, Wendy Davis and her filibuster produced a similarly large crowd of upset people over women's reproductive freedoms, and then Greg Abbott defeated her a year later with more white (but not black or brown) female votes than Davis was able to earn.  So it's fair to ask: where do the Dems go from here?  Bernie Sanders answered this question a few days after Hillary Clinton's upset defeat, but none of the 447 people who will be voting in this election seem to have heard it.

We can hope they don't go back to where they started two years ago, but in a glaring sign of chronic insanity, not a single DNC candidate running to replace DWS/Donna Brazile was willing to admit that the 2016 primary was rigged for Clinton.  Keith Ellison is as close to acceptable as it gets for actual progressives (not the alt-progs that comprise most of the party), and a lot of them are already stepping away from him because.... well, I suppose he just can't help himself.

In trying to woo the DNC delegates he needs to win the election, Ellison has reduced his criticism of Hillary Clinton and increased his smears of the Republican Party. He has endorsed a billionaire donor, Stephen Bittel, to become the Florida Democratic Party chair, and has announced that he will not be attending Trump’s Inauguration, which many commended. But what he failed to mention is that he will be meeting with billionaire donors instead at Clinton propagandist David Brock’s closed-door retreat. Though Ellison initially said he supported re-enacting a ban on lobbyists that former DNC chair Debbie Wasserman Schultz lifted in 2015 to help Hillary Clinton, he recently said he won’t unilaterally re-enact the ban but will put it to a vote for DNC members to decide. Many of the DNC members happen to be lobbyists.


Incidentally, only one candidate marched this past weekend.  All the rest huddled with David Brock instead.  I shouldn't have to point this out, but Republicans and Democrats are reduced to fighting over the crumbs from a couple of hundred American billionaire oligarchs, some of which hedge their losses by giving to both parties.  Another 'water is wet'-ism for the Blues: Trump did not get elected because he raised or spent the most money.

-- Kuff has kept tabs on the local D scene with updates to the Harris county chair contest, and the announcement of a bid for Congress by my neighbor, Deb Kerner.

Of the ten folks formally announced (so to speak) for the race, Art Pronin, Dominique Davis, and Lillie Schechter should be the front-runners.  This will again be a blacks vs. gays battle (an old storyline, and note that Keryl Douglas has come back for more of it) for control of the county party, so since Pronin still hasn't decided to run for certain, I would handicap it Davis and Schechter, not necessarily in that order, as early favorites.  DBC has a report on Johnathan Miller's appearance at the Houston Area Progressives meeting this week; he nails it from my perspective.

There are only a few hundred people voting in this election, too.

Kerner (her school trustee page has been updated) is popular with us southwest-siders, and unlike any of the recent challengers to John Culberson, has won an election before.  Keep in mind that Hillary Clinton narrowly carried CD7 over Trump in 2016, while Culberson pasted James Cargas by twelve points, his third consecutive defeat to the incumbent Congress critter.  Anybody that spares us from watching Cargas lose a fourth time is a good thing.
Posted by PDiddie at Tuesday, January 24, 2017