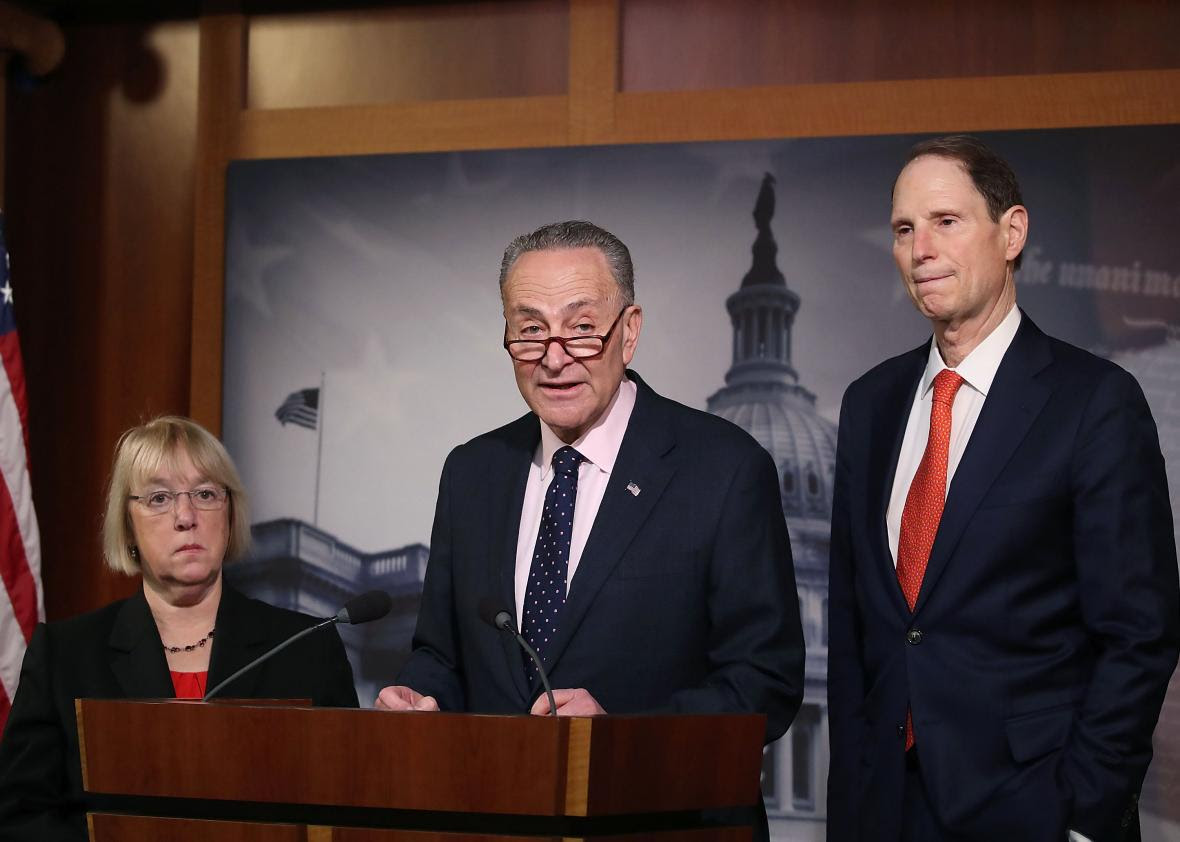 An update at the end of this post on Trump's SCOTUS nominee, which is reportedly coming early next week, expanded on the frustration in some quarters with how Democrats -- mostly of the upper chamber variety -- have responded to the Trump agenda.   I wrote there I could have made that its own post; now it is.  A summary of reading since then:

-- Nathan Hevenstone, for one, is hyper-ventilating about Elizabeth Warren's tortured defense via Twitter of her vote to confirm Ben Carson as chief of HUD.

-- Angry Bear, for another, in regard to an old e-mail crime/coverup in the W administration that went unprosecuted by Obama's.

-- And Osita Nwanevu at Slate doubles down on irritation at the senators:

As anyone who has been awake for the past eight years should be well aware, the notion that the Republican Party will reward Democrats in the future for their deference now is utterly laughable.

So just what the hell is going on in the Senate?


Her answer: "The broader truth is this: the Democrats, unlike the Republican Party, haven’t a clue how to build and wield power."  And then publishes the names of all the Democrats who have voted 'aye' on Trump's nominees so far.  It is a remarkably disgraceful list, in particular those senators who occupy safe blue seats.  The most appalling of all is Bernie Sanders voting to confirm John Kelly as director of Homeland Security ...

... even though (Kelly) has pledged to go after sanctuary cities and declined to give a clear answer as to how he would deal with DREAMers(.)


Sanders' statement on his votes:

“We must vigorously defend DACA and the young people in that program. We must continue the fight for comprehensive immigration reform and a path toward citizenship for 11 million undocumented immigrants. General (James) Mattis (who is now Secretary of Defense) and General Kelly may not be the nominees I would have preferred for the departments of Defense and Homeland Security, but in a Trump cabinet likely to be loaded up with right-wing extremists, all of whom I will oppose, I hope General Mattis and General Kelly will have a moderating influence on some of the racist and xenophobic views that President Trump advocated throughout the campaign. ..."


So.  Hope for a moderating influence overcomes the hypocrisy of his votes contradicting his 'vigorous' beliefs.  Wish I could be as hopeful.  Of greater encouragement, though, is the remarkable legal interpretation that Trump's anti-Muslim immigration policy -- poorly disguised as an anti-refugee executive order -- crashes on the rocky shoals of Justice Samuel Alito's vaguely worded anti-abortion decrees, also known as SCOTUS majority opinions.  So there's that.

And according to Al Franken, we should take solace that all Senate Democrats will oppose Betsy DeVos for education secretary, even Joe Lieberman Manchin.  I'll believe it when I see it.

For readers attending or watching the livestream of today's DNC Future Forum, keep all of this in mind as you hear the candidates discuss their views, policies, and plans of action.