Did you know there was a massive group of voters out there just waiting to have their concerns acknowledged by a political party?  Like the renowned Chupacabra, the existence of the formidable Anti-Science Caucus by a couple of Hillbots has been exposed.

Kris Banks and Allan Brain, fairly devoted Democrats in the fine Blue Dog/Houston tradition, have made certain that everyone is aware of this terrible development by interpreting the words of Green Party presidential candidate Jill Stein's views as ... well, as the headline above indicates.

(These guys don't often make their FB posts public, and they may delete this one or block me eventually -- which is why I'll edit this post with screenshots if they do -- so go look and read while you can, and while their "friends" are chiming in.  Importance of full context and all that.)

Let's begin at the beginning.  Back in March, a Reddit began on this topic, and a rabid tome added there took off like Zika among the haters of the Green.  A couple of weeks ago, someone brought it to my attention and I responded in the comments of this post, reprinted below.


So the issue seemed resolved ... until David Brock and his compensated minions got busy with the propaganda catapult last week.  Then Snopes weighed in, first with "Unproven" and revised just yesterday with "False".  You'd think that would have settled the matter, but there's this thing about lies being repeated often enough, you know.

(If you wish to understand precisely what the issue and the problem is in Texas, Anna Dragsbaek at TribTalk has your explainer.  There may be some side-eye at Stein mashed up in there but unlike the Jackasses I'll not read too much into it; Dragsbaek makes the points that need to be made.)

That brings us to Wonkette, a late addition to this morning's other two Jackasses.  If you're Banks, Brain, some of their friends or any other Hillbot looking to justify your festering resentment at this cycle's surge of the third party candidates, there you go.

Where the whole pandering premise fails is at its foundation: there simply aren't enough people in the Anti-Vax Caucus to help Stein register so much as a blip higher in the polls, much less put her in the White House.  I shouldn't have to remind anybody that she's focusing on disillusioned Democrats, aka Berners, a much larger target.

There's no pandering because there's statistically nobody to pander to.  This is simply a sad attempt by Blue Dogs and Yellow Dogs looking to cast a smear in her direction.  Because that 3% or 5% of the popular vote, max, that Stein stands to collect is more than enough to aggravate the longest-running horror show orthodox Democrats torture themselves with: Hillary will be "Nader-ed" in a battleground state, just like Al Gore in Florida in 2000, the PTSD from which yesterday's poor Jackass still suffers.  And so they are compelled to lash out, like the man who comes home from work after a tongue-lashing from the boss and kicks his cat.

Whaddaya gon' do when grownups who claim to be the smarter of the two major party's voters are scared of monsters under their bed?  Shit, I'm so old I remember when Bill White was afraid that Barack Obama might endorse him in his bid for Texas governor in 2010. 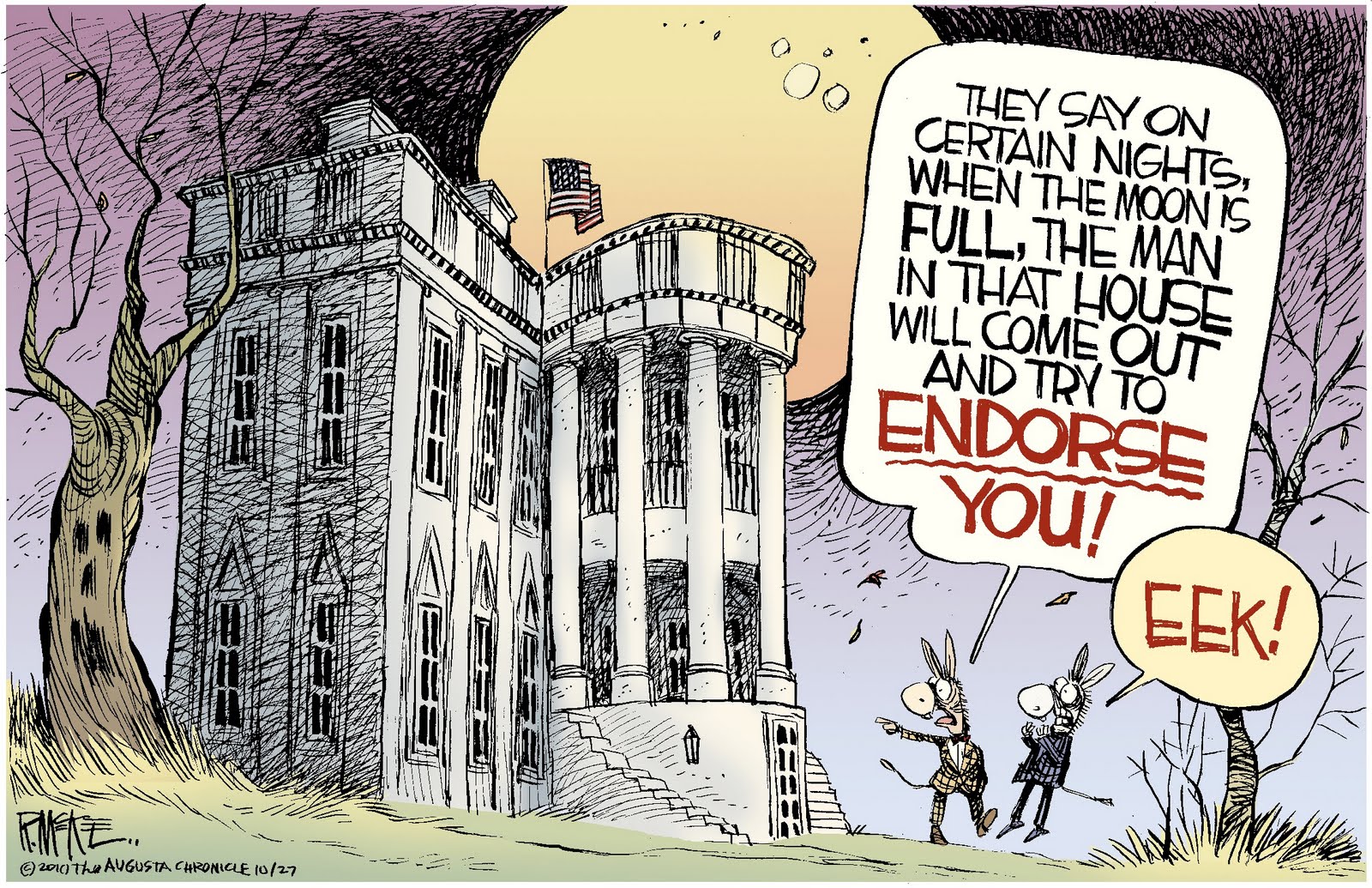 Update: Socratic Gadfly distills it as well.  There are honest objections to hold if people want to do the depth of thinking about them.  None of today's Jackasses managed that; it wasn't their intention to do much thinking anyway.

Update II: And yet more nuance on this topic.  It's perfectly okay with me for people to disagree with a candidate's stand on an issue, but it is duplicitous to put words in her mouth and then condemn those words (i.e. strawman).
Posted by PDiddie at Monday, August 01, 2016