I sit with Colin Kaepernick

The advancement of civil rights in this nation requires protests of this very nature -- with something personal at risk of loss to the protester, like Ali, and MLK, and Malcolm X -- and compels by force of conscience people who look like me to stand, or sit, with them.

It's called the First Amendment.  There's a reason the Founders put it ahead of the Second one, after all, and if you're a Second Amendment person but not a First one, then you're an asshole.  But just so we're clear, let's be certain that we all understand that your right to complain about Kaepernick is included within his right to sit during the anthem.

Because we also know this has nothing to do with the First Amendment. 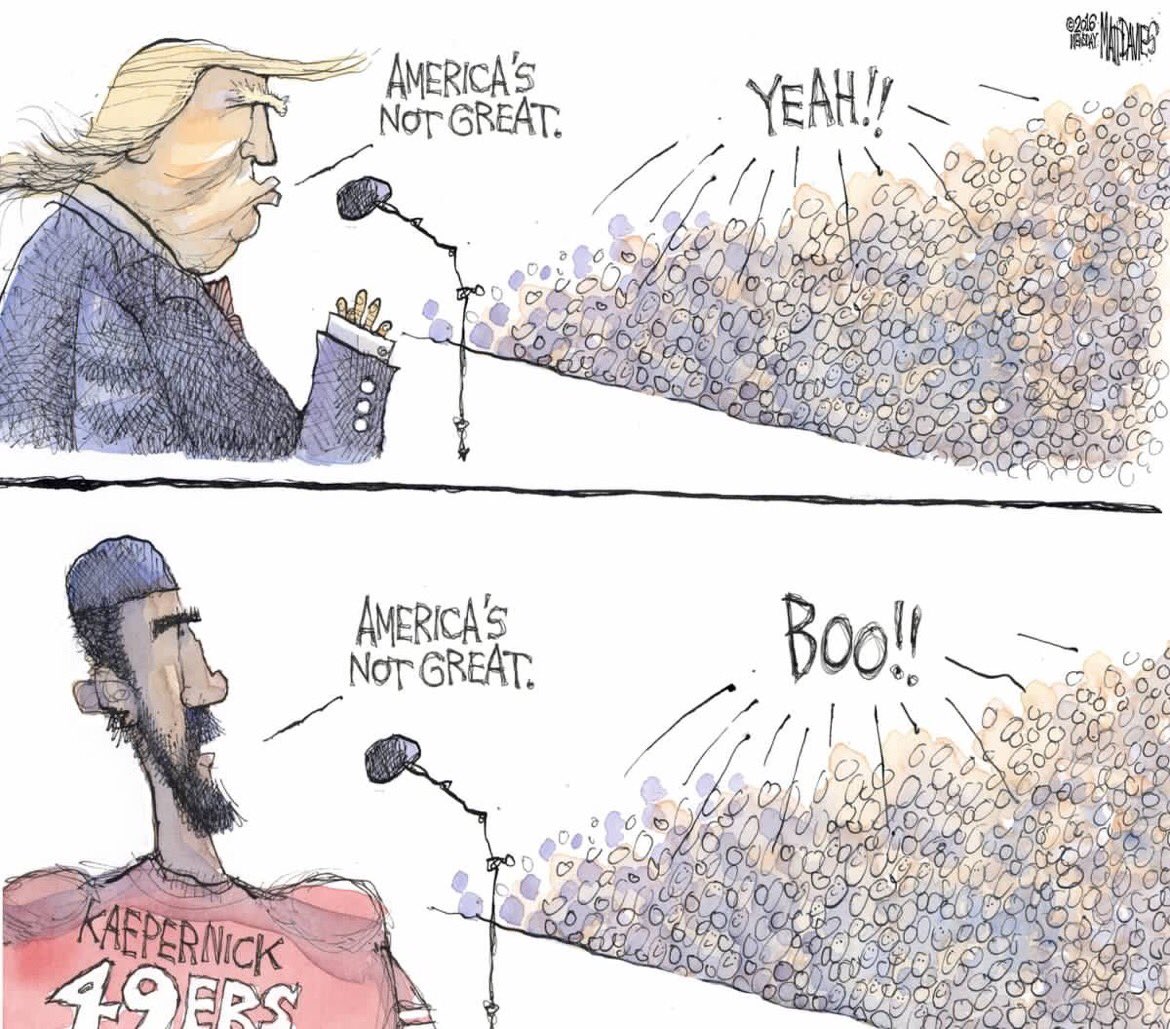 And now... let's all STFU about this trivial matter.  But before we do, let's give the #VeteransforKaepernick the last word.
Posted by PDiddie at Wednesday, August 31, 2016

As I note at my "shop," Mahmoud Abdul-Rauf got blamed for this 20 years ago. As a Muslim, had he done it post-9/11, he might have been lynched?

And, having once held a Bic lighter to a made-in-China plasticine version of a tricolored object (for which the Democratic presidential candidate once wanted to arrest me), as a contrarian in general, I don't consider it fully trivial. I certainly don't consider the pile-on of NFL-connected lackeys trivial.

He was a better player when he was Chris Jackson.

And it's completely trivial (not belittling your experience, but any nationalist outrage connected with the flag is bullshit camoflaged as righteousness).

Well, my thought is that while the value attached to the flag itself is, indeed, trivial, the fact that so many people do attach so much value, even if it IS trivial ... is precisely what makes flag, or anthem, related, protests non-trivial. (Not that the wingers will listen, but ...)