Still nothing for her to worry about

Most of the Democrats I visited with over the weekend are finally starting to relax a little now that the horse-race polls are coming into alignment with the Electoral College projections.

-- These folks also see a landslide. 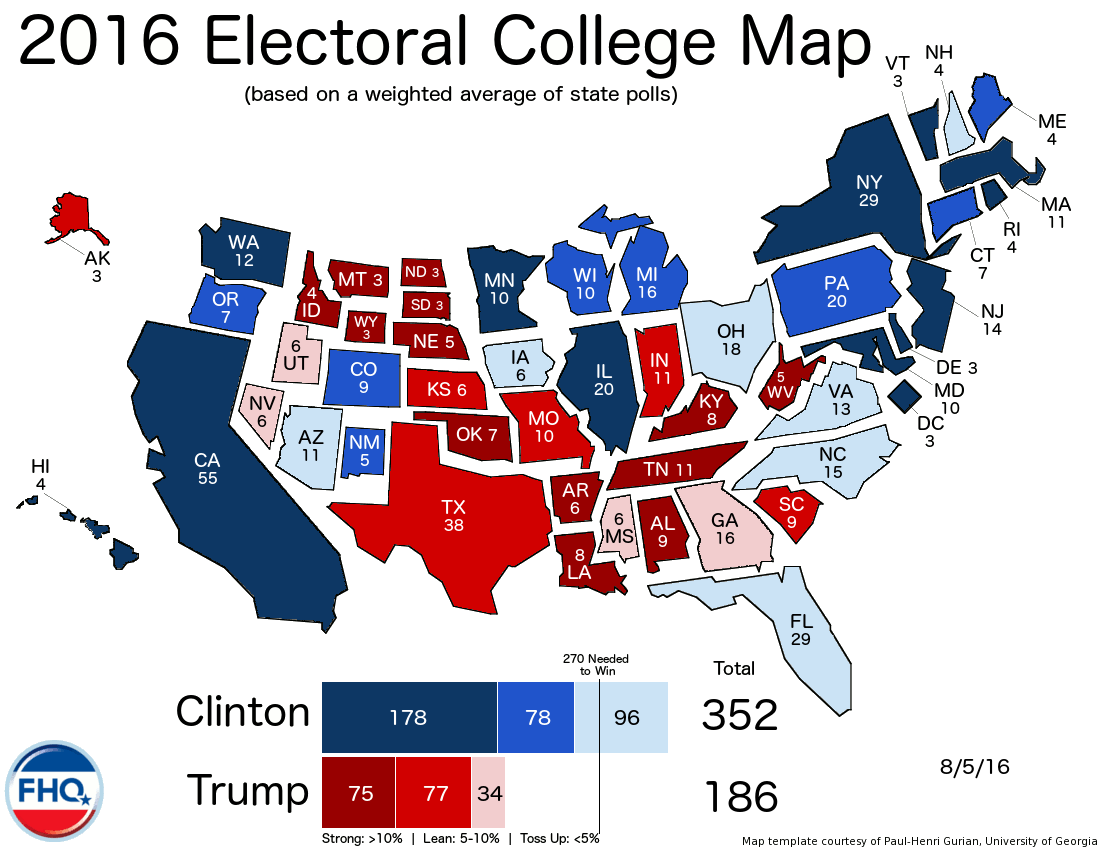 Note that AZ is turning blue in their scenario but NV is not.

-- Nate Silver's bunch, who'd been running a little on the conservative side this cycle after getting Berned in Michigan, shows the largest spread, with 365-172.7 and one electoral vote to Gary Johnson.   "Only" an 87.5% probability for Madam President.

Given these numbers you might think that future Daily Jackass and AmericaFUCKYEAHblogger John Aravosis would be chill, but he's not.  I booted him off the blogroll here months ago -- maybe even before Ted -- for his Clinton shilling and attacks on Bernie Sanders, which immediately transferred to Jill Stein.  With these fresh Red scares he's really going to have a lot of blood on his hands if/when Hillary bombs Iran, starts a new war -- hot, cold, or "just right" -- with Russia, or simply continues the Obama bombing campaign, now in four countries but nowhere on your teevee.

Coming up: a few fresh Daily Jackasses and some updates to old ones.
Posted by PDiddie at Tuesday, August 09, 2016