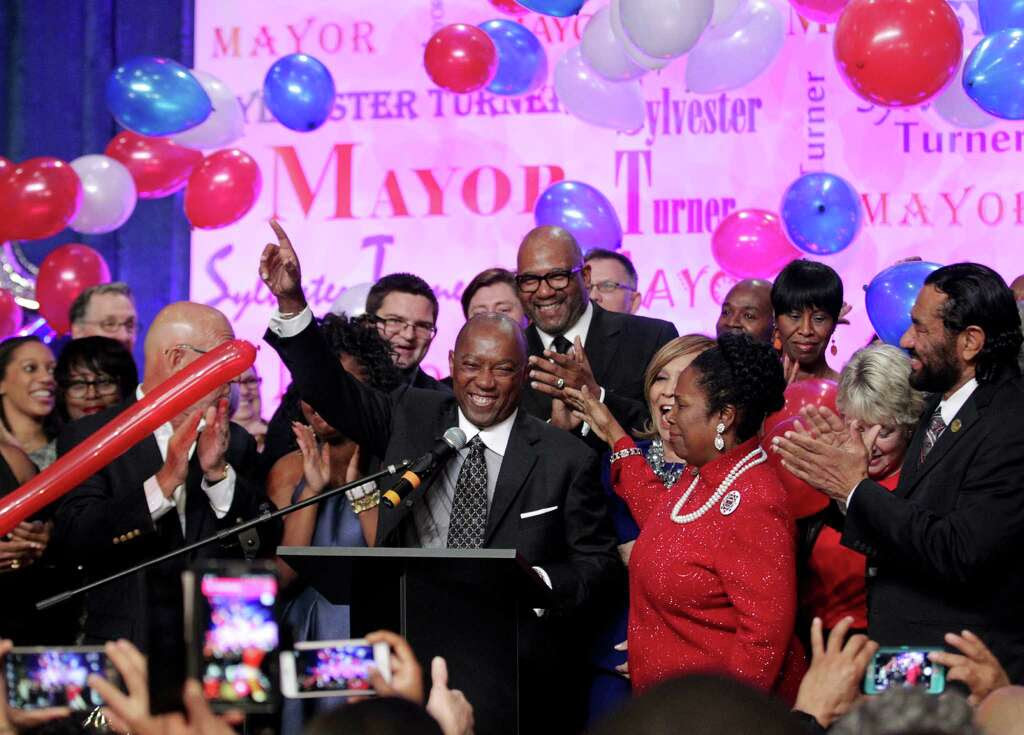 
At one point, with 53% of precincts reporting, Turner had a 500-vote lead over King.  That was half the number of undervotes in the contest at that time.  Later, with 82% in the can, King pulled ahead by 1600 votes in Harris County, but was still losing the race by about 1800... thanks to a 3400-vote lead in Fort Bend County, with predominantly African American and middle class precincts in Houston proper.  Turner got 93% of the vote there.

Turner wound up carrying all three counties narrowly, but it was the cushion in Fort Bend -- and the pathetic 4% turnout in Montgomery County, which gave King a 100-vote margin -- that made the difference.  In a race this close, though, almost anything could have changed the outcome.  In Harris, for example, 208,600 votes were counted for the two candidates, and Turner carried the county by less than 700.  But 1,188 Houston residents did not vote for either candidate, and -- even weirder -- 6 people voted for both of them.  (Don't ask me to explain this.)

Chris Brown defeated Bill Frazer to be the city's controller for the next four years in slightly more comfortable fashion, 52-48 or about 8K out of 179K cast, with nearly 30K undervotes.

Mike Knox defeated Georgia Provost 52-48 in AL 1, incumbent David Robinson prevailed over Willie Davis 54-46 in AL 2, Amanda Edwards trounced Roy Morales with 62% to win AL 4, and shitty Jack Christie got 58% against shittier Sharon Moses in AL 5.  The real news in these citywide races was the massive amount of undervoting; AL 2 and AL 5 both had over 45,000 'none of the aboves', more than 20% of their total.

In the district runoffs, Mike Laster won easily with 65%, Karla Cisneros beat Jason Cisneroz by a 55-45 spread, but incumbent Richard Nguyen was defeated by Steve Le 51-49 in one of the uglier contests in recent memory.

HISD incumbents Rhonda Skillern-Jones and Manuel Rodriguez held onto their seats as well.

Thus Council gains a TeaBagger, Knox, to replace the moderate Steve Costello, gets a little more liberal with Edwards replacing C.O. Bradford, and we'll wait to see what we get with Le replacing Nguyen.  The rest of the new faces may be a wash, ideologically.

The deadline to file for the 2016 primaries is Monday and we'll quickly turn our local and statewide attention to that.  I'll have more shortly about Nile Copeland, the Democratic judicial candidate for Court of Appeals in 2012 -- a fellow I endorsed and spoke highly of  -- who's running for a state district judgeship as a Republican in 2016.  He's on the right in the photo below from Bill King's defeat party last night.  On the left is Tex Christopher, who's running for the chairmanship of the Harris County Republican Party. 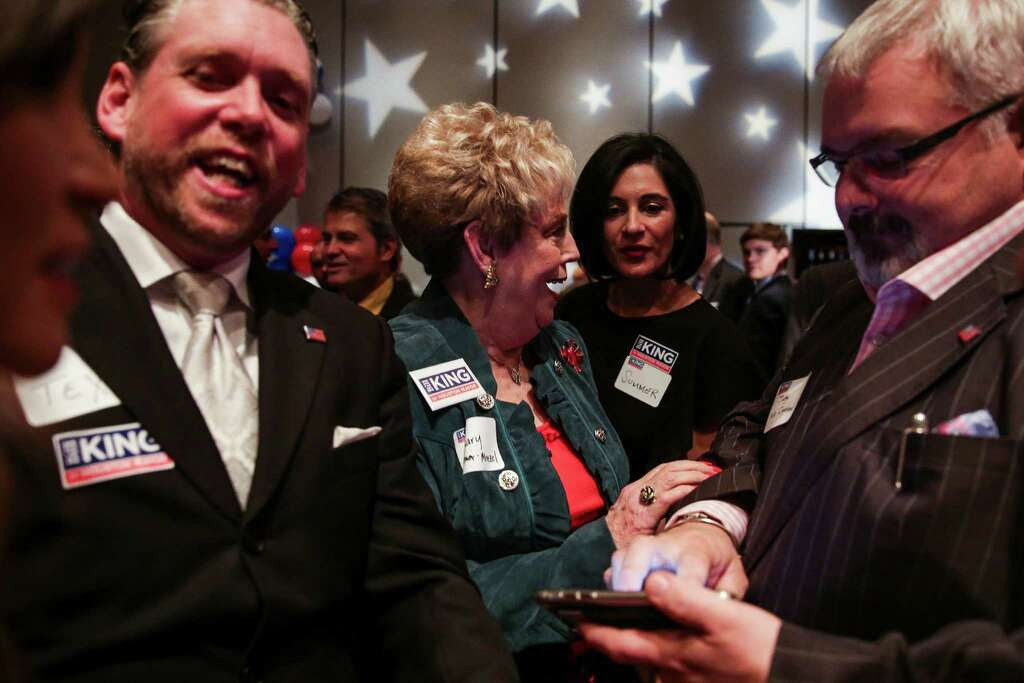 This feels like a larger betrayal than even Chris Bell's, to be honest.
Posted by PDiddie at Saturday, December 12, 2015