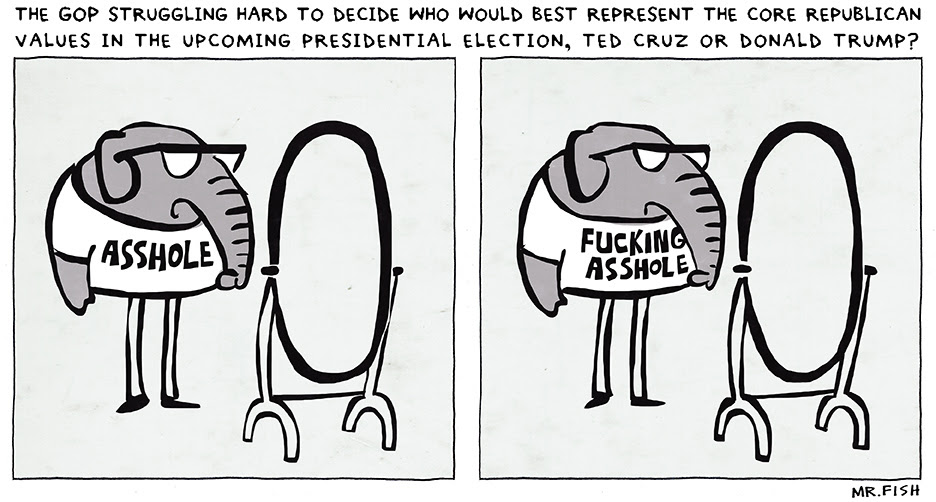 This debate (the fifth for the GOP) will feature nine candidates on the primetime stage. Just five of those nine managed to qualify by topping 3.5 percent in an average of national polls — Donald Trump, Ted Cruz, Marco Rubio, Ben Carson, and Jeb Bush. However, CNN also took polling averages in Iowa and New Hampshire into account, so Chris Christie, John Kasich, Carly Fiorina, and Rand Paul also made the cut (though CNN had to bend its rules a bit to get Paul in).


CNN will host, broadcast, and stream for free to non-cable subscribers.  Wolf Blitzer will moderate, Hugh Hewitt (you may recall he and Trump have some contentious history from September over terrorism) and Dana Bash will offer a few questions.

As far as as I'm concerned, the viable field of potential nominees consists of Trump, Cruz, Rubio, and Christie, whose rise to second in NH may carry him into the spring and the Massachusetts GOP primary on Super Tuesday (March 1).  But after that, it's a long way to the NY primary on April 19 and the New England Super Tuesday on April 26, and there's no other states that vote before then in which I see him competitive.

So call it Trump, Cruz, Rubio, and Fat Bastard by late February, rolling toward South Carolina.

With concerns from the RNC and “establishment” conservatives such as Mitch McConnell, Trump is privy to a new level of internal scrutiny, facing the prospect of a brokered convention if he’s successful in the primaries. Trump has spoken of running as an independent, which was echoed on Friday by Ben Carson, who threatened to leave the Republican Party if he deemed it too unfriendly to less orthodox candidates.

With Cruz surging in the Iowa polls, endorsements rolling in, and conservatives starting to treat him as a sober alternative to Donald Trump, a strong performance on stage will likely propel him that much closer to winning the first round of 2016. Trump has insisted that the moment he starts attacking Cruz, the Texas Senator will suffer (he referred to Cruz as a “maniac” Sunday morning), but Cruz has shown durability as a Trump alternative. He took a commanding lead in Iowa polling over the weekend. There’s only one Republican debate after the next one before Iowans flock to the caucuses.


The Democrats will debate on Saturday night.

Clinton, Sanders, and O’Malley will debate this Saturday at 8 PM at Saint Anselm College in Manchester, New Hampshire. The debate will be hosted by ABC News, the New Hampshire Democratic Party, WMUR-TV, and the Union Leader. David Muir, Martha Raddatz, and Josh McElveen will moderate.

Sounds about right. Cruz is probably most enticing to the Religious Right in Iowa. Trump's numbnuts comment on this issue aside, some of them may have had questions about Carson's Seventh Day Adventism anyway. Rubio's not really a darling of the RR.

New Hampshire will be made interesting by how many people do crossover voting, and for whom.