Just like Donald Trump, out to destroy the Republican Party from within. 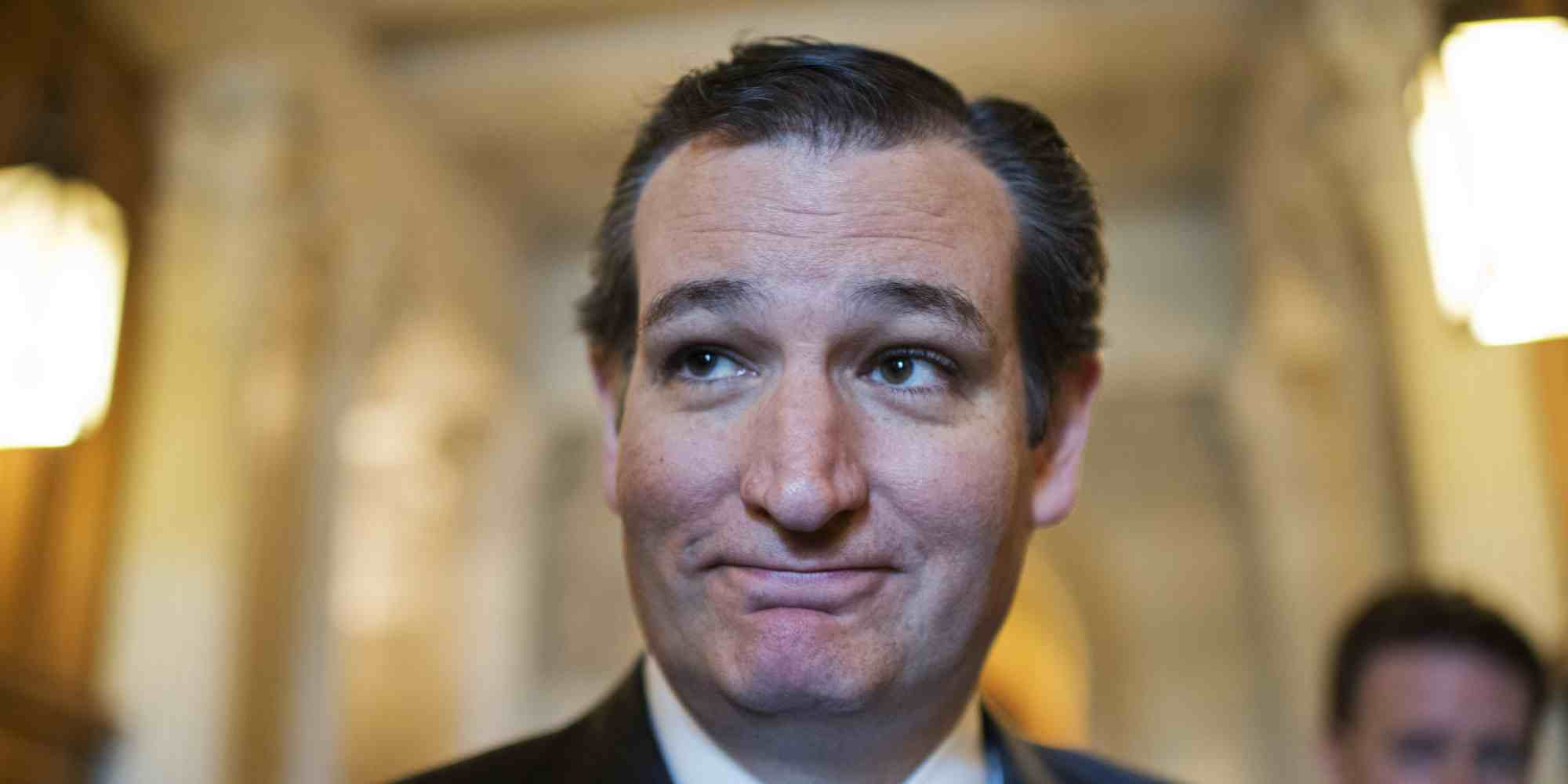 Speaking with reporters following the (shootings at a Colorado Planned Parenthood), Cruz rejected suggestions that the shooter was part of the anti-abortion movement, taking issue with the “vicious rhetoric on the left blaming those who are pro-life.”

When a reporter reminded the Texas senator that the suspect allegedly made a comment about “baby parts” while being arrested, Cruz countered, “It’s also been reported that he was registered as an independent and a woman and transgendered leftist activist, if that’s what he is.”

Dear’s voter registration, where he is listed as a woman, was uncovered by the Gateway Pundit, a self-described "right-of-center news website."

“We know that he was a man who was registered to vote as a woman,” Cruz said. “The media promptly wants to blame him on the pro-life moment when at this point there is very little evidence to suggest that.”

The appropriate response, from Jon Green at AMERICAblog.

Cruz is referring to right wing bloggers, who reported on Saturday that Dear is listed as female on his voter registration. It appears that, like Bill O’Reilly, he checked the wrong box on his form.

Cruz’s campaign later clarified that Cruz didn’t mean to imply that Dear was actually a “transgendered leftist activist,” but rather that “there isn’t enough information.” In other words, it’s just as likely that Dear is exactly who he says he is as compared to a ridiculous caricature of what the right wing imagines white criminals to be. You see a radical conservative Christian, Gateway Pundit sees the opposite. HOW CAN WE TELL THE DIFFERENCE???

Aside from Dear’s penchant for handing anti-Obama literature to complete strangers.

Cruz’s is a particularly lazy form of misdirection, to say nothing of a drastic deviation from the conclusions he was more than willing to jump to following the Paris attacks. He might as well have said that some people think cucumbers taste better pickled. While no less ridiculous, at least that bit of misdirection would have been true.


The somewhat less than appropriate response, from me:

Ted Cruz likes his pickled cucumbers deep up his ass, with a side order of tossed salad.  As far as we know.  That has been reported in the media (this blog).

So if this is how the next twelve months is going to go, we might as well be prepared to counter their facts with some facts of our own.  Right?

Update: "Ted Cruz says there is no ‘war on women’ because we don’t have a condom shortage"


Republicans are not against contraceptives. I've used many different kinds of birth control because it's hard to find extra small condoms.
— Speaker Cruz (@HavanaTed) December 1, 2015

I figgered as much or similar on Dear.

Hell, the state of TexASS misspelled my first name on my driver's license.