Democrats prepare to debate amid contentiousness 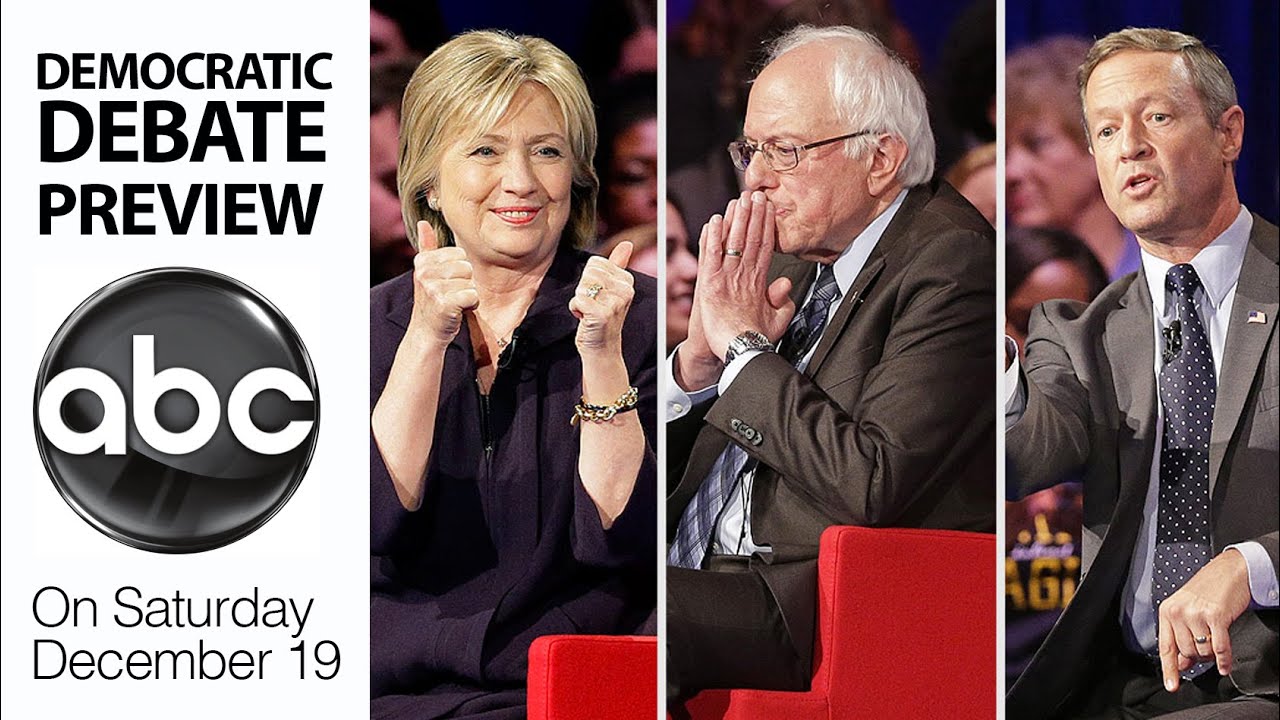 It's not just the Sanders data "breach" -- the firewall fell down after a software patch by the vendor, somebody snooped, he got fired for it ...

Late Thursday night, the DNC took the drastic step of cutting off the Sanders campaign’s access to its comprehensive 50-state voter file that lists voter patterns and preferences, effectively shutting down the campaign’s voter outreach operations just over a month before the critical Iowa caucus and a little over 50 days before the New Hampshire primary.

The punishment came about as the result of a 30-minute glitch in NGP VAN — the vendor that handles the DNC’s voter data — in which internal models for each Democratic presidential campaign were briefly available to other competing campaigns while NGP VAN was applying a patch to the software. Michael Briggs, a communications aide for the Sanders campaign, said this isn’t the first time they’ve reported security bugs in the DNC’s voter file.

“On more than one occasion, the vendor has dropped the firewall between the data of different Democratic campaigns. Our campaign months ago alerted the DNC to the fact that campaign data was being made available to other campaigns,” Briggs told Buzzfeed News. “At that time our campaign did not run to the media, relying instead on assurances from the vendor.”

The DNC has vowed to not grant the Sanders campaign access to the voter file until it has proved that it destroyed all of the Clinton campaign data it inadvertently accessed as a result of the glitch. However, as Reddit user bastion_of_press pointed out, the Sanders campaign cannot prove it destroyed something it doesn’t have, meaning the ban on accessing critical voter information could be indefinite.

The Democratic National Committee has revoked the sponsorship of WMUR, New Hampshire’s most influential television station, of the party’s presidential debate (tomorrow night) because of a labor dispute involving the station.

Pressure had been mounting on the station’s parent company, Hearst, for some time, as all three Democratic candidates for president pushed for labor negotiations to at least begin before the debate, scheduled for next Saturday, Dec. 19. Otherwise the candidates faced the prospect of having to cross a picket line.


That's enough sturm und drang added to Saturday's night's main event that we all ought to have something to look forward to, as regards whether or not Sanders might actually throw a punch at the front-runner, and how she might counterpunch (or more likely, the other way around).

Here's a few more developments that might liven up the festivities.

-- Majority of Bernie Supporters Would Back Hillary As Nominee:

A new poll has found a majority of Bernie Sanders supporters would support Hillary Clinton if he dropped out of the race. Amid increasingly demagogic rhetoric from the Republican field of candidates, as well as a dearth of Democratic nominees, it is unsurprising that left-leaning voters would opt for Clinton should Sanders halt his campaign. However, this potential support directly defies the very principles Sanders has earned passionate support for espousing.

The poll, conducted by Monmouth University, surveyed 1,006 registered voters from December 10-13, drawing data from 374 Democratic voters and voters who lean toward the Democratic party. Though the sample size was relatively small, it revealed a disturbing sentiment.

Bernie Sanders has long been viewed as an anti-establishment candidate and is most revered for his outspoken goal of breaking up big banks. Though Clinton’s policies and priorities are diametrically opposed to this proposed noble undertaking, 59% of Bernie Supporters would “be okay” with her nomination.

This acceptance of Clinton’s hegemony is ultimately unsurprising, considering Sanders has generally refused to criticize the leading Democratic candidate. Though last month the New York Times reported Sanders was prepping to hit Hillary on trade, gun control, and even the controversy over her State Department email in their upcoming debate, he has shied away from exposing the foundations of her establishment agenda.

Though Sanders has made battling the power of the banking elite a cornerstone of his presidential campaign, he has failed to significantly criticize Clinton for her deep ties to banking corporations. In fact, his campaign abruptly pulled an internet advertisement that attacked Clinton for her “big money interests.”


If he's not going to start fighting back now, it's already over for him.  Frankly I thought he'd make a good game of it until at least South Carolina.  So the Green Party and Jill Stein now have a target number, and it's around 40%.

In spite of the fact that Hillary’s policies directly defy the fundamental goals of Sanders’ campaign, however, his supporters appear content to accept her though she violates the core of their beliefs. Democrats in general are even more enthusiastic about her potential presidency.

Democrats surveyed in the Monmouth poll harbored deep support for Clinton; 22% of respondents said they would “enthusiastically” support her while 58% said they would be “satisfied” if she were to become the Democratic candidate — totaling 80% of Democrats who would positively embrace Clinton as the nominee. This support is concerning, especially considering that according to the same poll, Democrats rate the economy and jobs as their biggest concern — while they simultaneously place faith in the candidate with the strongest reputation for favoring the economic interests of corporations over constituents.


That cognitive dissonance -- or lack thereof -- is plainly what Greens must exploit.

-- On the bright side for Sanders' Democratic hopes, Nate Silver Harry Enten at Nate Silver's 538.com says it's not too late for Bernie to catch Hillary in Iowa.

Over the past month, Clinton has had a 53 percent to 37 percent advantage over Sanders in Iowa polls. A survey from polling demigod Ann Selzer found Clinton ahead of Sanders 48 percent to 39 percent. Her position is stronger than it was at this point during the 2008 cycle, when she led Barack Obama 30 percent to 24 percent. Still, past campaigns suggest that Clinton’s current lead isn’t necessarily secure.

You might be thinking, “So what?” Clinton, at this point, has a pretty insurmountable 49 percentage point lead in South Carolina thanks to strong African-American support. A win for Clinton there after losing Iowa and New Hampshire would probably put her back on track to win the nomination.

Indeed, anyone who has been following my writing this year knows that I think Clinton is a near-lock for the Democratic nomination even if she loses the first two states. Still, Clinton probably doesn’t want a lengthy primary season against an opponent who has pulled her further to the left. She wants to pivot toward the center while the Republican race devolves into a possible (metaphorical) fistfight.


Saturday night's all right for fighting (Bernie).
Posted by PDiddie at Friday, December 18, 2015