The Texas State Bored of Education

Yes, it's a headline I have used previously.  Sadly it remains apropos.  When you combine Republican straight-ticket voting with abysmally low turnout, this is what you get.

Amid uproar in conservative circles about perceived anti-American bias in the new Advanced Placement U.S. History course and exam, Texas on Wednesday moved to require its high school students to learn only state-mandated curriculum — not be taught to the national test.

The Board of Education approved a measure declaring that the history curriculum its members set trumps that covered by the AP history course created for classrooms nationwide. That class concludes with an exam that can earn college credit for students who score high enough.

The board must still take a final vote, but the measure's content isn't expected to change.


Just so everyone's clear, this is a similar problem -- but not the same one -- with respect to the ongoing controversy about what goes into the school texts in Texas.

The controversy stems from the recent overhaul of the AP test, administered by the New Jersey-based College Board, that was meant to de-emphasize memorization. The new exam will be given for the first time in May and includes a lengthy framework to help teachers better-prepare students for the requirements.

Conservative activists, though, have decried the new course, the teachers' framework and even the exam itself as rife with liberal themes and focusing on the negative aspects of U.S. history. Some have even likened it to "mind control" engineered by the federal government.

Board Member Ken Mercer, a San Antonio Republican, called for Texas to delay implementation of the new AP test in Texas. But since the board has no jurisdiction over a national test, members compromised with Wednesday's measure.

In 2013, about 47,500 Texas high school students took the AP History exam, and about 18,600 earned college credit. AP History students this year will still take the new exam, but will prepare for it by studying Texas-sanctioned curriculum.


Personal aside: I don't have children so I won't be having any grandchildren.  So conservatives ask me -- too often -- why do I care what they teach in public schools?  Why am I not busy complaining about the taxes I pay to school districts?  And such as that.

The answer is easy:  I don't want to live in a nation of morons and a state full of simpletons. 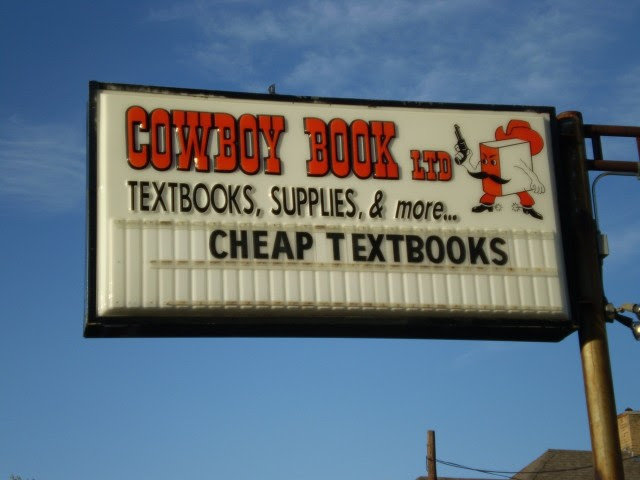 When conservative and religious extremists get elected to the Texas SBOE -- because of the afore-mentioned straight-ticket voting that isn't countered by the minority, the thinking class -- we get science textbooks that deny climate change, history textbooks that downplay segregation in the South, and social studies textbooks that allege that Moses was the father of American democracy.

1.  When people say they don't vote, ask them why they want their school children taught that Jesus rode a dinosaur 6,000 years ago... when the Earth was first created by God?

The SBOE races on your November ballot might just be the most important ones.

2.  This goes well beyond making Texas a laughing stock.  It is understood in certain business and entrepreneurial circles that the low tax environment in the Lone Star State isn't enough to overcome the low education of its next generation of workers, to say nothing of the disservice already done to low-income and minority students.


An analysis from the state higher education board estimates that almost 6,000 additional students would need remedial education once they reached four-year and community colleges at a cost of $2.3 million annually as a result of altering the high school curriculum.

The talk of diploma endorsements has also raised old fears about the shuttling of minority and low-income students into vocational programs, a concern TEA chief (Michael) Williams often cites in public remarks.

John Fitzpatrick, the executive director of Educate Texas, which promotes college preparation and workforce development, said he worried the lower-quality classroom instruction students in poor, minority neighborhoods all too often received could be exacerbated by the new plans that provide more options for career and technology education.

“Having worked both as a school board member and a teacher, I also know too often what the default is," he told lawmakers.

See, there are even a few Republicans who get it.  If you really think Elon Musk decided to build his gigawatt battery factory outside of Reno because of a few extra tax breaks from the Nevada state legislature... then you might be a recent product of Texas public schooling.

It all starts with voting, folks.  And it ends with knowing who you are voting for.
Posted by PDiddie at Thursday, September 18, 2014