It might a little difficult having your fast-food lunch today.

Fast-food workers in more than 150 U.S. cities are planning protests on Thursday to press for a wage increase to $15 an hour and allow them to unionize jobs from the fry-basket at McDonald's to the cash register at Burger King.

"We're going to have walkouts all over the country," said Kendall Fells, organizing director of the movement called Fight for 15. "There are going to be workers who don't show up to work or who walk off the job at 12:01 a.m. or at noon."


Yeah, screw the King from two weeks ago.  They shouldn't be under consideration for your business anyway since they're treasonous anti-American deserters...

The protests come as cities across the United States propose minimum wage increases while Democrats in Congress seek to raise the federal minimum wage ahead of November's mid-term congressional elections.

A recent report by the Economic Policy Institute think tank found the typical worker in the restaurant industry makes $10 an hour compared to $18 an hour typically earned in other industries.

One in six restaurant workers, or 16.7 percent, lives below the official poverty line, compared to 6.3 percent of those working in other industries, the report said.

Fast-food workers are even poorer, earning an average of less than $8 an hour, according to the Service Employees International Union, which supports the fast-food workers' protests.

"Nobody who works 40 hours a week should be living in poverty," U.S. Senator Bernie Sanders, an independent from Vermont, said on Twitter. "I applaud the fast-food workers all across the country who will be striking on Thursday to raise the minimum wage to a living wage."

Anyway, have lunch at a Mom-and-Pop today.  That would be ten times better for everybody than giving any money to that Rick Perry-loving CEO of Carl's Jr.  Besides, that fast food crap'll kill ya.

Update: Arrests galore today across the country, five in Houston.  And this was the scene at the McDonald's headquarters outside Chicago. 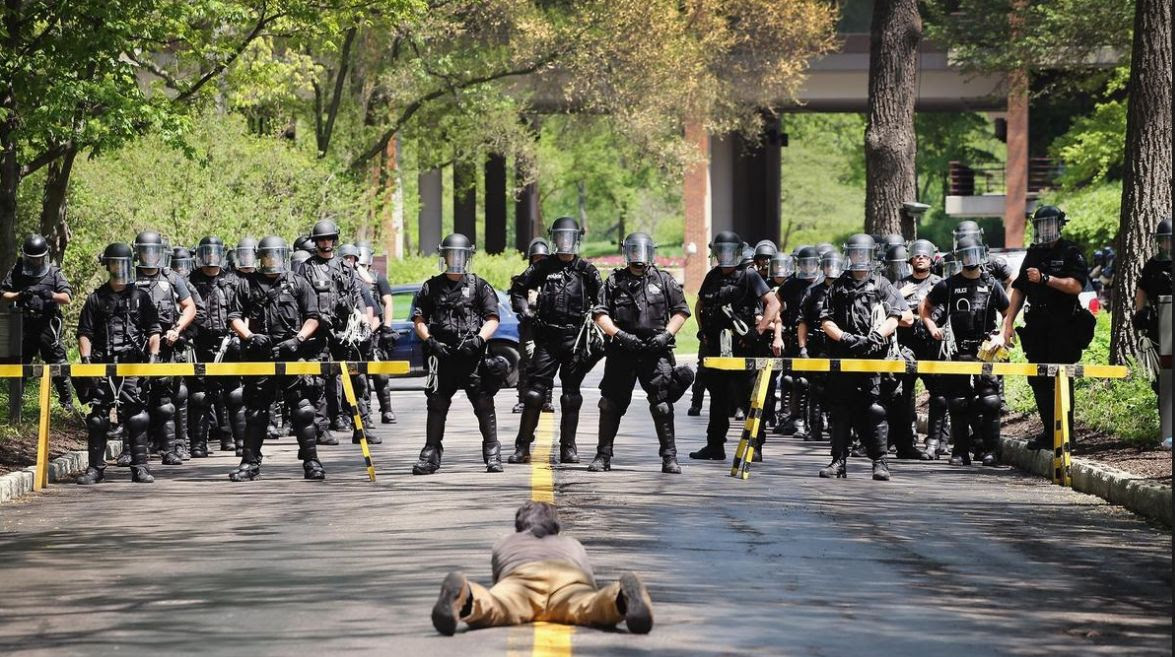 And, don't eat at the Christian Rightists who own Chick-fil-A, either.