James O'Keefe might be in Houston, and other things

-- There's some folks who think the destroyer of ACORN might be in town to try to catch some voter "fraud"... or something. 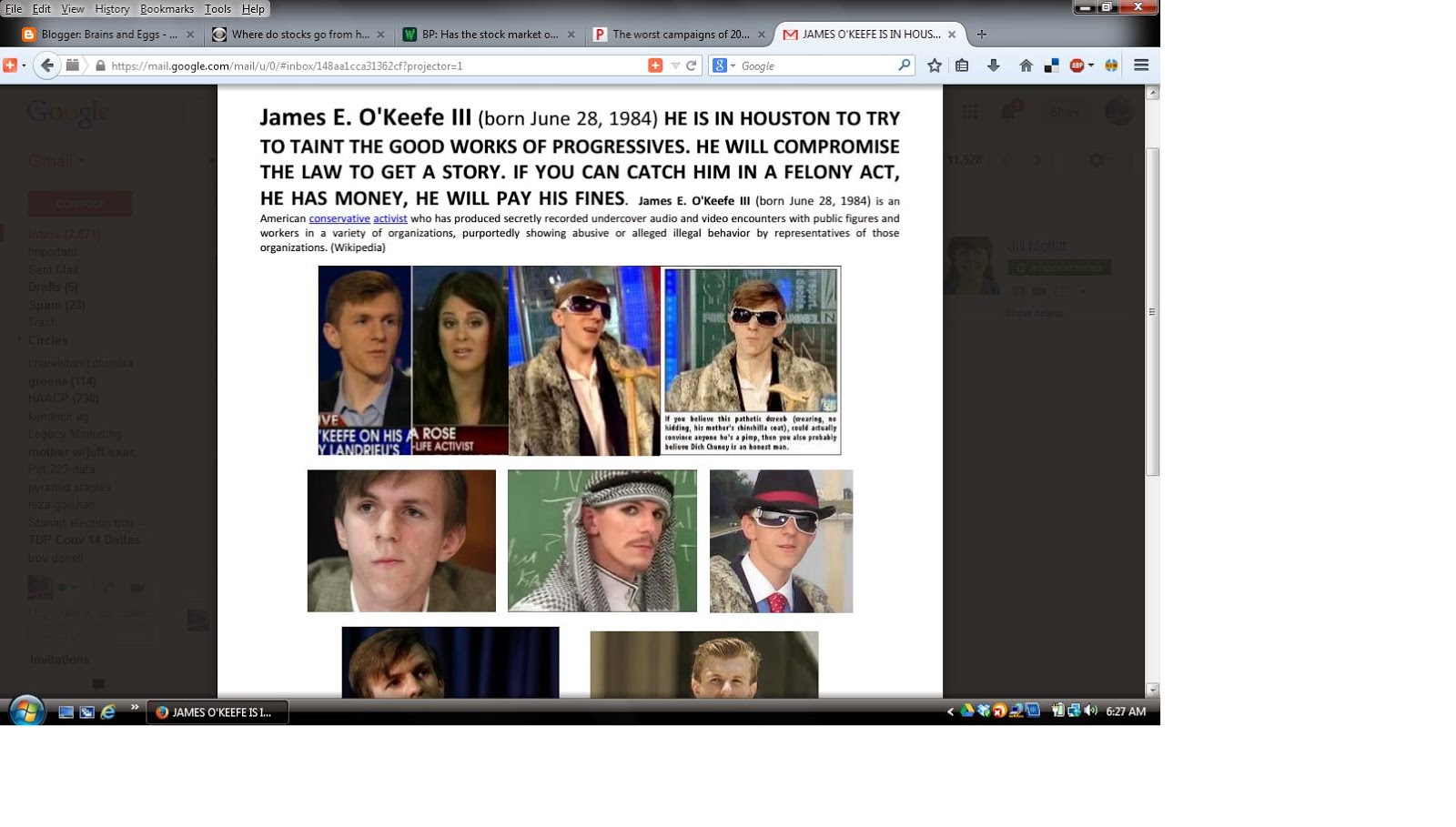 Though it probably did take him a couple of weeks to hitchhike up here from the border after his latest stunt, he's still a little too soon for early voting.  So beware all you people getting folks registered between now and the deadline for that.  You don't want to be on Candid Conservative Camera. 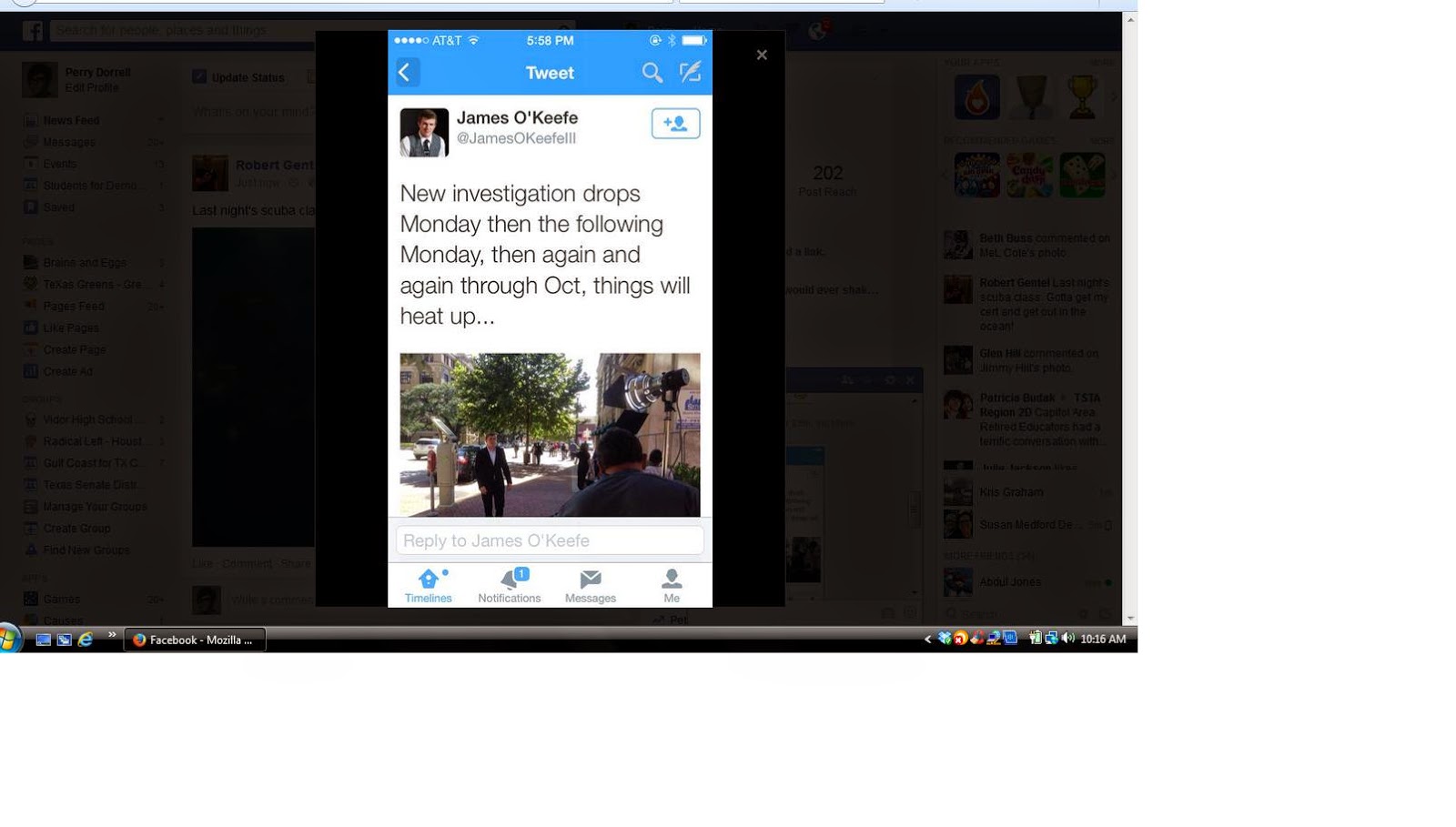 -- Frankly, I don't understand why Republicans are so worried about their election results in Texas.  Maybe they're listening to what Harvey Kronberg (Quorum Report) and Ross Ramsey (Texas Tribune) are saying, and also taking no solace in Politico's assessment of the gubernatorial contest.

-- Ladies and gentlemen: here is your Texas NORML Voter's Guide.

The Hill reviewed hundreds of emails from a progressive members only Google group called the “Gamechanger Salon,” a forum where nearly 1,500 activists, strategists and journalists debate issues and craft messaging campaigns.

The group includes prominent Democrats, Sierra Club officials, journalists who work for The Huffington Post and The Nation magazine, senior union representatives, leaders at the Progressive Change Campaign Committee and the president of NARAL.

In the emails spanning over a year — starting in June 2013 through July of this year — frustration with Clinton is evident.

Clinton’s too much of a hawk, too cozy with Wall Street, hasn’t spoken out enough on climate change, and will be subject to personal questions and criticisms, members of the group stated in the emails.

The existence of the group was reported earlier this year by the conservative outlet MediaTrackers.org, but this is the first time the emails have become public.

Will more developments like this convince Bernie Sanders to run as a Democrat in 2016?

The stealth F-22 has had chances to fight before – during Air Force operations in Iraq and in Afghanistan as well as its role in the no-fly zone over Libya in 2011 – but in each case the Air Force said the high-tech jet was not an “operational requirement.”
The Pentagon apparently decided the U.S.-led strikes against ISIS in Syria, for which the Syrian government says it was given warning, were different.

Do you think this fresh new war is going to lift the fortunes of Democrats in November?  After all, Rush Limbaugh and John Bolton and Sean Hannity are all afraid it might.
I would simply observe that Syria became the 7th predominantly Muslim nation to be bombed by the 2009 Nobel Peace laureate.  And that perhaps that's where all these new terrorists might be coming from. As for wars, bombing, 'protecting the Homeland', etc. and so on...