The Texas Progressive Alliance wishes everyone a happy Thanksgiving as it brings you this week's blog post roundup. 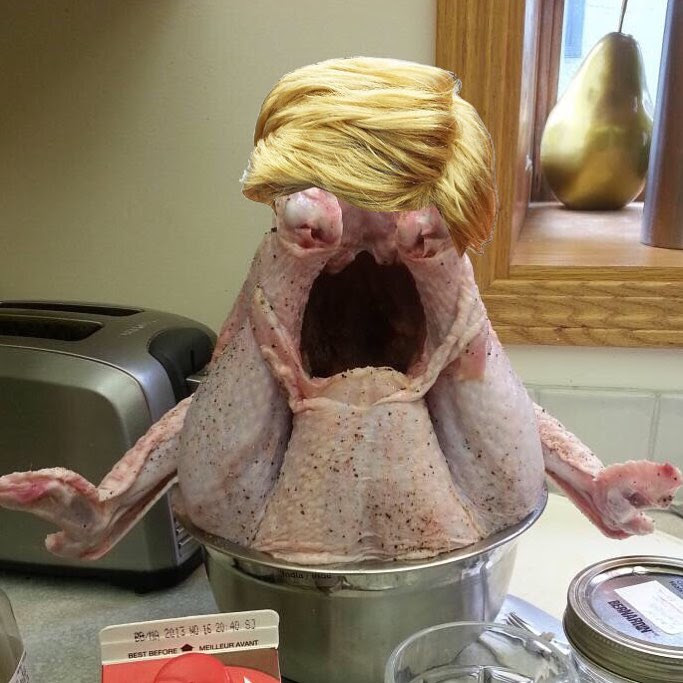 Off the Kuff analyzes Hillary Clinton's performance in Harris County and why we should be careful about using her numbers to project forward.

Socratic Gadfly offers a state and national Green Party post-mortem along with suggestions for the future.

President Trump's first cabinet picks are shaping up as unexpected and unconventional, writes PDiddie at Brains and Eggs.

CouldBeTrue of South Texas Chisme proudly stands against the tyranny of Trump rule. He does NOT have permission...

Neil at All People Have Value noted that the organizers of an anti-Trump march in downtown Houston this past week were two college students. The work of opposing Trump is going to be up to each of us. APHV is part of NeilAquino.com.

jobsanger conjures the ghost of George McGovern in suggesting the Democratic Party resist pressure to move to the left.  (Ted's still not seeing things too clearly in the wake of Hillary Clinton's upset loss.)


Texas Vox asks what's next for Waste Control Specialists, the company that holds a permit for storing low-level nuclear waste in Andrews County, which has applied for a license to store high-level waste while negotiating a merger with its rival, EnergySolutions.

After some voting machine errors and a co-mingling of counted paper ballots with uncounted ones, Denton County finally completed its recount of Election Day's results, reports the Lewisville Texan Journal.

And Texas Leftist posted regarding Houston's new police and fire chiefs that were tapped last week by Mayor Sylvester Turner.

The Texas Observer attended a rally at the Presidio-Ojinaga international bridge, where West Texans and Mexicans joined hands in solidarity and declared "Viva la Frontera!"

Somervell County Salon has the second part of "Post-mortem reflections on the 2016 election: "Who'd you vote for?"

The WAWG Blog offers a guideline on understanding your authoritarian right-wing neighbors.

The Texas Moratorium Network wrote about two Texas lawmakers, Reps. Terry Canales and Harold Dutton, who have filed bills to abolish the death penalty, to be considered in the coming legislative session.

Daniel Williams sounds the alarm about a dangerous bill for LGBT youth.

Paradise in Hell looks at some pot-related legislation.

Priscilla Dominguez urges everyone to push back against Donald Trump's hate speech.

Scott Braddock says that we may now finally find out what Greg Abbott's agenda for governing is.

And Very, Very Urban illustrates the mood for the next four years.
Posted by PDiddie at Monday, November 21, 2016

I agree with socratic gadfly.

Better candidates with policy ideas, website and social media up and functioning by the time the primaries are going on.