-- Let's get this out of the way first: anybody not named Michael Moore who tells you they saw this coming is telling you a story (unless, of course, they can produce a public opinion that appeared before July 21st of this year).  As you read -- or listen to the same talking heads on teevee who never saw it coming try to explain it -- keep in mind that the those with the most access to the best insider information lost 4 million pounds euros (thanks to DBC in the comments) betting on a Hillary win.  You should have no shame and you have lots of company if you are able to admit to being wrong. 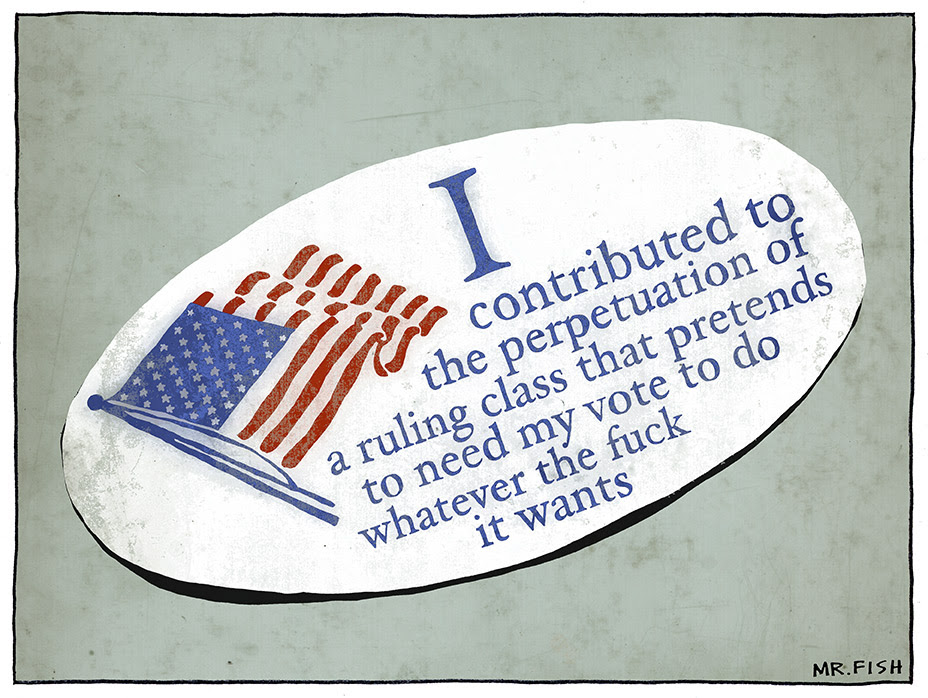 -- And it would go a long way toward accepting the outcome (five stages of grief and all) if you could demonstrate some sign of being awake.  Here's another poor analogy.  Why would anyone choose to rebuild in a flood zone (aka the Democratic Party) when the hundred-year floods come every year now?  You're not a tree; move.  Take off the blinders and start thinking outside the two-party box.  All you have to lose is the next election, after all. 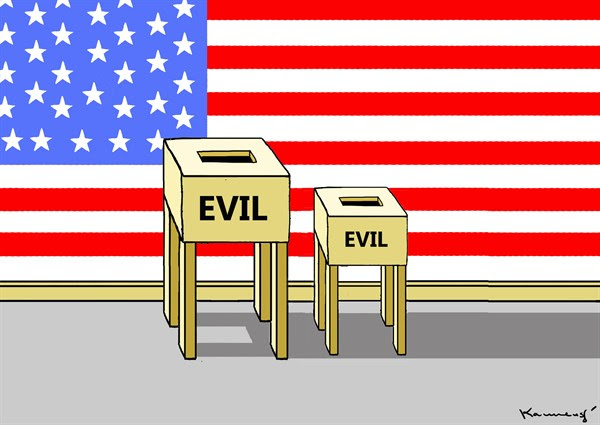 -- The Democratic Party should purge itself of charlatans like Donna Brazile, but we all know they won't.  If you're one of those people who simply cannot bear the thought of voting for someone besides a Democrat or a Republican; if you'd rather keep trying to reform one of them from within, here's a reform you can steal from the Greens.  It just passed in Maine.  Unfortunately you'll have to change the Texas Election Code (Title I, Chapter 2, Subchapter B; IANAL) first.  Several not-so-liberal sources advocated for ranked choice/instant runoff voting in the wake of Trump's winning the GOP nomination, so perhaps the Republicans in Austin can get on board.  As our attention turns to the forthcoming legislative session, let's ask our new state representatives -- and the old ones, too -- and see what they think.
Posted by PDiddie at Thursday, November 10, 2016

Minor detail: The Irish Times story says it was four million euros, which isn't quite equal to four million pounds, but still way more 'n I got.

I'd love to see the Lege pass a change in the Election Code to establish Ranked Choice or Approval voting this year, but I wouldn't bet four million yen on it. Other state legislatures are likely to wait & see how the 2018 election in Maine shakes out.

Yup, once political strategists discovered that negative ads are more effective than positive, issue oriented ads - sometime in the 1970s, I think - political polarization has become institutionalized. The only thing that can reverse this trend is to abandon two-choice, winner takes all elections. Given Arrow's impossibility theorem, no system is perfect, so anything other than what we have now will do.

I don't relish the thought of waiting for weeks for the popular vote margin to go above its current 0.25% as all the late precincts and recounts are tallied, but we also need to get rid of the influence of the Electoral College. The National Popular Vote interstate compact is 2/3 of the way there.

On the Michael Moore front: He got to talk about it in depth on Morning Joe today.