The Comey Effect (and toons)

Is the Big Nothing actually Something?

While FBI Director James Comey's email bombshell may not dent Hillary Clinton's White House chances, Democrats fear it might shorten her coattails and threaten their prospects of retaking the Senate.

Comey's decision to publicly announce a new front in the Clinton private email server investigation so close to the election has come under fire from Democrats and even some Republicans.

Its impact on the presidential race may be marginal, since Clinton has built up a comfortable cushion of electoral votes and Donald Trump pools poorly with some key demographic groups.

But small disruptions in tight down-ballot races could have a big impact and the Democrats' aggressive response to Comey belies their concern that his move could cost them at the polls.

"It's certainly not helpful," said Missouri Democratic Party Chairman Roy Temple. "It kind of pollutes the Democratic brand in a way that's unnecessary, simply because it doesn't actually involve any new information, which is why the frustration at Comey is so high right now." 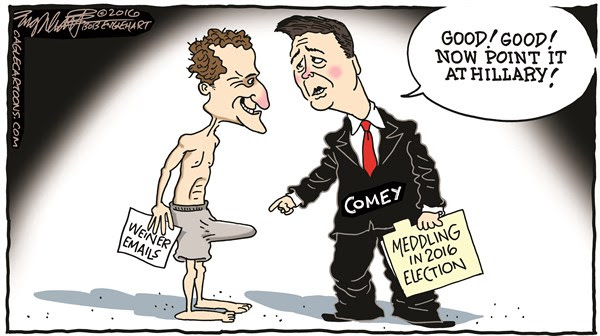 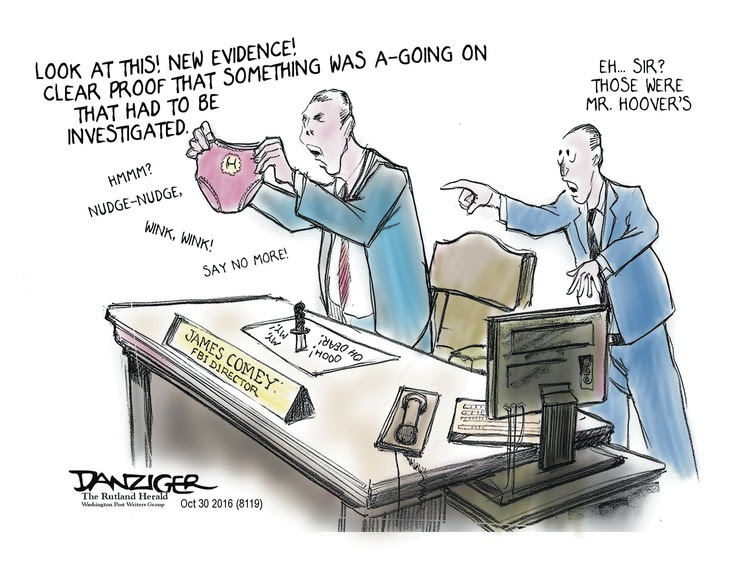 ... (S)ome say that they think the FBI news has foreclosed the possibility of the kind of election triumph that seemed within reach just a few weeks ago.

"It moves us closer to the middle of the bell curve in terms of possible outcomes," said one Democrat working on Senate races, granted anonymity to speak candidly, and who noted that polls had been tightening anyway before the news.

Patrick Murray, the director of the independent Monmouth poll, agreed. "While the email news does not play a decisive role in the presidential contest, a couple of points on the margins could be having a critical impact on tight down-ballot races," he said. 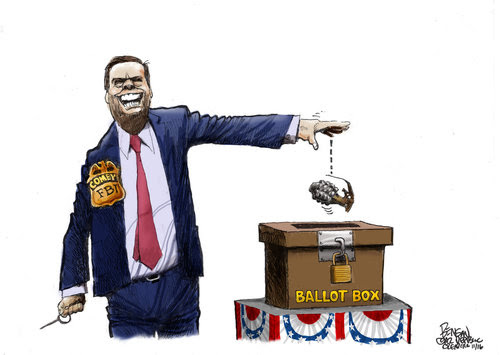 Could this be a reason that turnout in Harris County slumped on Saturday and Monday?  Or was that just the Halloween/Dia de Los Muertes phenomenon?  Has the supply of early voters been exhausted?  As usual, we'll just have to wait and see.  But Comeygate almost eclipsed Brazilegate.

CNN says it is "completely uncomfortable" with hacked emails showing that former contributor and interim Democratic National Committee chairwoman Donna Brazile shared questions with the Clinton campaign before a debate and a town hall during the Democratic primary, and has accepted her resignation.

Hacked emails posted by WikiLeaks show Brazile, whose CNN contract was suspended when she became interim DNC chair over the summer, sharing with the Clinton campaign a question that would be posed to Hillary Clinton before the March CNN Democratic debate in Flint, as well as a possible question prior to a CNN town hall, also in March.

In a statement, CNN spokeswoman Lauren Pratapas said that on Oct. 14, the network accepted Brazile’s resignation.


Democrats are quick to remind us that nothing was rigged.  (As I wrote last week about my personal early voting ordeal, it's been rigged for decades, centuries even.)

But if it makes you feel better, you should just go on thinking that someone is telling you a story about Democrats and Republicans being all the same.  If you're scared of pretty much everything that's happening right now, just repeat your calming zen-like affirmation that Democrats and Republicans are not the same (despite the recent accumulating mass of evidence that they are).

Meanwhile, everybody has a last-minute GOTV strategy. 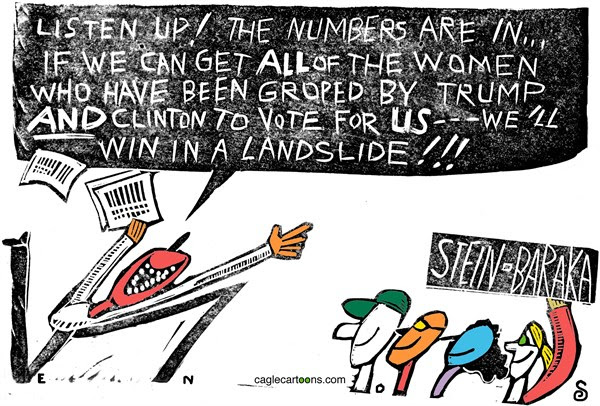 And our media will go on focusing on the things that really matter.