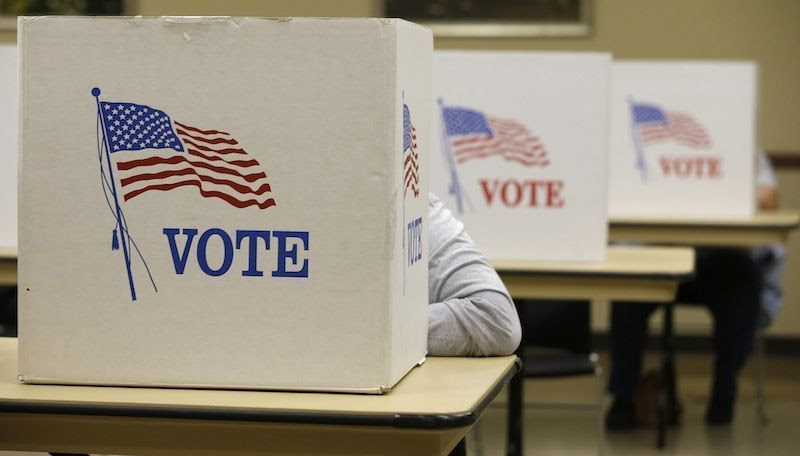 $4.7 million as of the time stamp on this post.

Jill Stein has raised more than $4 million in just over 24 hours -- all through donations to her website.

“Our goal is to create a voting system that we can believe in,” Stein says.

Stein is questioning results in Pennsylvania, where Trump won by roughly 68,000 votes; Wisconsin, where his margin of victory was a little over 27,000 votes; and Michigan which is still too close to call.

“Let me be very clear: We do not have evidence of fraud,” Stein says. “We do not have smoking guns. What we do have is an election that was surrounded by hacking.”

She points to the hacking of the Democratic National Committee, and the hacks into the voter registration lists in Arizona and Illinois - hacks which some U.S. investigators have linked to Russia. She says it all raises questions of fraud with electronic voting machines and demonstrate the need for a count of the actual paper ballots.


One of the guys that started all this is John Bonifaz.

The Washington Post notes that it has never been proven that voting machines can be hacked from afar, and a recount of paper ballots wouldn’t show any evidence of such hacking anyway.

None of this has stopped the donations coming in. Voting rights attorney John Bonifaz, who is helping drive the recount campaign, says the American people “deserve public confidence in the integrity of our process.”


This is the primary reason I support this effort (but to be clear, won't be donating to it).

Bonifaz says he approached Clinton first about recounts, but with no decision made, he approached Stein instead. The only comment from President-elect Donald Trump’s team has been a tweet from spokeswoman Kellyanne Conway, saying, “look who can’t accept the election results,” referring to Clinton supporters.


I am a big fan of Stein's, have been since at least 2012, and think this fundraising effort has been a stunningly successful example of demonstrating the integrity she has regarding our elections and politics.  (As an aside to my very cynical friend Gadfly, I didn't criticize the diversity of her investments because as a financial planner, I understand more clearly than most that it's damned near impossible to put your money where your activism is and have a satisfactory ROI.  That may be different one day soon -- such as with the advancement of solar and wind -- but it's barely changed over the past fifteen years of my career.  If you want to be able to retire before you're 70 and not have to eat Fancy Feast a few times a week, then you need to go where the money already is.  YMMV, but IMO rising healthcare expenses combined with historically low interest rates all but compels retirement planning with one goal: maximizing returns.)

What this effort is truly about is re-establishing confidence in the system.

[What the report by Gabriel Sherman in New York magazine showed was that this] ... is exactly the sort of result we would expect to see if there had been some sort of voting machine hack. There are many different types of voting machines, and attacks against one type would not work against the others. So a voting anomaly correlated to machine type could be a red flag, although Trump did better across the entire Midwest than pre-election polls expected, and there are also some correlations between voting machine type and the demographics of the various precincts. Even (Bonifax collaborator J. Alex) Halderman wrote early Wednesday morning that “the most likely explanation is that the polls were systematically wrong, rather than that the election was hacked.”

What the allegations, and the ripples they’re causing on social media, really show is how fundamentally untrustworthy our hodgepodge election system is.

Accountability is a major problem for U.S. elections. The candidates are the ones required to petition for recounts, and we throw the matter into the courts when we can’t figure it out. This all happens after an election, and because the battle lines have already been drawn, the process is intensely political. Unlike many other countries, we don’t have an independent body empowered to investigate these matters. There is no government agency empowered to verify these researchers’ claims, even if it would be merely to reassure voters that the election count was accurate.

Instead, we have a patchwork of voting systems: different rules, different machines, different standards. I’ve seen arguments that there is security in this setup — an attacker can’t broadly attack the entire country — but the downsides of this system are much more critical. National standards would significantly improve our voting process.


The federal government is going to have to pass a HAVA 2.016 version, and provide funding that secures our elections -- and rebuild the electorate's trust in them -- and it shouldn't be expensive if we move away from voting machines and toward paper ballots.

Although winning those three states would flip the election, I predict Clinton will do nothing (her campaign, after all, has reportedly been aware of the researchers’ work for nearly a week). Not because she does not believe the researchers — although she might not — but because she doesn’t want to throw the post-election process into turmoil by starting a highly politicized process whose eventual outcome will have little to do with computer forensics and a lot to do with which party has more power in the three states.

But we only have two years until the next national elections, and it’s time to start fixing things if we don’t want to be wondering the same things about hackers in 2018. The risks are real: Electronic voting machines that don’t use a paper ballot are vulnerable to hacking.

Clinton supporters are seizing on this story as their last lifeline of hope. I sympathize with them. When I wrote about vote-hacking the day after the election, I said: “Elections serve two purposes. First, and most obvious, they are how we choose a winner. But second, and equally important, they convince the loser — and all the supporters — that he or she lost.” If the election system fails to do the second, we risk undermining the legitimacy of our democratic process. Clinton’s supporters deserve to know whether this apparent statistical anomaly is the result of a hack against our election system or a spurious correlation. They deserve an election that is demonstrably fair and accurate. Our patchwork, ad hoc system means they may never feel confident in the outcome. And that will further erode the trust we have in our election systems.


If Clinton supporters -- who seem to be having a fresh, positive moment about Jill Stein -- are apparently the folks primarily funding the recount, then I applaud that.  The Republicans and Trump supporters should forthrightly do the same, since it was their man who questioned the integrity of the election to begin with, and they continue to do so in the North Carolina governor's race.


So Jill Stein's raised the money for the recounts; let's see how events proceed from here before we cast aspersions about her perceived motivations.
Posted by PDiddie at Friday, November 25, 2016

Call me cynical again, but per my post yesterday on this, people should know a few things:
1. Five Thirty Eight and others note that the alleged anomalies actually aren't;
2. The Michigan State prof Alex Halderman who started all of this "Neglected" to tell people that ALL Michigan ballots are either on paper already or optical scan with a paper trail;
3. That Halderman himself is, in my guessing, a dyed-in-the-wool Clintonista;
4. And, that without Michigan's EVs, to riff further on point 3, Wisconsin and Pennsylvania won't put Clinton over 270.

And that's not mentioning the issues of this will go nowhere further than David Cobb's recount of Ohio in 2004, and why is Stein supporting lesser evilism when this, by itself, won't change the other 47 states on paper trails, likely won't change Wisconsin and Pennsylvania, and per the above, doesn't matter in Michigan?