Mad props to David Swanson at Washington's Blog for this.

1. Stop the efforts to ram through the Trans-Pacific Partnership during the lame duck.
2. Stop the efforts to ram through a supplemental war spending bill for assorted future wars during the lame duck.
3. Stop the efforts to repeal the right to sue Saudi Arabia and other nations for their wars and lesser acts of terrorism during the lame duck.
4. Build a nonpartisan movement to effect real change.
5. Ban bribery, fund elections, make registration automatic, make election day a holiday, end gerrymandering, eliminate the electoral college, create the right to vote, create public hand counting of paper ballots at every polling place, create ranked choice voting.
6. End the wars, end the weapons dealing, close the bases, and shift military spending to human and environmental needs.
7. Tax billionaires.
8. End mass incarceration and the death penalty and the militarization of police.
9. Create single-payer healthcare.
10. Support the rule of law, diplomacy, and aid.
11. Invest in serious effort to avoid climate catastrophe.
12. Apologize to the world for having elected President Clinton or Trump.


That's a heavy lift.  I might settle low, for Hillbots being able to stop Her from starting a war with Iran, or Russia, or North Korea or China.  Maybe they could convince Her to hold it to seven, the number of countries Nobel Peace Prize winner Obama has bombed.  Since people like me apparently don't have the "moral currency" to demand any change from Her. 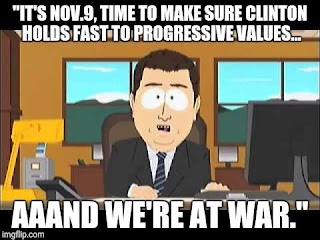 Once again, your progressive independent voting card for 2016.  It contains mostly Greens at the top of the Harris County ballot for statewide and regional offices and Democrats at the county and state legislative level.  It contains no Republicans or Libertarians.  Many Democrats and independent progressives chose to vote for a Libertarian for the Texas Railroad Commission, but Gadfly shot that guy down in flames.


If Jill Stein had been able to win:

1. Support the independent media that made this possible.
2. Support all the wonderful nominees for higher office.
3. Help people in other countries turn their disastrous political systems around too.
4. Volunteer for public service. 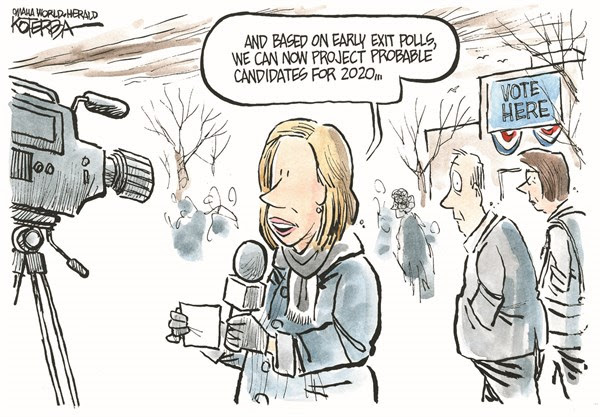