D for Drumpf Day, D for Debate Night in Detroit 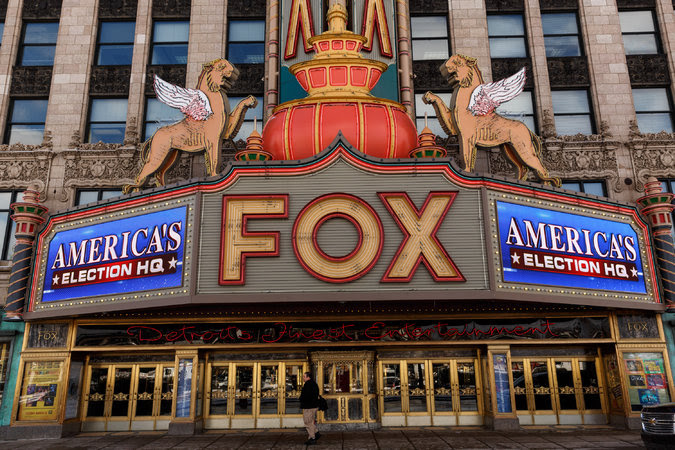 Thanks to John Oliver for the original German.  And mad props to Dr. Ben Carson, who finally woke up and smelled the coffee.  It must have been something that God Ted Cruz put on his heart.

The Republican presidential candidates come to Detroit to debate Thursday night at the Fox Theatre with businessman Donald Trump maintaining a 10-point lead on his closest competitors in Michigan's March 8 primary in a new poll commissioned by the Free Press and other media outlets.

The debate will turn the political spotlight squarely on Michigan, which with its 59 delegates to award, is the biggest prize among states voting March 8. Others include Hawaii, Idaho and Mississippi. Four other states, Kansas, Kentucky, Louisiana and Maine, have nominating contests in the meantime, on Saturday.


I wonder if the topic of the water in Flint will come up.

In many ways, Detroit represents the state's biggest comeback while Flint reflects its largest setback.

Expect GOP candidates to credit Republican Gov. Rick Snyder with Detroit's successes while the Democrats will continue to criticize him for his handling of the Flint water crisis.

"I think Detroit exemplifies the best of what our state has to offer at every level," said Michigan Republican Party Chairwoman Ronna Romney McDaniel.


Most of the carping I've seen from conservatives about Detroit has been about how horrible it is and how Democrats were to blame for it, so this is a refreshing change of pace at the very least.  It is also disaster capitalism at its very finest.  Leave it to the spin doctors to demonstrate the contrast.

Karl Rove, senior adviser and deputy chief of staff to former President George W. Bush, said that while Detroit may not be a huge part of the GOP debate, it showcases Republican success.

"I'm not sure it will be a major point, but I think it could be a point," Rove said. "There will also be probably the opportunity to point out that it's also a sign of a Democratic failure that was rescued by Republicans, because Detroit has had a Democrat mayor and a Democrat council and a Democrat city government for literally decades."

Messina said it wouldn't work for Republicans to claim Detroit as a victory. They opposed things like the auto bailout and the Affordable Care Act — actions from President Barack Obama that helped the city. In other words, they have a deeper problem.

"They opposed everything that worked in Detroit," Messina said.


Much more at that link about Michigan, Detroit, and Flint, where the Dems will debate Sunday.  Fox is moderating tonight's affair; you remember what happened the last time.

In the first Fox News debate, he seethed at her. Before the second debate began, he walked.

But on Thursday night, Donald J. Trump and Megyn Kelly will be back on stage together for the 11th Republican presidential debate, and Fox’s third of the primary season.

As the front-runner for the nomination and coming off a string of Super Tuesday wins, Mr. Trump will be at center stage, fending off attacks from his remaining rivals and questions from what could be fairly described as his least favorite moderating team.


Don't expect anybody to be on their best behavior (as usual).
Posted by PDiddie at Thursday, March 03, 2016