Berning down the house

Dallas and Houston both fell into a Berning ring of fire yesterday.

(Sanders) implored his supporters to ask their Republican friends, families and co-workers if it makes sense to grant huge tax breaks for the rich while cutting spending on health care programs and federal student aid.

"Our job is to reach out to our Republican brothers and sisters, working-class people and middle class people, and get their heads right," Sanders said to a boisterous crowd of 5,200 people at UH's Hofheinz Pavilion.

"Today this is a conservative Republican state, but that doesn't mean it will be tomorrow."

Sanders brought his progressive message to Texas and rallied supporters by attacking Wall Street greed and income inequality. "Politics should be about improving the lives of our people," he said.

The Vermont senator's biggest applause of the night came when he vowed to help make college tuition free.

"Taxpayers bailed out Wall Street when they needed it, now it's Wall Street's turn to help out the middle class." 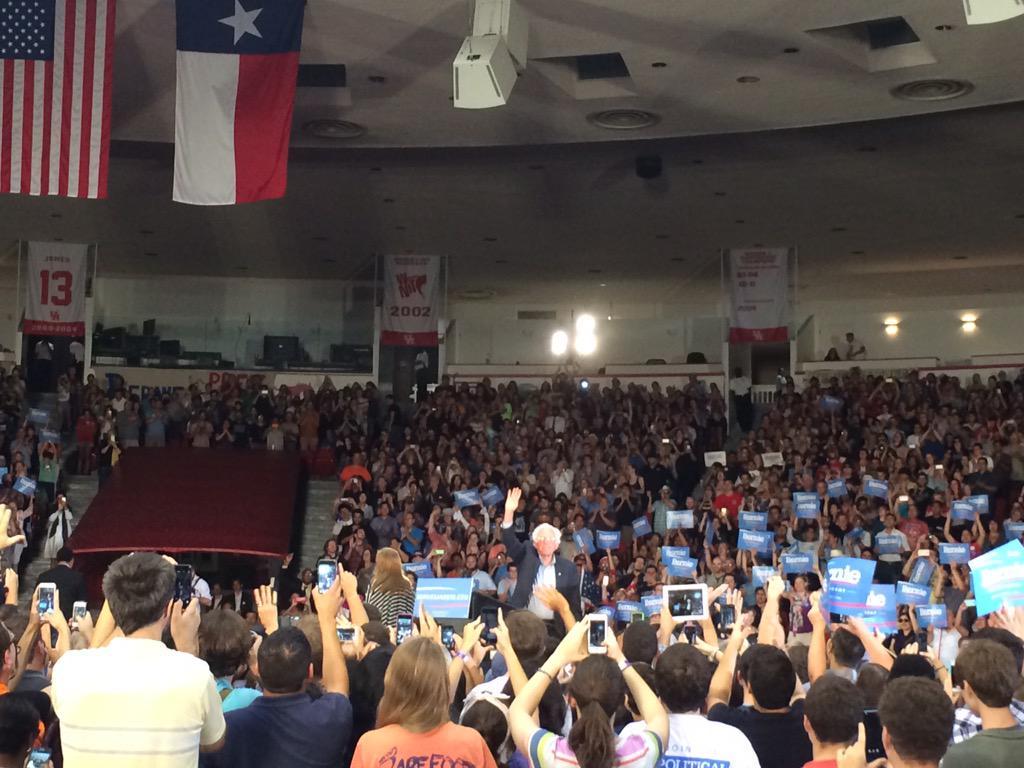 "One of the problems that exists in American politics today, in my view, is that the Democratic Party has conceded half of the states in the country at the national level, and that's wrong," Sanders, a Vermont Independent running as a Democrat, said during a rally at a downtown Dallas hotel.

Several hours later at a similar event in Houston, he sharpened his advice for Democrats, saying the "simple truth is that you cannot be a national political party which claims to represent working families and low-income people and turn your back on some of the poorest states in America."

"If we are serious about change in America, we can't just do it in blue states," he declared earlier in Dallas, emphasizing the need for a "50-state strategy" that leaves no voter in the dark.

A live-blog from a Daily Kossack who was in attendance. 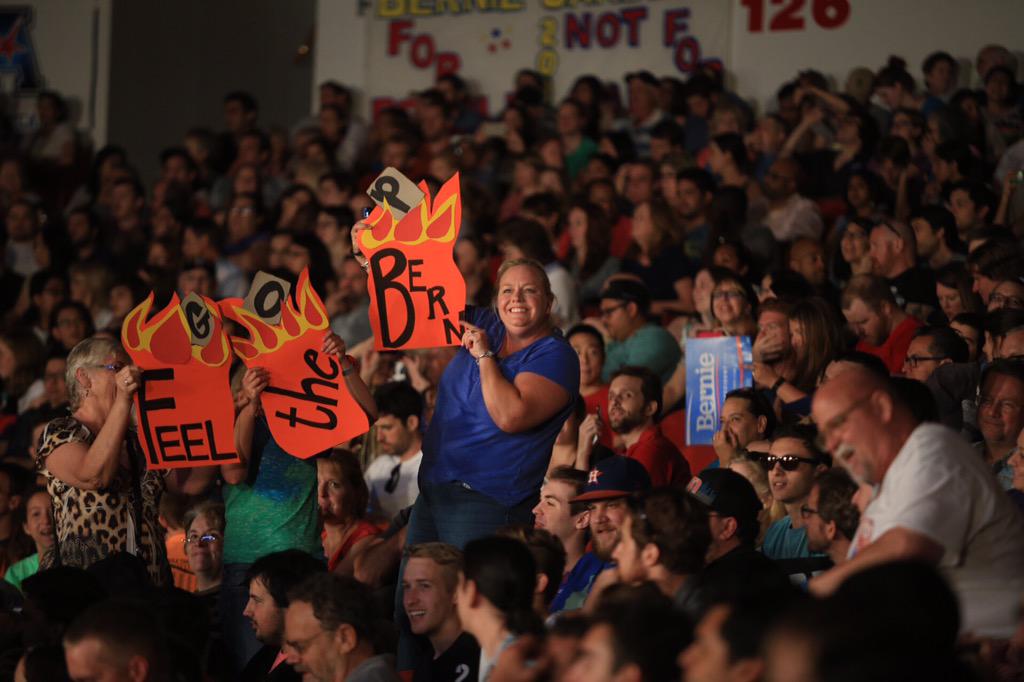 On the Black Lives Matter issue, Sanders did explicitly mention police brutality at his Dallas stop. Another talking point against the Clintonistas who claim that he's not sympatico enough to minorities.

(Or that he's a "regional" candidate, like the guy on Salon over the weekend touting AlGore, whom I am ripping apart on my blog this afternoon.)

I read those two Salon pieces myself, and had to wash out my eyes with bleach right after.

The subhead on the second one is "Maybe he wouldn't win, but..."

It's remarkable to me how ludicrous this political season has gotten so early in the cycle. And not so much from the candidates like Trump, Cruz, Walker, et.al. but from the risible comments and actions of panicky Clinton supporters and the #BlackLivesMatters disruptors at Netroots Nation. And now this "Draft Gore" business.

I would agree that now would be a terrific time for Joe Biden to enter the race. Because, for fuck's sake, Democrats need somebody who only makes Republicans angry.