Dallas and Houston on Sunday, July 19. 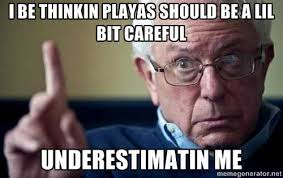 -- The Big D details (Sunday afternoon at 1 p.m. at the downtown Sheraton ballroom)

(Reports here from the scene.)

And there are seventeen additional organizing meetings scheduled in a 100-mile radius around Houston -- including Beaumont, Katy, The Woodlands, Conroe, and even Edna (!) -- during the month of July.

Update: Sanders and Martin O'Malley will share the stage at Netroots Nation on Saturday morning, at the presidential town hall forum there.  Hillary Clinton, you may recall, had a scheduling conflict.

Texans get to #FeelTheBern first-hand.  I'm going to go see what the fuss is all about... as if I didn't know already. 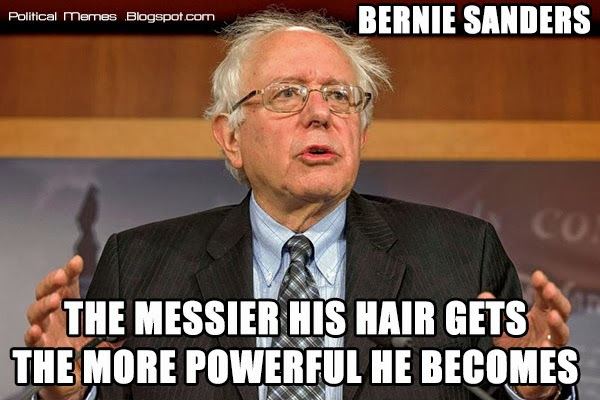 Update: More from Culturemap, and from HuffPo.

"The other thing I want to do is to take these debates into the so-called red areas of the country," Sanders told The Nation's John Nichols. "I think it is insane that the Democrats do not have a 50-state strategy [along the lines championed by Howard Dean]. How is it that, if you are the party of working people, supposedly, you abdicate your responsibility in some of the poorest states of America? Where are you in Mississippi? Where are you in South Carolina? Where are you in Alabama? Where are you in other low-income states? If you don’t get started now, you will never advance. So I intend in this campaign to go to states that many Democratic candidates don’t usually visit."

I'm going to try to be there!

I agree with his ideas. A lot of teabaggers are angry about the same bankster issues true liberals are. Of course, their solutions are different — let them rot from the start, rather than better regulation from the start, and nationalizing them when they fail. And, they're angry about other shite.

But, Bernie can give it a shot, and see if he can flail any votes from that pecan tree.

I just got an email saying they had to move Bernie to Hofheinz for space reasons.