$20 billion for her Iraq vote

“I’m sitting there in the Oval Office, and Bush says to me, ‘What do you need?’ And I said, ‘I need $20 billion to rebuild, you know, New York,’ and he said, ‘You got it.’ And he was good to his word,” Clinton said in response to Matthews’ question on why Bernie Sanders was right on the Iraq War vote and Clinton was wrong.

“Literally, that same day, I get back to the Capitol, and the Republicans are trying to take that money away. We kept calling the White House, Bush kept saying, ‘I gave them my word, I’m going to stick with it.’..."


About the four-minute mark in the video embedded here.

I suppose we should take her word for it.  I mean, she's probably not lying about this.  This is how a "progressive who gets things done" operates, after all. 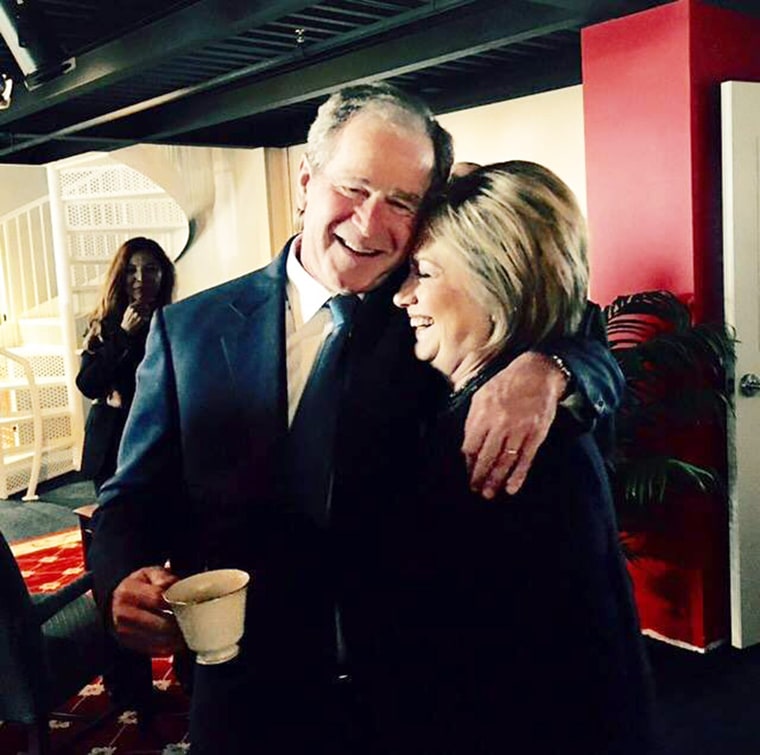 She is either clueless about the things she says and does, or she just doesn't care what anybody thinks about it.  We already had one president like that, and he's in the photograph above.

Update: I'll let the Republicans handle this one (the other gaffe from last night):

In comments that are sure to draw the ire of her Republican critics, Hillary Clinton sought to contrast the war in Iraq with the intervention in Libya during her stint as secretary of state.

“I’ve said Iraq was a mistake,” Clinton told Chris Matthews during an MSNBC town hall event on Monday night. “Libya was a different kind of calculation. And we didn’t lose a single person. We didn’t have a problem in supporting our European and Arab allies in working with NATO.”

As Politico noted, Clinton was probably referring to the U.S.-backed overthrow of Libyan dictator Moammar Gadhafi in 2011 and not the Sept. 11, 2012, attacks in Benghazi, where four Americans, including U.S. Ambassador J. Christopher Stevens, were killed.