Brown said in a statement that he was confident other candidates would adopt his political mantra — "the dignity of work" — and that he would continue working against President Donald Trump in the Senate instead of joining the crowded Democratic primary field.

"We’ve seen candidates begin taking up the dignity of work fight, and we have seen voters across the country demanding it — because dignity of work is a value that unites all of us," Brown said in the statement. "It is how we beat Trump, and it is how we should govern."


-- Yeah, why did three centrists and one progressive jump out of the hot tub?

Such is the state of Democratic fervor to challenge President Trump that the party now has a subset of politicians: the almost-rans.

Bloomberg said he felt his time and personal fortune would be better used promoting immigration reform, gun control and climate change. Holder wants to continue focusing on ending gerrymandering. Mrs. Clinton, who never seriously pursued a third primary bid, said she would keep “standing up for what I believe.” And Merkley will seek a third term in the Senate in 2020, after the (Oregon) state legislature rejected his request to allow him to run for both positions simultaneously.


For those first three, I believe it's something more obvious (though for the first two, their issues re-orientation is laudable).  Tina Nguyen at Vanity Fair:

On Wednesday, Politico reported that (Joe Biden) has hired Cristóbal Alex, a high-placed alum from Hillary Clinton’s 2016 campaign and the current president of the Latino Victory Fund. Meanwhile, according to Fox Business Network’s Charlie Gasparino, Biden has notified his network of Wall Street supporters that an announcement is “all but certain” in the next month. That mirrors what my colleague William D. Cohan reported last week: with Bloomberg out of the way, Wall Street executives close to Biden say, the centrist-friendly lane is wide open. And who better scratches the establishment's sweet spot between Full Socialism and Donald Trump? 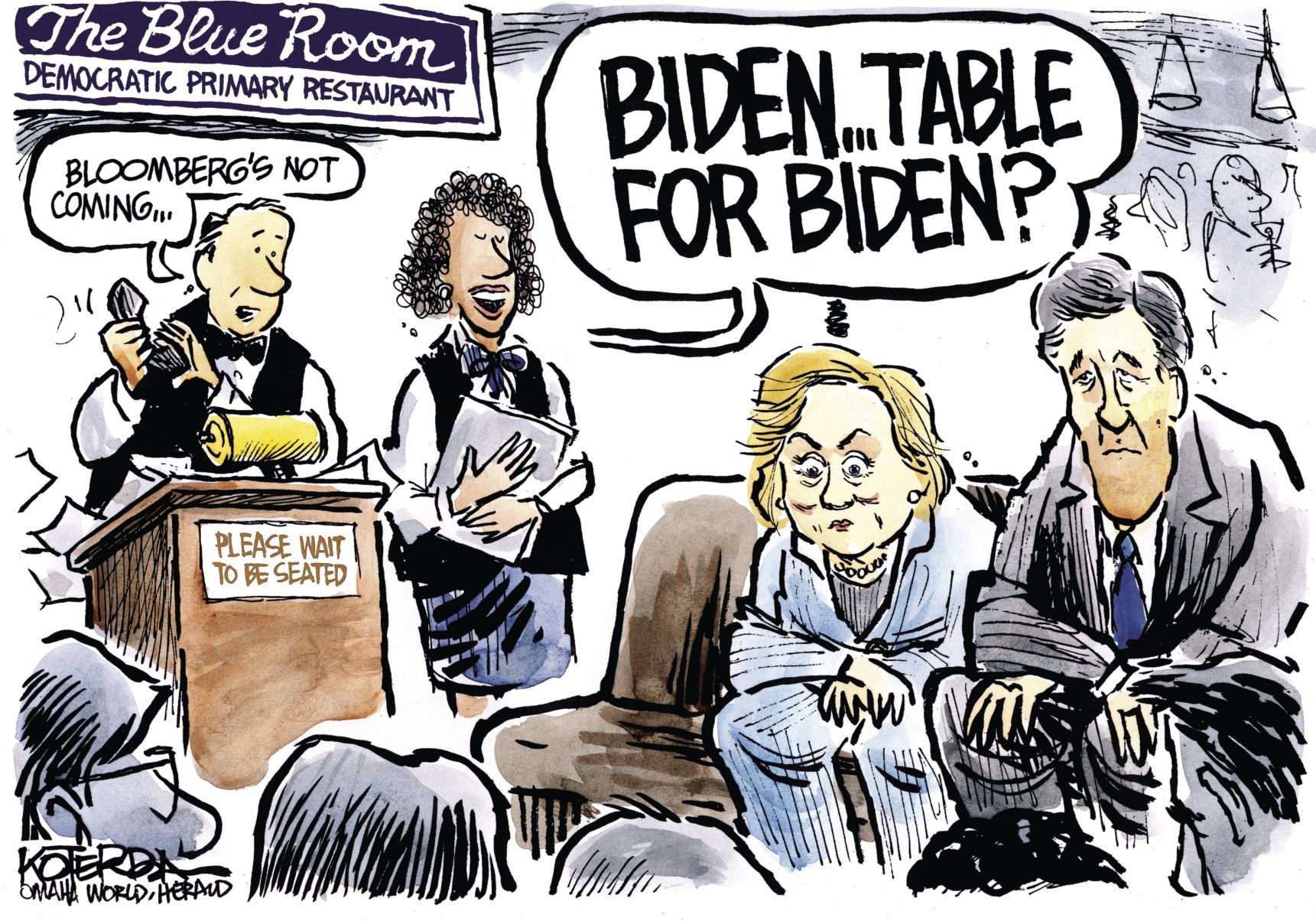 Yes, there it is.

-- Meanwhile, Howard Schultz brews up a steaming pot of spoiler.  Maybe a different flavor than you were expecting, however.

Former Starbucks CEO Howard Schultz has recruited at least three veteran House Republican staffers and consultants to join his presidential campaign-in-waiting, bringing on seasoned and well-connected GOP operatives who know their way around the very political apparatus helping to reelect President Trump in 2020.

The hires are reflective of Schultz’s efforts to cast himself as a political centrist who doesn’t neatly fit into the rank-and-file of either major party. They also signal that Schultz, a lifelong Democrat, is likely to make a play for Republican voters should he mount a campaign for the White House.


So perhaps Democrats have less to worry about than they think ... ?  What follows is the best argument one could possibly make to a skeptical etablishmentarian to get the big money out of our political system.

Sources said Schultz, a billionaire, is throwing big money at experienced, professional Democratic and Republican operatives alike — annual salaries perhaps in the range of hundreds of thousands of dollars.

“I would insist on $500,000 a year, plus moving expenses,” said a former veteran GOP presidential campaign staffer who has been closely watching the Schultz campaign take shape. “It’s a tremendous financial opportunity. Senior jobs in a presidential campaign don’t grow on trees, and if you are not enthused about working for Trump, it’s alluring. I don’t begrudge these people at all.”

Last cycle, DelToro and LoParco worked out of the same Republican National Committee headquarters, which Trump has now merged with his 2020 reelection campaign. The merged venture is known as Trump Victory.


I got nothing to add.  Let's see what the rest of the field did last week, courtesy as always 538.com.

“I’m running for president because we need dreamers in Washington, but we also need to get things done,” Hickenlooper said in the video. “I’ve proven again and again I can bring people together to produce the progressive change Washington has failed to deliver.”

In an interview on “Good Morning America” Monday, Hickenlooper touted his work with a divided legislature in Colorado to pass progressive policies, including environmental and gun control regulations.

On Thursday, Hickenlooper held a kick-off event in Denver, and on Friday and Saturday he’ll visit Iowa, according to his campaign, before being interviewed at the South by Southwest festival in Austin, Texas on Sunday.


That last link is the TexTrib's streamer.  Here's their lineup for the weekend.


JUST IN: CNN will host a town hall at @sxsw in Austin on March 10. It will be moderated by CNN's Jake Tapper and Dana Bash, and will feature three Democratic candidates for president. https://t.co/xDH2JgJn4r pic.twitter.com/Yfz3EOf1wi
— CNN (@CNN) February 28, 2019

The Washington Post reported Wednesday on a scandal that engulfed Harris’ San Francisco district attorney’s office involving a crime lab technician who allegedly mishandled evidence, leading to the dismissal of nearly 1,000 drug-related cases. The California senator took responsibility for her office’s handling of the situation, but at the time was criticized for mismanagement and failing to disclose the wrongdoing.

This weekend, Harris will travel to South Carolina for several meet-and-greet events across the state and the Charleston Black Expo Economic Empowerment Summit in Charleston Saturday.


-- Liz Warren is having a good week.

In a statement Wednesday, Warren weighed in on the controversy engulfing Rep. Ilhan Omar, taking issue with the way Omar’s critiques have been labeled.

“Branding criticism of Israel as automatically anti-Semitic has a chilling effect on our public discourse and makes it harder to achieve a peaceful solution between Israelis and Palestinians,” the Massachusetts senator said.


Much more about the many vying for attention here.
Posted by PDiddie at Friday, March 08, 2019