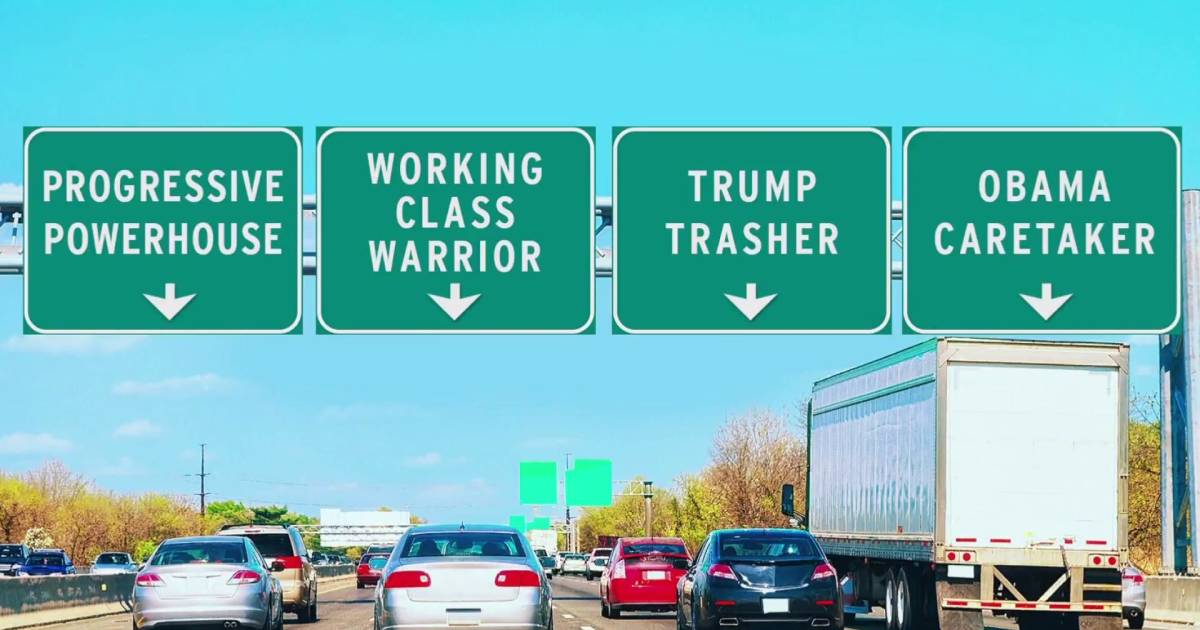 This past Monday's ... err, Tuesday's Wrangle covered Beto's debut, and you perhaps have consumed enough of that for the moment.  Elizabeth Warren had a CNN town hall on Monday night (home run); John Hickenlooper got one Wednesday evening (foul out).  Oh, and Cory Booker's got a hot girlfriend ...

With everyone still waiting on former Vice President Joe Biden to decide if he’s running (and the added speculation that he might pick Stacey Abrams as his running mate), the field did see one more official entry this week. New York Sen. Kirsten Gillibrand transitioned her exploratory committee to a full-fledged campaign on Sunday and officially joined the groundswell of candidates in the 2020 Democratic field.

We need to pass universal background checks, ban assault rifles, and stop gun trafficking. We need to close gun sale loopholes to make sure guns can’t get into the hands of dangerous criminals, terrorists, or domestic abusers. And we can't let the NRA's greed stop us. pic.twitter.com/NKL2AFoxTf
— Kirsten Gillibrand (@SenGillibrand) March 21, 2019


But Gillibrand is struggling to gain traction in a field that has already seen record fundraising hauls and a collection of bold policy proposals -- a reminder that it’s increasingly difficult for many of the candidates running to stand out.

Good to be back in Iowa. Do you like my new workout shirt? pic.twitter.com/0YVX0zZCvj
— Kirsten Gillibrand (@SenGillibrand) March 20, 2019


My prediction is that the junior senator from NY will be among the first to exit the field.

After meeting privately with former Vice President Joe Biden last week, the former Georgia gubernatorial candidate signaled that she is willing to meet with any of the Democratic hopefuls in the 2020 presidential contest, but she said she has a couple of ground rules. “My two requirements,” Abrams said Tuesday at Vanderbilt University in Nashville, according to The Associated Press. “One, you have to tell me what you’re going to do about voter suppression. And two, you have to believe Georgia is a swing state.”

Abrams, who is considering a presidential bid of her own, is -- for now-- returning to her roots as an organizer and promoting the nonprofit group she founded to advance voting rights, Fair Fight Action.

On Thursday, Abrams’s spokesperson Lauren Groh-Wargo addressed rumors that close advisers to Biden are pitching a pre-packaged ticket with her as his vice president. “Abrams continues to keep all options on the table for 2020 and beyond,” Groh-Wargo said in a statement to ABC News. “She has met with over half a dozen presidential contenders to discuss their commitment to voting rights and to investing in Georgia.”


Like Beto before her, I suspect that Ms. Abrams is just enjoying her extended time in the limelight.  She should run for the Senate against incumbent Republican David Perdue, who won a closer-than-it-should-have-been 2014 race against the daughter of Sam Nunn.  But she can be almost anyone's vice-presidential running mate as well ... except for Kamala Harris, or Booker, or Gillibrand, or Pete Bootyjudge, or Warren.  It's a shame that this is the only thing John Hickenlooper got right, because it's just one of the many things that's wrong with this country.


Asked by Dana Bash if he would vow to put a woman on his presidential ticket, John Hickenlooper replied, “Of course,” and then said, “How come we’re not asking, more often, the women, ‘Would you be willing to put a man on the ticket?’” #CNNTownHall pic.twitter.com/AC7hWtyZ7D
— CNN (@CNN) March 21, 2019


It seems to me that the reason nobody is asking that is because a ticket with two women doesn't stand a chance of getting elected, but maybe I'm wrong.  This country, generally speaking, is heavily biased against women; maybe you've noticed?

For a brief moment Saturday, it appeared as though the former vice president had inadvertently revealed that he had decided to run for president: At a Delaware Democratic Party fundraiser, he said that he had “the most progressive record of anybody running.”

The audience launched into applause, but Biden quickly corrected himself, explaining that he meant “of anybody who would run.” Even so, those close to Biden, including Democratic Sen. Chris Coons of Delaware, continue to report that Biden is telling them he is all-but-certain to enter the race.

CNN reported on Monday that Biden discussed with advisers the possibility of choosing a running mate early in the primary to “keep the focus of the primary fight on the ultimate goal of unseating Trump.” That running mate might be Stacey Abrams, according to Axios.


It'll be a gaffe a minute when Uncle Joe finally drops the pretense.

The New Jersey senator this week contended with a barrage of questions about his love life. After actress Rosario Dawson confirmed to TMZ that she and Booker are dating, the former Newark mayor told Ellen DeGeneres on her show on Wednesday that Dawson “is just a deeply soulful person and has taught me a lot of lessons about love already.”

Despite the focus on his personal life, Booker managed to resurface an issue that had fallen out of the news a bit when he indicated he was willing to consider eliminating the filibuster.

“I’m going to tell you that for me that door is not closed,” he said on “Pod Save America” on Wednesday.

Over the weekend, Buttigieg, who is the mayor of South Bend, Indiana, qualified for the first Democratic debate — hitting the 65,000-donor threshold.

In an appearance on MSNBC, Buttigieg made his case for why a mayor of a city of 100,000 people should be president. Buttigieg said becoming president is “a tremendous leap for anybody,” adding that he thinks “this is an executive position that requires executive experience.”

“One of these [questions] I asked John Hickenlooper 12 times, hopefully I can ask you 1 time...” - @JoeNBC


Mayor Pete is enjoying some resurgence among online activists, from what I can tell.  He's not quite first-tier yet, but he's got a nice groundswell.  His voice in the debates is welcomed.

Harris edged up the candidate leaderboard this week; in a new CNN poll, she climbed into third place, with 12 percent support among Democrats and Democratic-leaning independents. This was a significant increase for the California senator, whose support was 4 percent in December. Biden and Bernie Sanders captured first and second place, respectively.

Harris also joined ABC’s “Jimmy Kimmel Live” this week and said she believes that voters want a nominee who holds the ability to “prosecute the case” against President Trump.

The Associated Press reported that two of Hollywood’s elite, Shonda Rhimes and J.J. Abrams, were hosting a fundraiser for Harris, with tickets costing $2,800 per guest. Harris visits Texas this weekend for a campaign rally in Houston and an event hosted by Tarrant County Democrats in Grapevine before heading to Atlanta.


HOUSTON: I am coming to rally with you this Saturday at Texas Southern University. Can't wait to be on campus at one of America's largest HBCUs. Say you'll be there→https://t.co/igWo3IldGf
— Kamala Harris (@KamalaHarris) March 19, 2019

Sanders committed this week to offsetting emissions from his travel and events by partnering with a carbon offsets provider that will support renewable energy and carbon reduction projects.

This effort follows the Vermont senator’s announcement that his workers will be the first presidential campaign staff to unionize.

Warren, known for her pace-setting policy proposals, started a swing through the South in Memphis, Tennessee, before heading to Jackson, Mississippi, for a CNN town hall on Monday and unveiled her support for a bold proposal.

“My view is that every vote matters,” she said. “And that means getting rid of the Electoral College,” she went on, to applause from the audience.


Sen. Elizabeth Warren: "Washington is working great, it's working fabulously — for giant drug companies. It's just not working for people who are trying to get a subscription filled" #WarrenTownHall https://t.co/EIeUSD7rdE pic.twitter.com/qu4zPngJ8L
— CNN Politics (@CNNPolitics) March 19, 2019


The Massachusetts senator then headed to Alabama for two stops in Selma and Birmingham this week. She returns to New Hampshire this weekend for a conversation on the opioid crisis in Littleton and a pair of meet-and-greets in Berlin and Conway.


Warren is really on her game right now.