Beto and Castro can run for both president and Senate *Update

It's the good old LBJ law.  *See news about Joaquin's imminent announcement and a Senate poll at the end of this post. 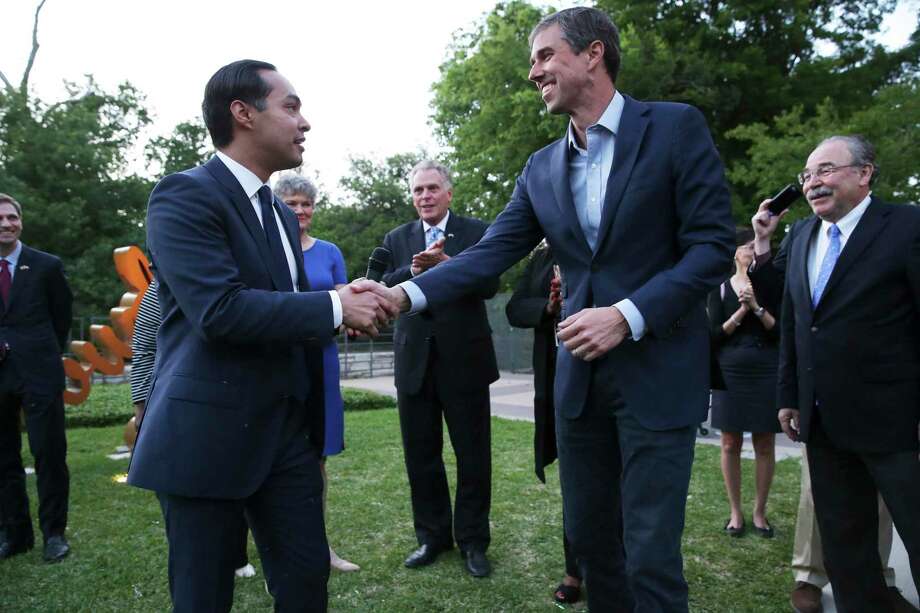 In his daily posts about something related to Beto, or the Senate race against Crony-n, "Shelley" Kuffner is yet to show any indication he gets this.

He has managed to conspicuously ignore the woman who's been in the 2020 Senate race for months, who got 24% against Bobo last year in the primary, and he's still pissing in one hand wishing for MJ Hegar/Wendy Davis/some other POS retread establishment conservaDem.  The more wars for oil, the better for his retirement plan.  Everybody votes their self-interest, after all.

It's still odd that his pining for Beto and/or Julián overlooks the historical and legal quirk that Lloyd Bentsen last took advantage of in 1988.  Ross Ramsey cleared this up weeks ago.

The law that allows Texans to run for two national offices at the same time is known as the LBJ law because it was passed to allow Johnson to run for both the vice presidency and for re-election in 1960. In his case, and later in Bentsen’s, it meant an incumbent didn’t have to risk the seat he already had for a higher one he wanted. Johnson, as it turned out, didn’t need the protection; Bentsen did.


I've been saying for weeks that I did not think RFO'R would take on Corndog, and I still don't.  He's a top five presidential challenger upon entry yesterday, with plenty of media calf cramping, and he has 8 months to decide whether to file for another run at the upper chamber of Congress.  Castro is a different story; he's getting no traction, even after gouging Bernie Sanders on reparations at SXSW this past week.  Julián's White House bid is on life support and brother Joaquin would be an idiot to give up his seat in the House.

[B]oth O’Rourke and Castro would be eligible to be on the Texas ticket for Senate and for president or vice president, if they so desired. Texas law prevents candidates from filing for more than one office, except for that LBJ exemption. And the exemption in the Texas Election Code is broader than history might indicate: “This section does not apply to candidacy for the office of president or vice-president of the United States and another office.”


Yes, either dude is more likely, IMHO at this very early stage, to wind up as someone's #2 than the presidential nominee.  They would balance a ticket nicely with Kamala Harris, or Liz Warren, or Amy Klobuchar.  Maybe even Cory Booker.  And fantasize about the possibilities, Donkeys, with both Beto and Castro -- or vice versa, pun intended -- at the top of the '20 Lone Star ballot.  Even George Will knows that the GOP is roadkill if Texas turns blue.

So while my vote still goes to Bernie Sanders and Sema Hernandez as Democratic federal standard-bearers, I get that there are some jackasses that wouldn't be happy with those choices.  Maybe too many.  We'll see how things go in about a year.

But this is a spitballing post, and you decide what sticks or doesn't.  I think the most interesting question could be: what if Beto and Julián both run for president and Senate?  Who might you vote for in that case?  (I'd still be voting for Bernie and Sema.)  And what if there was a Senate runoff between O'Rourke and Castro next April, after the March 3rd, 2020, "Super Duper Tuesday" presidential primary results were known?

Update: Within just a few hours of this post, the Texas Tribune reported that Joaquin is all but in against Cornyn.  He gives up important committee chairs and seniority to do, which I deem to be stupid, but it is accurate that some other San Antonio Democrat will announce for his House seat the instant he officially declares for the Senate.  Castro is pegged as the frontrunner for the nomination in a PPP poll just released. 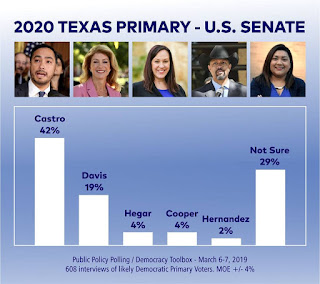