Cruz got a poor review from Justin Miller at the Texas Observer for his frothing, off-topic attacks on Hillary Clinton, George Soros, and "soshulists", apparently in his reality surrogates for O'Rourke.

Undeterred by recent polls showing the race in a dead heat, Cruz used the debate to double down on his core campaign strategy: igniting a fire underneath his conservative base, confident that their numbers are enough to win if they turn out in force. In his attempts to present O’Rourke through a kaleidoscope lens of Fox News fears, Cruz twisted and prodded with bad-faith attacks — coming across as a snide, oily weasel to the people who already hate him while pushing all the right buttons for the people he was really talking to.

O’Rourke often found himself on his heels, trying to parry Cruz’s slippery accusations — at one point, when Cruz accused him of not supporting the Second Amendment, O’Rourke stared him down from across the stage: “That’s not true. Of course I support the Second Amendment.”


Kevin Diaz at the Houston Chronicle used the already worn-out "knife fight" analogy and suggested Cruz won the debate.  He quoted two political science professors, one who fell back on prizefighting metaphors ...

"If this were a boxing match, Cruz would get the judges' decision but would exit the ring having taken some serious blows," said Brandon Rottinghaus, a University of Houston political scientist.

O'Rourke, by comparison, seemed less fluid and aggressive. "O'Rourke showed he can stick and move but needs to get a knockout in the town hall debate coming up (in Houston September 30) ..."


... and one who offered a better question to ponder.

"It's helpful to have two articulate candidates from opposite parties engage so spiritedly and defiantly in presenting their versions of Texas," said Sean Theriault, a political scientist at the University of Texas in Austin. "Is it the Texas that elects people like (Christian conservative Lt. Gov.) Dan Patrick by big margins, or has the future long promised by demographers finally arrived?"


Diaz teamed up with the Chron's Jeremy Wallace to describe the two men's effort as respective appeals to motivating their voters to turn out. RG Ratcliffe at Texas Monthly did not pick a winner, but thought O'Rourke's neck veins were a little stressed.  (I think he's just not as puffy as Cruz.)

The week would not be complete without Cruz mischaracterizing O'Rourke's statement about the "New Jim Crow", and hilariously having another Tweet backfire on him.


So let me ask you something @tedcruz — is it “Texas” to deliberately misquote your opponent by accusing him of calling police racist when he’s actually referring to the title of a best-selling book by Michelle Alexander? https://t.co/8jpic5D1Ag https://t.co/89wHVZtAuh
— Andrew Feinberg (@AndrewFeinberg) September 22, 2018


Last, Socratic Gadfly wonders why Texans holding a DSA rose are lining up behind Beto.

PDiddie at Brains and Eggs lists the Texas Democrats he'll be voting for in November, as well as the ones he won't.  And in the wake of SD-19's GOP upset by retired game warden Pete Flores of longtime pol Pete Gallego, PDiddie offered some advice to Texas Democrats on how to save their blue wave.  Stephen Young at the Dallas Observer quoted Dan Patrick as saying 'the tide is out'.

Additional post-mortems of last Tuesday's SD-19 special election -- complete with eulogies of the Texas Democratic Party -- arrived via the TO, TM (don't miss the comments here), and the Texas Standard.

Scott Henson at Grits for Breakfast links to an NYT piece that reveals a shocking test result: most crime labs analyzing DNA evidence accuse the wrong people of committing a crime.  And in his statewide roundup of criminal justice news, the Houston Chronicle's Keri Blakinger told the story of Texas inmates who are refused dentures.

The Texas Tribune via Progrexas writes about the $430 billion farm bill, which is nerve-wrackingly close to expiring, leaving Texas farmers in the lurch. 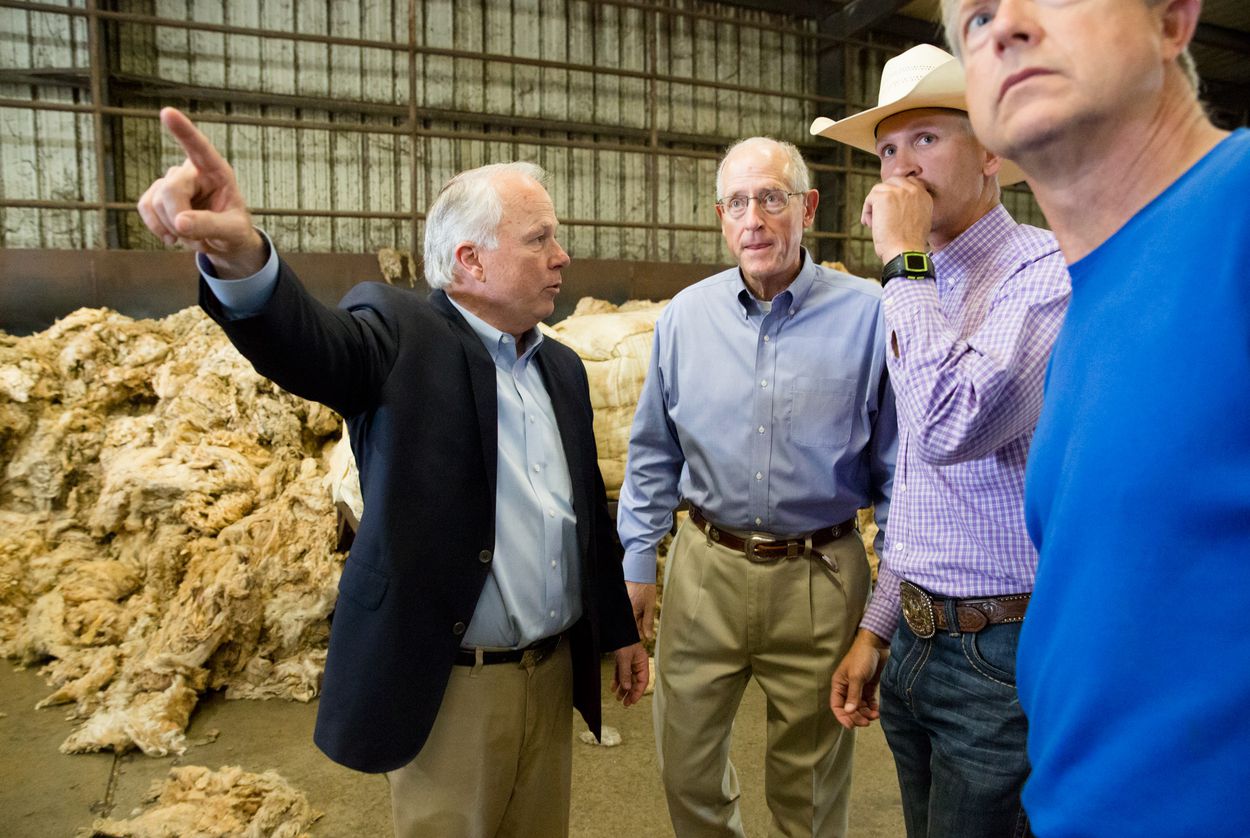 Congressional leaders are just days away from a deadline to work out a compromise on a massive farm bill or risk a lapse in funding for crucial safety net programs used by thousands of Texas farmers.

Ahead of a Sept. 30 deadline, Congress returns this week with just four legislative days to reconcile differences between the House and Senate legislation, pass the bill through both chambers and send it to the president’s desk before safety net funding dries up.

The bill, which comes with a $430 billion price tag over five years, is particularly important for Texas, which leads the nation in number of farms and ranches, according to the Texas Department of Agriculture. One in seven Texans also works in an agriculture-related job, according to the department.

The farm bill includes a vital crop insurance program for farmers that provides financial protection against crop destruction. The crop insurance program is the second largest program in the bill and made up 8 percent of the last farm bill. The insurance has become an increasingly important lifeline for Texas farmers, many of whom are struggling due to drought in west Texas or flood damage closer to Houston, said Laramie Adams, national legislative director of the Texas Farm Bureau, a group that advocates on behalf of Texas farmers and ranchers.

“They have no safety net, no way of surviving if you don’t have crop insurance in place in order to pick them up and allow them to be able to invest in the next growing season,” said Adams.


Much more at the link, including the politics complicating the matter.

Civil rights groups are changing bail practices in Texas one city at a time, writes Michael Barajas at the Texas Observer.

Murray Polner at The Rag Blog wonders if there are any honest and independent observers still available to sort out the truth.

David Collins has a review of Michael Moore's "Fahrenheit 11/9".

And Harry Hamid wishes he had another hole in his head where the memory of the presidential candidate he voted for in 2016 resides.
Posted by PDiddie at Monday, September 24, 2018