'A day that will resonate in history'

When Supreme Court pick Brett Kavanaugh and his original accuser Christine Blasey Ford deliver dueling testimony (later this morning), they will conjure drama of an intensity unusual even in the Trump administration. 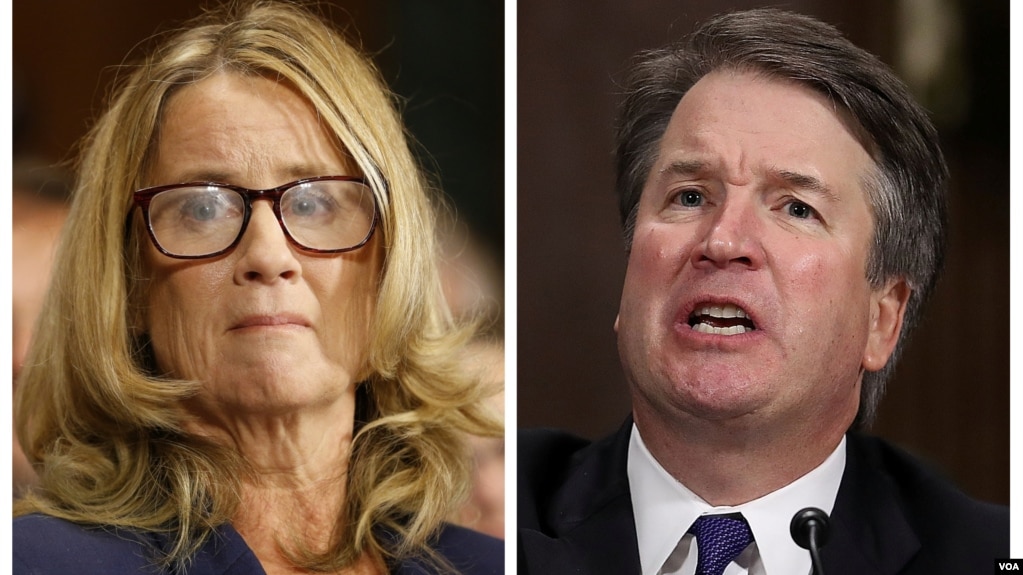 In Room 226 in the Dirksen Senate Office building, Kavanaugh will effectively stand trial after three women came forward with accusations about his conduct as a teenager in the alcohol-fueled youth party culture of the early 1980s.

"I will not be intimidated into withdrawing from this process. This effort to destroy my good name will not drive me out," Kavanaugh will tell senators, while denying all the accusations against him, according to an advance excerpt of his remarks. Kavanaugh also denied new accusations released in Senate Judiciary Committee transcripts Wednesday night.

But first, Ford will step forward to tell her story -- exposing herself to the world, instantly becoming an icon of the social revolution unleashed by the #MeToo moment and putting her own reputation and her family's safety at risk.

"I am here today not because I want to be. I am terrified," Ford will tell the committee, according to an early copy of her testimony.

Thursday is about far more than a painful and compelling human drama that will be decided not by a jury, but the votes of 100 senators. It is the culmination of decades of political and societal forces that have led up to a political pivot point.


I'll be live-Tweeting the hearings; follow along by keeping an eye on the top right box here.  If your Tweet feed gets as busy as mine does, it will help you separate the wheat from the chaff.

Another leading character in Trump's churning political melodrama, Deputy Attorney General Rod Rosenstein is waiting for his fate to be decided.

Speculation has been rife all week that he will be fired or resign in a meeting with the President on Thursday -- but Trump said at his news conference he was thinking of postponing their chat so he could concentrate on the Kavanaugh hearing.


Also covering that as well (my schedule today has been cleared).

Tomorrow night, Lupe Valdez and Greg Abbott debate, and Sunday evening is round 2 of Beto and Ted  Update: Postponed due to Kavanaugh developments.  So we're rested, ready, but not tanned for a weekend of heavy political action.  The blogs on the right, below the Tweet feed, will be updating continuously with the news you'll be looking for.  Brains and Eggs is your uncomplicated link source for the latest on everything that happens today and all weekend, mixing in a few toons and laughs to keep the tension less torqued.

Come hang out.
Posted by PDiddie at Thursday, September 27, 2018