Trump's cabinet: breaking all the rules

Including some rules of Trump's. 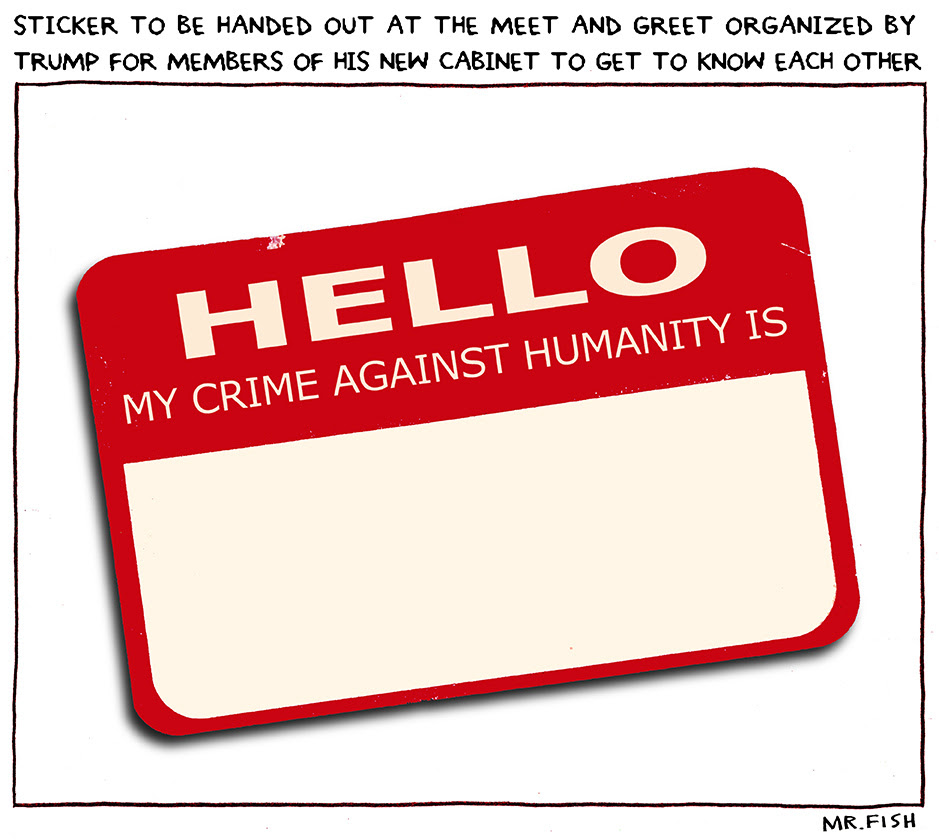 This morning's Vox Sentences saves me a lot of linkage work.


They didn't mention Tom Price for HHS or Ben Carson for HUD, but hey, it's been a busy week for all of us.  These new picks are almost capable of eclipsing his first ones, detailed last week here. 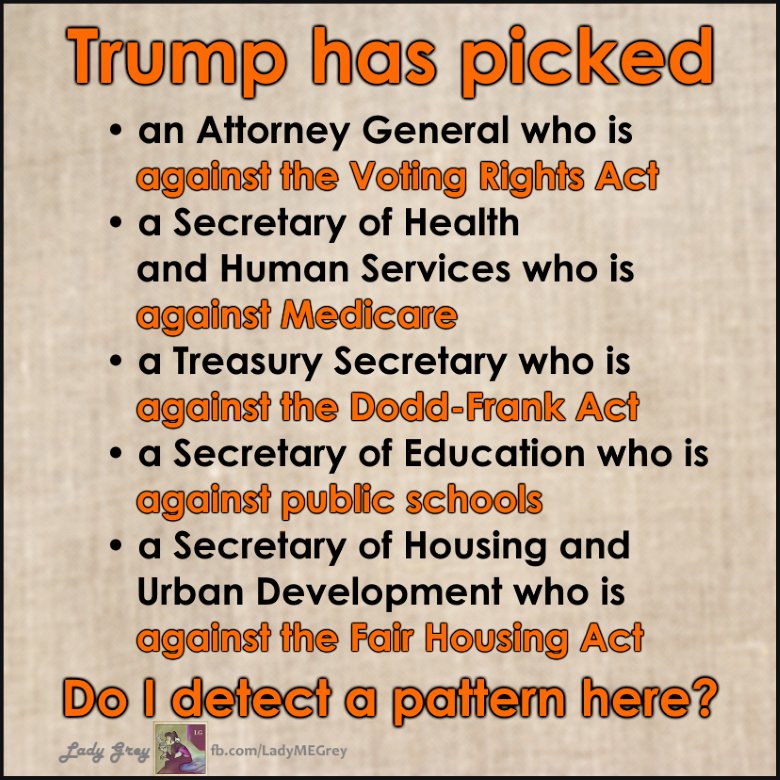 In another indication that Trump really does not care who he pisses off, Mitt Romney has indeed moved to the top of the pile for secretary of state.  Which beats the hell out of Rudy Guiliani and David Petreaus, I guess.

Update: Let's add fast-food magnate and now Labor Secretary-designate Andrew Puzder, who wants to replace all his workers with robots. And via Public Citizen...

More generals for the generals' cabinet:
1. Biggus Dickus for Secretary of State. If not him, Gen. Jack D. Ripper
2. General Tso for what, FDA?
3. Gen. Phil Sheridan, of infamous mal mot, to run the Bureau of Indian Affairs ... and I may be off to blog.