The FNG at the Treasury Department does not seem to be very good at math (or perhaps it's speaking truth he's bad at). 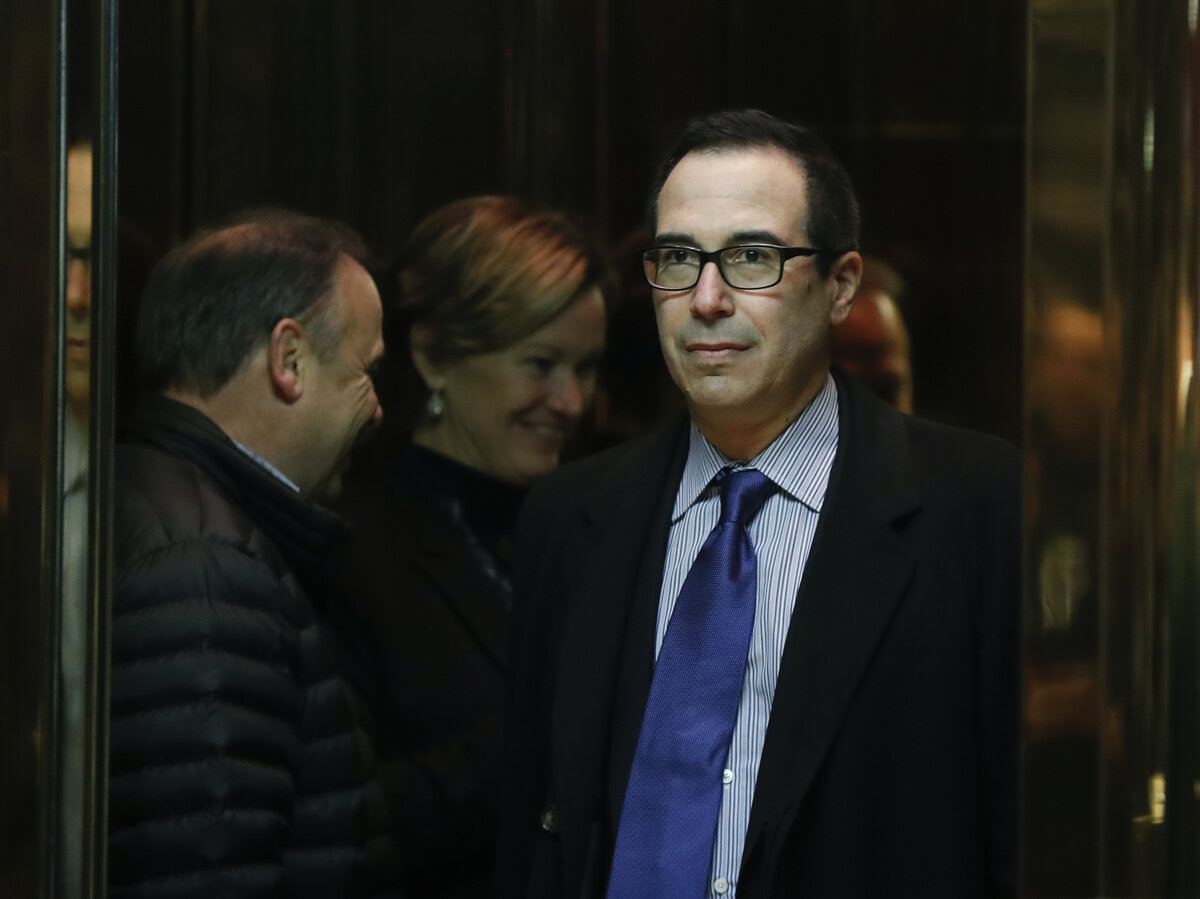 Newly designated for Treasury secretary, Steve Mnuchin told CNBC on Wednesday that Donald Trump's tax plan would contain "no reduction" in taxes for the rich. Yet an independent analysis of the president-elect's plan suggests that most of the benefits would, in fact, go to the top earners.

Shortly after confirming that he had been chosen for the role of Treasury secretary, Mnuchin told CNBC that the president-elect's cap on itemized deductions would offset all the other cuts high earners would receive.

But the nonpartisan Tax Policy Center said Mnuchin's comments don't square with Trump's plan. In an analysis that included the deduction caps, which include benefits from charitable giving and mortgages, the center found that those changes aren't large enough to offset lower income tax and capital gains rates for the top earners.


A dive into the numbers follows, and then this.

But Mnuchin may have overstepped the law of numbers when he said the wealthy will get no tax break.


Let's overlook that 'draining the swamp' campaign promise; I thought rich guys were supposed to be smart?  Since CNBC isn't on the WaPo list of fake news sites, and certainly can't be condemned as 'librul mediuh", I wonder when the Republicans will re-start the whining about budget deficits.  I'd put the over/under at somewhere between two years and four years, depending on how the 2018 midterms go for them.

Seeking Alpha also references the across-the-board tax cuts, as well as "killing many aspects" of Dodd-Frank and a maximum corporate tax rate of 15%.  I'm no economist but that scenario is a guaranteed money-loser.  Mnuchin made a shitpile of profit cleaning up after the Great Recession of 2008, specifically with his purchase of a California bank that earned the moniker 'foreclosure machine', so it stands to reason that he's the kind of guy who wants to go back to the days of the arbitrage gunslingers.

Let's schedule a watch party for Trump, Mnuchin, and some of their sycophants among the Wall Street gang to see Too Big to Fail and The Big Short.  I'll pop the corn.

Update: This is that guy.
Posted by PDiddie at Thursday, December 01, 2016