And did ... something.  Precisely what is a matter even the CIA and FBI cannot agree upon. 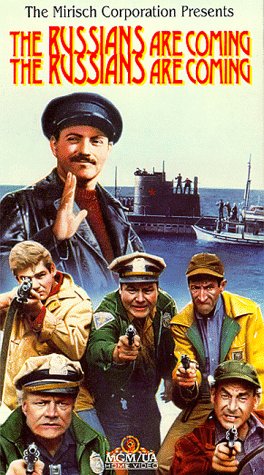 With fairly conclusive evidence that something electronic, computer-related, was done by some folks in Russia, it remains circumstantial that the Russian government was actually directing those efforts (the FBI's mandate being what can be proved in a court of law, as we saw with the original decision of theirs not to prosecute Hillary Clinton for sloppy handling of her electronic mail).  This despite the fact that the Russian government seems delighted with the appearance (the CIA's conclusion, which underscores how that agency weights inference) of their having played some role -- something to do with -- electing Donald Trump president.

The Office of the Director of National Intelligence, which oversees the CIA, has not endorsed their conclusion either.

"ODNI is not arguing that the agency (CIA) is wrong, only that they can't prove intent," said one of the three U.S. officials. "Of course they can't, absent agents in on the decision-making in Moscow."


Two other parties could not agree, either: Jill Stein, et.al., associated with the presidential recount effort and the Pennsylvania federal judge who asserted, in stopping the recount in that state yesterday, that her claim of 'foreign interference' was something that "border(ed) on the irrational".  Not particularly unusual when you are aware that even the Green Party's steering committee did not want to go forward with the recounting (but for reasons unrelated to alleged hacking).  And beyond the rationality or lack thereof associated with the Russian business, US District Judge Paul S. Diamond strongly denounced the recount effort despite glaring evidence that Pennsylvania has probably the most fucked-up election machines -- not to mention election laws -- in a nation chock full of the same.  But before I digress to the ending of the recount that occurred yesterday (the subject of a future post) let's finish with the Russians.

This 'something' that some Russians did with their computers lends itself to a broad range of -- to use Judge Diamond's word -- irrational conclusions, as Trump himself and more recently Keith Olbermann have demonstrated.  FTR I believe both of these men are as crazy as shithouse rats.

There are additional minor questions, such as whether or not the Russians 'hacked' the election by staging a barrage of 'fake news' that, in more subtle and thus immeasurable detail, swayed the electorate to Trump.  And even whether it was a leak, and not a hack.

Personally I remain disinclined to believe that the Russians hacked anything but John Podesta's and some RNC official's email.  Julian Assange -- or the Russians -- did indeed post RNC emails online, in August and despite recent reports to the contrary, so the suggestion that someone was attempting to push the election one way or another doesn't hold water.  But the fact remains that it was the content of the DNC emails that were damaging, although I can buy the counter-argument that they revealed precisely what the DNC and Hillary Clinton were already known to be: corrupt.  Rigging a primary in her favor despite her obvious and politically fatal flaws as a candidate.

That failure is on the Clinton Democrats.  Alone.  If you want it said a little nicer, read this.

Update: Don't feel bad if you still don't understand; not even Obama gets it.

“What is it about our political ecosystem, what is it about the state of our democracy where the leaks of what were frankly not very interesting emails that didn’t have any explosive information in them [...] ended up being an obsession, and the fact that the Russians were doing this was not an obsession?”


Update II: Despite new and ominous revelations, there still appears to be some disconnect between 'the Russians did it' and 'why did you write that in an e-mail'.

Neera Tanden, president of the Center for American Progress and a key Clinton supporter, recalls walking into the busy Clinton transition offices, humiliated to see her face on television screens as pundits discussed a leaked email in which she had called Mrs. Clinton’s instincts “suboptimal.”


“It was just a sucker punch to the gut every day,” Ms. Tanden said. “It was the worst professional experience of my life.”


Update III: More 'the Russians came all over the RNC, too" from The Smoking Gun, and this from Ann Althouse about how John Podesta originally got phished is priceless.
Posted by PDiddie at Tuesday, December 13, 2016

Obama "doesn't get it" because he, like the two professors of journalism/communications I scrapped with on Twitter on Monday night, is an elitist and a gatekeeper, among other things.

While I of course never would have voted for Trump, since he's an elitist himself, I can certainly understand ever more the perceptions about Clinton.

The problem with Olberman, and others like him, is that they don't recognize that a President Pence would be even worse.

As for whether they were leaks, hacks, or whatever, here's my latest take: http://socraticgadfly.blogspot.com/2016/12/a-few-quick-notes-on-alleged-russian.html